Israel and the Auto Industry: A soon-to-be love story? 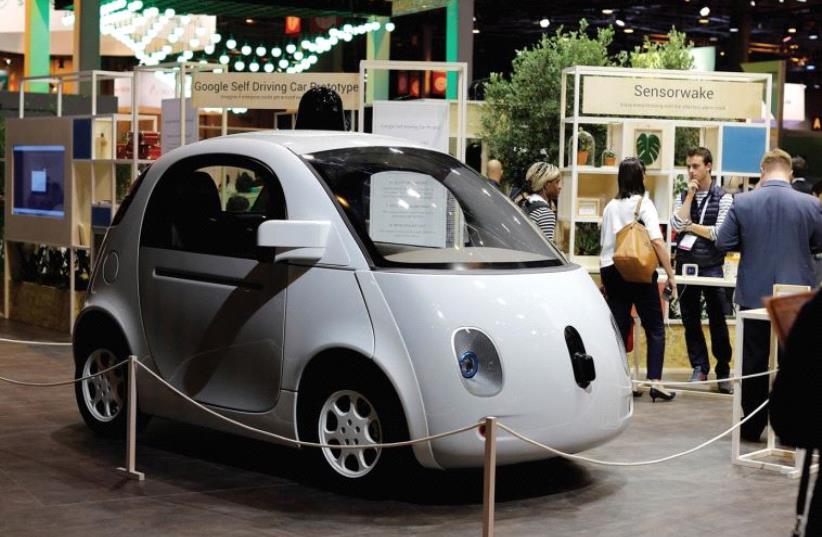 A SELF-DRIVING car by Google is displayed at the Viva Technology event in Paris, France, in June.
(photo credit: REUTERS)
Advertisement
Think auto industry and a number of locations come to mind: Detroit, Japan, Germany. Israel does not usually make the list.But that is starting to change as was evident by a visit here last week by Michigan’s Gov. Rick Snyder.Israel’s expertise in information technology and cyber security is making it a major player in the next big thing in the automobile industry: intelligent cars, Snyder told The Jerusalem Post in an interview during his visit.Prime Minister Benjamin Netanyahu, who met with Snyder for 90 minutes on Tuesday, said in a video posted on Facebook that Snyder told him Israel is the one place in the world where there is a great concentration of companies dealing with the technology of autonomous cars – cars without drivers. Israel has some 500 start-ups dealing with this new industry, Netanyahu said.Snyder, a Republican, came to the governor’s mansion in Lansing, Michigan, in 2011 after a successful career in venture capital. The development of intelligent and autonomous vehicles is “the most exciting area in technology,” he said.Autonomous cars, he said, are creating a convergence of the information technology industry with the traditional auto industry, as people with backgrounds in information technology are now dealing with the auto industry, and people in the auto industry are increasingly involved with IT.That, he said, means there is great potential for Michigan and Israel to work together, since Israel is “particularly strong in IT and Michigan is particularly strong in automotive.”A third piece of this puzzle also plays to Israel’s strength: cyber security, which Snyder said is essential when discussing intelligent cars.“Even today, cars can be hacked,” he said, referring to the ability of outsiders to disrupt the computers that are already such an integral part of today’s cars, adding that this will become even more of a problem when cars are self-driven. The more and more “intelligent” the cars become, he said, the more they will rely on information technology and the more they will become hackable.“So, it is important that we be preemptive and get on top of that as much as possible,” he said. “We are going to have to have cyber security [for cars] just as you do for your personal computer and mobile devices.”Aviv Ezra, Israel’s consul- general in Chicago who accompanied Snyder on his trip, said cars are increasingly becoming “computers on wheels,” giving Israel a great advantage in becoming a major player in this industry.“From my perspective as governor of Michigan, we are the center of the auto industry,” Snyder said. “I am not trying to say that I’m better than anyone else, but rather how do I create a wider network of partnerships where we find important resources and people that can add tremendous value. And one of the places we see that value-added coming from is Israel.”Snyder said, however, that Israel’s cooperation with Michigan will not show up in the state’s raw trade figures, because the state has a huge amount of physical goods going back and forth with a number of countries.“It is more the intellectual capital that is going back and forth in terms of creativity and innovation, and those types of relationships,” he said.Asked to what he attributes Israel’s advantage in this field, Snyder said it has to do with the country’s spirit of entrepreneurship and innovation, “an interest in going out and trying something new and not being afraid of having a failure.”The military also gives Israel an advantage in IT and cyber security, he said, noting how many start-ups come from veterans of military intelligence and national security units.“It is really a chance for people to get outstanding training and the ability to learn teamwork and how to work together,” he said.Although Snyder is the governor of the US state with the largest Arab-American population, he said he “hasn’t really” encountered any blowback to his visit to Israel, his second as head of a large business delegation since he took office.His first as governor took place in 2013. This puts Israel in the company of countries such as China, Japan, Germany and Italy – other nations the Michigan governor has deemed important to visit more than once.Asked about opposition at home to his trip here, Snyder said he makes sure to “dialogue with all the communities” in the state.“It is great to have the diversity in Michigan,” he said.“I’m glad we have the largest Arab community in the US in our state. We have a wonderful Jewish community [as well].”Snyder, who a week before coming to Israel signed two anti-BDS bills, believes there “will be no major political cost” for his coming to Israel.“You always get some people with some degree of concern, some people who may say something, but nothing on a broader scale,” he said.Ezra, however, said the Michigan governor’s support for Israel should not be taken for granted.“There is a community in Michigan that doesn’t love us,” Ezra told the Post. “It is a challenging state for Israel.This [support] is not obvious.This is not New York, it is not a given that the governor of Michigan will stand up and support Israel.”