The development of Leviathan, which is scheduled to take about three years, constitutes both the largest energy project and financial investment in Israel in the country's history.

Israel's natural gas
(photo credit: MINISTRY OF NATIONAL INFRASTRUCTURES)
Advertisement
The announcement that the partners of the Leviathan gas reservoir will invest $3.75 billion in its development is a devastating blow to the BDS movement, Eli Groner, director-general of the Prime Minister’s Office, told The Jerusalem Post on Thursday.The development of Leviathan, which is scheduled to take about three years, is both the largest energy project and financial investment in Israel in the country’s history.Groner hailed Thursday’s final investment decision (FID) for ending years of bureaucratic squabbles that all but froze Israel’s natural gas sector, the country’s largest resource, is officially on the road to development.
Israel"s Leviathan gas to supply Jordan in $10 bln deal (credit: REUTERS) 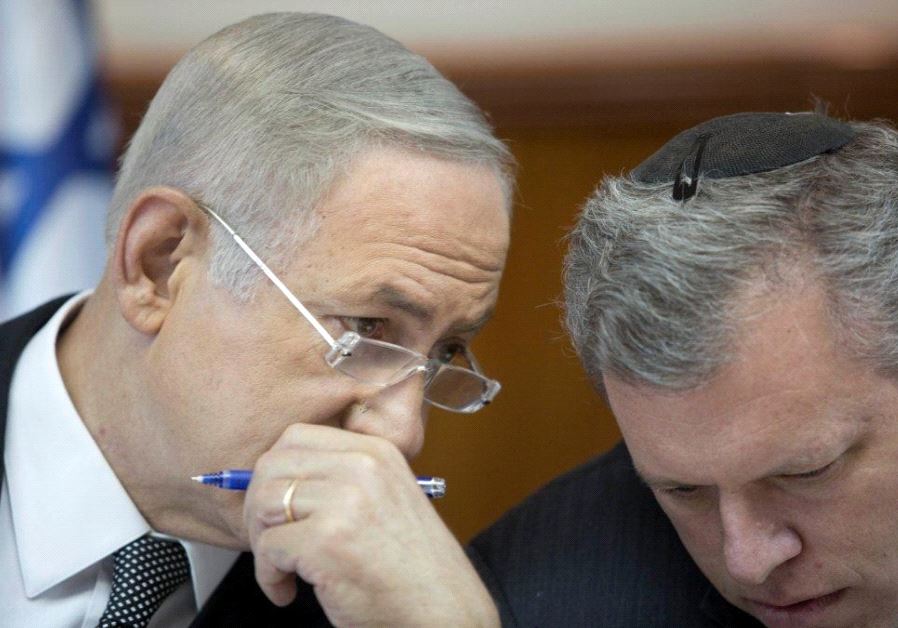 “After seven years, after embarrassing delays, the message we’re getting today is that Israel is comfortably on its way to achieving full energy security,” Groner said. “This is the biggest investment ever in Israel.”Gas is expected to flow from the Leviathan reservoir to Israel’s shores by the end of 2019. The reservoir, located about 130 km. west of Haifa, will not only boost domestic gas supplies, but will also likely serve as an export outlet for Israel’s immediate neighbors and the wider Mediterranean region.Houston-based Noble Energy holds a 39.66% share of the Leviathan reservoir, while the Delek Group’s subsidiaries Delek Drilling and Avner Oil Exploration each have 22.67% and Ratio Oil Exploration has 15%.“In an era of the BDS [Boycott, Divestment, Sanctions] movement, when the Israeli government is going to such efforts to thwart BDS, this is a great victory,” said Groner, who was a guiding force on behalf of the Prime Minister’s Office in recent gas negotiations.“Almost tragically, there were many voices within Israel from the populist side that did everything in their power to thwart this investment,” Groner continued. “But thanks to leadership of Prime Minister Benjamin Netanyahu and Energy Minister Yuval Steinitz, the haters were not able to succeed, and Noble was convinced that this is a place that’s worthwhile to invest in. The next stage is to ensure that many other energy exploratory companies form around the world will invest here.”“If you look at the history of the 20th century through the lens of energy, you realize that countries around the world would go to war over types of reservoirs that we had under our noses,” he said.Steinitz also celebrated the announcement, declaring that the FID puts an end to the claims of those who objected to the gas outline.“If we continue on a responsible and steadfast path, we will also succeed in discovering more gas fields, positioning Israel as an important player in the energy market alongside our neighbors in the Middle East and Europe,” Steinitz said.The energy minister pointed out the numerous benefits of the field to Israel, including financial profits, clean air for future generations and an increase in energy security.Netanyahu also voiced his support for the investment, adding that the process “provides a gas supply to the State of Israel and promotes cooperation with neighboring countries in the energy sector.”The $3.7b. project budget adds to the already approximately $1b. invested in various exploration, appraisal and planning activities to date.“Development of the Leviathan project is another milestone in the fulfillment of Israel’s energy security and will bring benefits in the air quality and health of Israel’s citizens, who will also benefit from increased government revenues and from a path to better relations with their neighbors in the region,” Bini Zomer, Israel country manager for Noble Energy, said on Thursday.