In the center of Jerusalem on Hanevi’im Street, Azorim Investment and Development has built Hanevi’im Boutique, a seven-story structure that includes 87 luxury apartments and a boutique hotel. 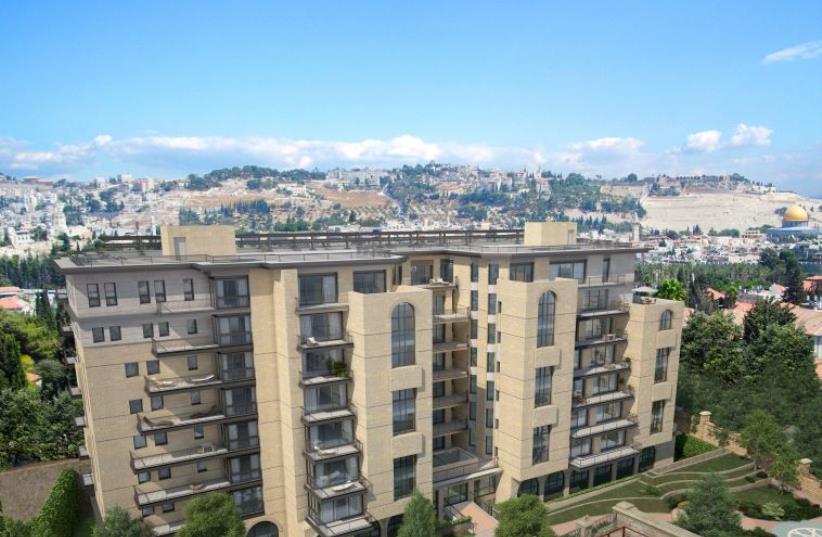 Hanevi’im Boutique
(photo credit: Courtesy)
Advertisement
In recent years the real estate market in Israel has undergone dramatic changes, especially in regard to upscale residential properties. Properties valued at many millions of dollars can be found on the Tel Aviv water front, in country estates in the central region and especially in Jerusalem .Jerusalem is a special case. It offers very luxurious residences in the center of the city.But a luxury residence in Jerusalem, the holy city with a long history, offers much more. The city has been continuously inhabited for some 5,000 years. Living in the center of the holy city offers both a spiritual and historical experience. The spiritual and holy aspects attract a religiously-minded clientele, while the historical aspects attract secular buyers who find it exciting to own property in a city that is holy to the three great  monotheistic religions and its numerous historic sites.Many of the historic areas of Jerusalem are being upgraded.  Water and sewage infrastructure is being upgraded, as are roads and pavement, a process which is attracting real estate developers who are building luxury residential buildings.One of these is Hanevi`im Street (street of the prophets), a historic street in the city center with many lovely historic buildings.
Its heyday was the early 20th century and in those days many of the consulates accredited to British Palestine were located in the street. The street also has a number of Mediterranean European style palatial residences with large gardens behind high stone enclosing walls.With time, the street lost its residential appeal as the affluent residents left for areas that were becoming more fashionable.But now the street is regaining its former glory. The Jerusalem Municipality has set up a special administrative body whose task it is to develop the old city center, downtown as it were, and this also includes Hanevi`im Street. The main aim is to develop it as an attractive commercial, cultural and especially residential center. With a budget of NIS 450 million it is quickly modernizing the area. The rundown infrastructure is being modernized and upgraded, and the process is once again attracting the city's affluent elites.The centrally located  Hanevi`im Street is parallel to Jaffa Street, the city's main thoroughfare, which is also the venue of the light rail, a modern tramway system that connects downtown Jerusalem to the outlying areas of the capital.The center of Jerusalem,of which Hanevi`im Street is part, currently has some 1,200 businesses, shops, restaurants, coffee houses and fashion boutiques which have made it into a thriving tourist location. It has currently 1,020 hotel rooms, and by 2020 it will have 1,500.The current upgrading of the area has also increased  the residential appeal of the area and currently 900 residential units are in the building and planning process. Some of these residential projects are multi-purpose, usually residential cum tourism. These projects include, besides residential units, hotel rooms, because the municipality master plan for the area includes tourist facilities in the area and these include hotel rooms.One example of this trend is the compound which is the brain child of Azorim, one of Israel’s leading real estate development companies. In the center of Jerusalem on Hanevi’im Street, Azorim Investment and Development has built Hanevi’im Boutique, a seven-story structure that includes 87 luxury apartments and a boutique hotel on the lower floors.  This is an exceptional project. It is located in the heart of Jerusalem, within walking distance of the capital’s religious, cultural and commercial centers. These include the major commercial thoroughfare of Jaffa Road, restaurants, coffee shops and pubs, the Jerusalem Theater, the Jerusalem Great Synagogue, the Old City and the Western Wall.The architectural design blends in with the surrounding area, which has a distinct 19th-century ambience. However, the building and the apartments feature the latest in building technology. The project includes two-to five-room (one to four bedrooms) apartments and magnificent penthouses. Each apartment has private underground parking, a very important detail in central Jerusalem, where parking is a big problem. In addition, each apartment has a private storage room on the basement floor. 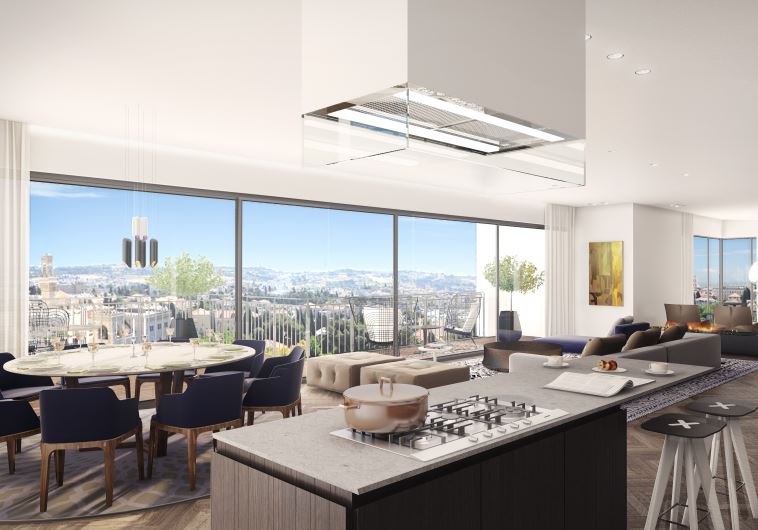 The project has been adapted to the needs of overseas buyers who want a foothold or a holiday home in Jerusalem, as well as local and overseas buyers who want a home in the capital.The two-room apartments are very suitable as pied-à-terres, while the penthouses are spacious, elegant residences.From the terraces on the east and south sides of the building there are magnificent views of the Old City of Jerusalem; from the west side, there are panoramic views of the modern capital. 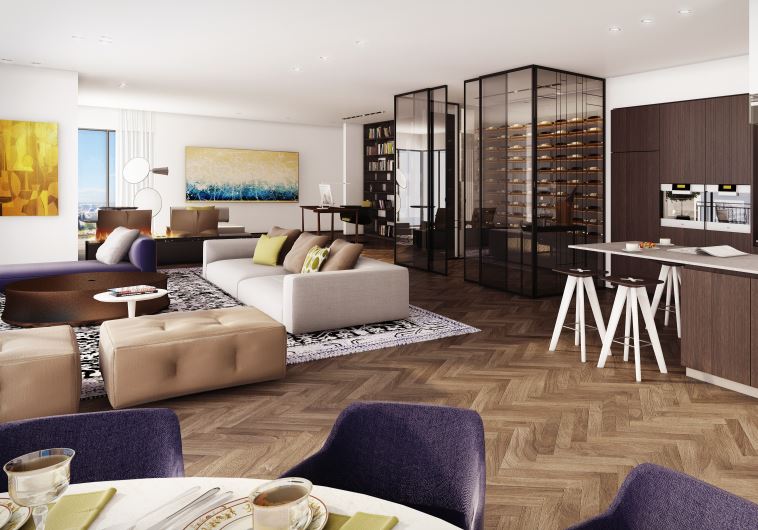 Hanevi’im Boutique offers residents a residence in a historic location, within walking distance of the capital's more important shopping and leisure centers as well as its religious cultural centers.One of the advantages of living in Hanevi’im Boutique, especially for overseas buyers,  is the boutique hotel, that when built will  provide residents with hotel services, such as restaurants and coffee shops that serve light meals, and the lobby and lounge, where they can entertain guests.An additional selling point for this project is land ownership. It is built on private land in a city where most properties are built on leasehold land. 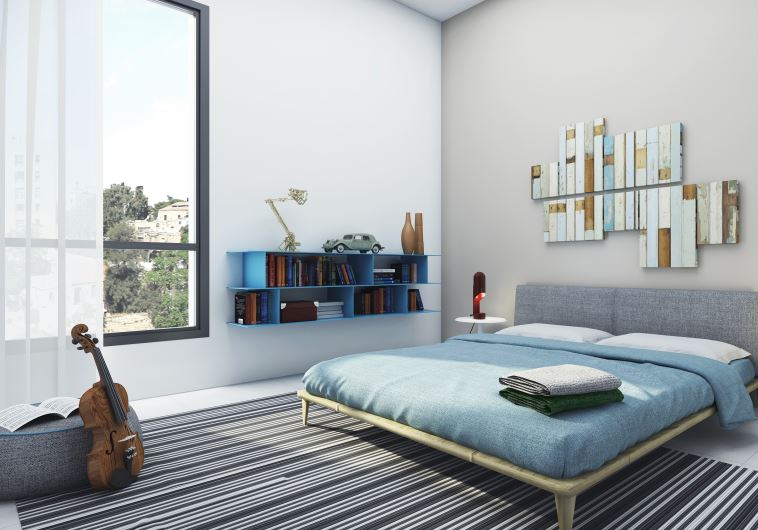 Dror Nagel, Azorim CEO says, “Hanevi’im Boutique at 25 Hanevi’im Street, is proof that the area is being upgraded. In the past few years the Jerusalem Municipality has made substantial investments in downtown Jerusalem, an area which had been neglected and left to run down for several decades. The completion of the light-rail project and the incentives for developers to open businesses here has significantly raised the quality of life in the city center and has enhanced its appeal as a place to live in. People are attracted to areas with a historical ambience near cultural and entertainment centers.”