The Histadrut on Monday released a list of 256 local authorities that would be on strike, and said that trash collection and parking inspectors would not operate. 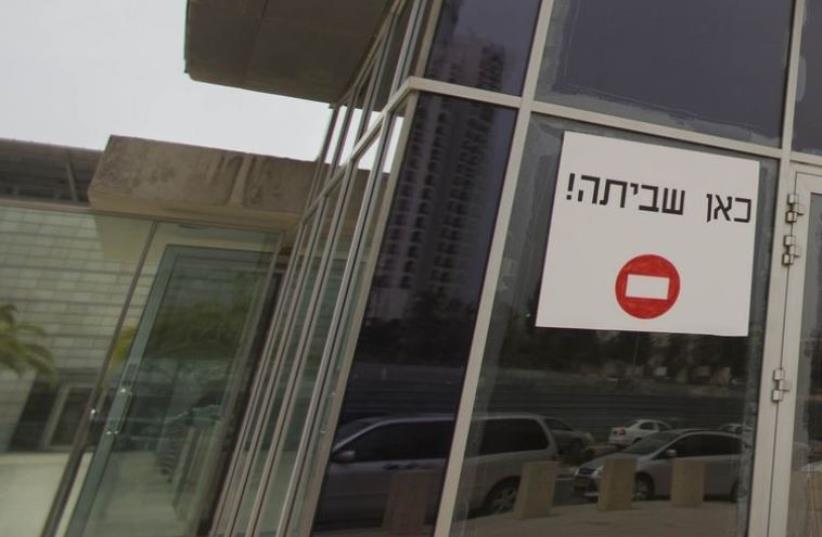 A sign on a business notifying of a strike
(photo credit: AVSHALOM SASSONI)
Advertisement
Come Wednesday, Israelis could find themselves drowning in trash, but also getting away with illegal parking.The Histadrut labor federation is planning a local authorities strike, in protest of a disagreement on payments. In an earlier wage agreement, the Local Authorities Council was supposed to make a bonus payment of NIS 1,000 to workers in January; the Histadrut says it failed to do so.The Histadrut on Monday released a list of 256 local authorities that would be on strike, and said that trash collection and parking inspectors would not operate.Administrative staff at schools and daycare centers are to stay home as well, though an exception would be made for special education workers.Local religious councils and construction and infrastructure planning activities would not work.“For the past two years, the Histadrut has proven time and time again that in the end, we can reach an agreement without a strike,” Histadrut chairman Avi Nissenkorn said.Indeed, the vast majority of major strike threats in recent years have resulted in last-minute agreements, with the notable exception of strikes in the South over Israel Chemicals plants shutting down in the run-up to the March 2015 general election.