The parties signed the radar memorandum of understanding within the framework of the Indian business delegation that is accompanying visiting Prime Minister Narendra Modi. 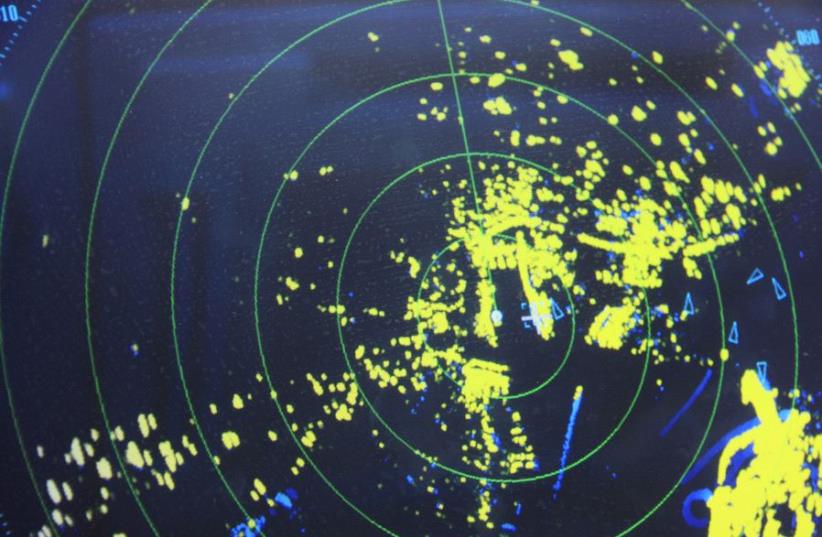 Radar [Illustrative]
(photo credit: ING IMAGE/ASAP)
Advertisement
In a venture expected to be worth tens of millions of dollars, the Mumbai-based Mahindra Group multinational conglomerate signed an initial deal in Tel Aviv on Tuesday to work with Israel’s Shachaf Engineering on radar production.The parties signed the memorandum of understanding within the framework of the Indian business delegation that is accompanying Prime Minister Narendra Modi during his current visit in Israel. Assuming the memorandum progresses into a full-fledged agreement, the Mahindra Group’s subsidiary Mahindra Telephonics will work with Tel Aviv-based Shachaf Engineering to develop strategic subassemblies and systems for aerospace, marine and automotive applications.“Both entities are part of large business houses with diversified yet complementary interests in strategic electronics,” said S.P. Shukla, chairman of Mahindra Aerospace and group president for aerospace and defense at the Mahindra Group. “We believe that this Indo-Israeli collaboration would synergistically combine our capabilities with technical strengths of Shachaf Engineering.”The work would involve design, manufacturing and sourcing activities in Israel and India, as well as technology transfer and training organization, according to the companies.For the time being, the partners plan to focus on the next generation of a specific type of aerospace radar, which is currently being developed, produced and tested in India, Zeev Harel, CEO of Shachaf Engineering, told The Jerusalem Post. The aim is to move the design, production and testing of specific subassembly components over to Shachaf by January 1, which could lower the total cost, he explained.“It is not only my belief but our commitment to Mahindra that we will lower the total cost they pay in India, have a better supply chain and reduce the total [cost of materials],” Harel said. “This will allow Mahindra to have a better balance sheet and a better delivery of components from the US, because we intend to purchase those for the next three years in a one-go.”The companies, Harel added, are in final discussions as to which third-party firm will provide the electronics manufacturing services in Israel.For Jayanta Chatterjee, CEO of Mahindra Telephonics Integrated Systems, the partnership is a “winwin” collaboration for both parties. He expressed hopes that the memorandum of understanding will be converted into a commercial agreement as soon as possible.“We have been working with Israeli companies for a quite a while now,” Chatterjee told the Post ahead of the signing. “We have collaborations with a lot of companies and I think it’s a really positive cooperation with a lot of promise and strengths.”Chatterjee stressed the importance of furthering Indian-Israeli collaborations.“I’ve been working with Israelis for a long time in various capacities,” he said. “I think there is great opportunity and promise in the relationship.”Within that framework, Modi’s visit can only serve to benefit entrepreneurs in both Israel and India, Chatterjee said.“This will have a very strong and positive impact on business between the two countries,” he said. “It’s strong and I’m sure that with this visit, it will move [things] to another orbit.”