Thousands of guests and representatives of dozens of companies from around the world are gathering this week at the Tel Aviv Port to participate in the 7th annual Israel Mobile Summit. 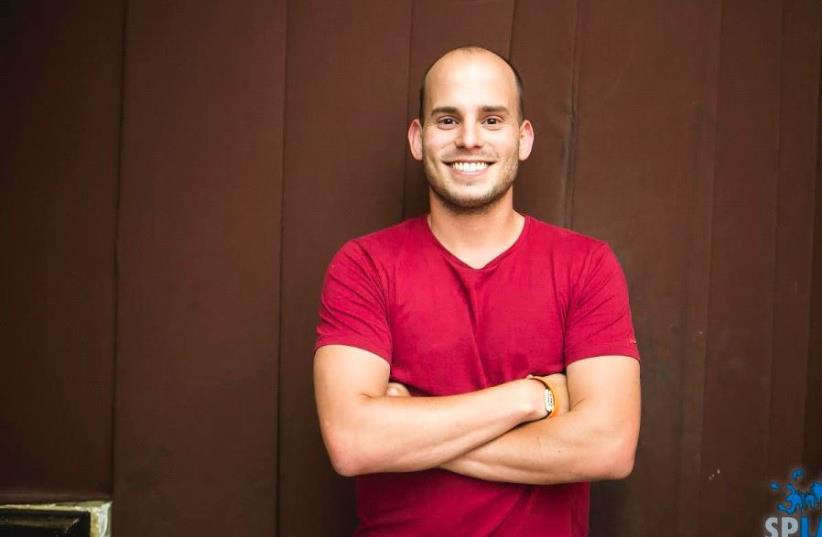 Splash Ventures' Guy Katsovich
(photo credit: INBAR LEVI)
Advertisement
Splash Ventures, a new accelerator program for Israeli start-ups will operate in Los Angeles. The city has the third-largest startup ecosystem in the US, after Silicon Valley and New York according to the 2015 Global Startup Ecosystem Ranking Report.Splash is launching its drafting process for the first cycle for 6 chosen Israeli start-ups, which will participate in a 3-month program in LA this August. As part of its program, Splash will provide practical assistance in branding and marketing, business development, and venture capital-raising The Israeli entrepreneurs will meet with leading figures in the Los Angeles tech ecosystem, including investors, executives and innovation managers in accelerator programs and corporations, as well as entrepreneurs and professionals.“Our vision is to be the bridge between innovation in Israel and Los Angeles, leveraging the entrepreneurial spirit and fast pace that are abundant in both places”, said Guy Katsovich, Managing Partner at Splash. “Our goal is to make Splash synonymous with connecting the Israeli and LA tech industries, becoming the go-to organization for Israeli entrepreneurs who want to connect to this dynamic city.”The tech and venture landscape in Los Angeles is also the fastest growing in the US.Last year, the city’s start-ups received around $3 billion in funding, around six times more than in 2012. Over 60 active venture capital funds operate in Los Angeles, and a significant number of start-ups that have crossed the $1 billion mark in recent years (including: Snapchat, Tinder, BuzzFeed, The Honest Company, Dollar Shave Club, and more). This is in addition to the more established corporations and brands, such as Disney, NBC Universal, Fox, Forever21, as well as the WME and CAA talent agencies, which own venture capital funds that operate on their behalf.The city also has several major advantages, including a large number of leading universities (UCLA, USC, and Caltech), mild-to-warm weather, a “relaxed” atmosphere, proximity to Silicon Valley, and a cost of living that is 30-40% lower than Silicon Valley and New York City.Splash Ventures was founded by three partners: Daniel Gold, Yair Vardi and Guy Katsovich. Gold and Vardi, will leverage their long-standing experience working with the Los Angeles start-up scene to lead the strategy and business development activities in the city, along with managing the accelerator program; Katsovich, who served as managing director of 8200 EISP, one of Israel’s leading early-stage accelerator, runs the operations in Israel and will support those in Los Angeles.Eyal Rachmanov, formerly CTO of the startup Steach, had recently joined to Splash’s team in Israel.Last February, prior to its launch, Splash sent a start-up delegation comprising of 8 select Israeli companies, enabling them to get acquainted with the local start-up scene in Los Angeles. Within the four days, the program partners set 16 meetings for the 8 entrepreneurs, and two investment agreements were closed.

Israel Mobile Summit Thousands of guests and representatives of dozens of companies from around the world are gathering this week at the Tel Aviv Port to participate in the 7th annual Israel Mobile Summit, organized by Ofir Leitner . Visitors hailing from the US, Germany, the UK, Nigeria, and Taiwan all came to Israel for the biggest mobile conference in Israel, enabling them to sit in on lectures and panels, or meet one-on-one with investors and entrepreneurs to discuss the newest and most innovative mobile technologies coming out of Israel.Participating startups have been picked carefully, and many of them have used the summit as a springboard to become international success stories, such as the taxi app Gett and augmented reality driving safety app iOnRoad, which carried out a successful exit. Displaying their innovative new ideas this year will be Moojis, which uses your own face to create a cool emoji, and Capester, with which you can report everyday wrongdoings by filming and submitting legally admissible videos.Israel is also a world leader in AdTech, and a number of Israeli startups are presenting their innovative AdTech technologies at the summit and meeting with colleagues from around the world to discuss investment opportunities in the advertising field.“I’m so excited to see how the Israel Mobile Summit grows from one year to the next,” said Leitner. “What began six years ago as a local initiative has morphed into a leading conference that draws participants from around the world.”If you run a young startup, have developed an interesting app or have a question, please feel free to contact info@social-wisdom.com.Translated by Hannah Hochner.
Advertisement
Subscribe for our daily newsletter