Economy minister: Increase exports to the US 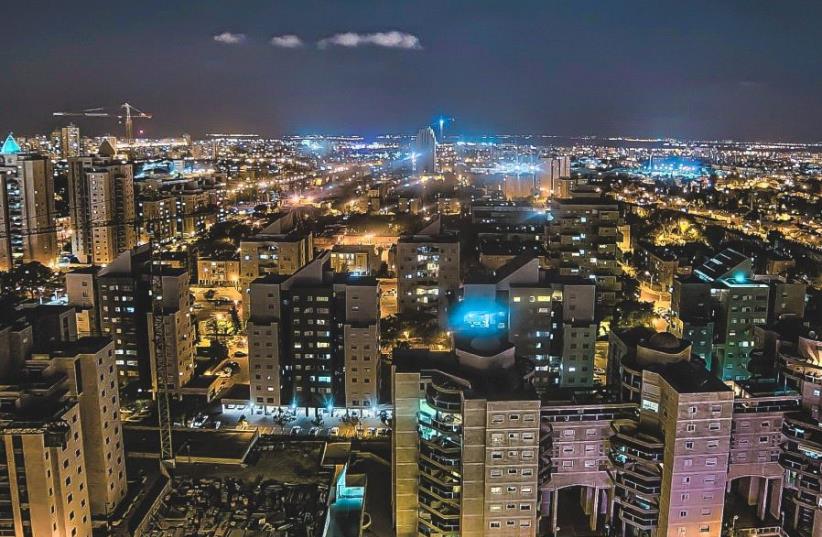 Night falls over Beersheba’s city center, which is quickly becoming a hi-tech hub for Israel
(photo credit: BEERSHEBA MUNICIPALITY)
Ahead of US President Donald Trump’s visit this week, Economy Minister Eli Cohen called upon Israel to significantly increase its exports to America.“The United States was, remains and will be Israel’s most important trading partner,” Cohen said on Sunday. All in all, Israel’s volume of goods traded with the United States amounted to $27b. in 2016, with Israel exporting $17.6b. worth of goods to its partner and importing $9.4b. worth of goods, according to the Economy Ministry. Excluding diamonds, the volume of goods traded between the two countries stands at $20.3b., rising from $19.8b. the year before, data from the ministry said.Israel was first country to sign a free trade agreement with the US – in 1985 – while the US was the second country to sign one with Israel, second only to the European Union.Israel is the 12th largest target market of the US in terms of per capita exports, and despite being relatively small, the country is the 25th largest target market for US exports in general, the Economy Ministry reported. Trade in goods accounts for about 50% of the total financial activity between the two economies, while trade in services accounts for 19% and the flow of investments makes up the remaining 31%, the ministry data said.Aside from diamonds, exports of Israeli goods to the US are mainly concentrated in two areas: chemicals (including pharmaceuticals) and electronic equipment, the ministry said. Imports from the US, meanwhile, are mainly in the electronics, transportation equipment (primarily aviation) and chemical sectors.In addition to looking at trade quantities, the Economy Ministry report on Sunday also highlighted the large number of American companies that have manufacturing plants and R&D centers in Israel, as well as the sizable investments both countries have made in each other’s businesses. In 2014, US investment in Israel stood at $9.7b., while Israeli investment in the US reached $6.1b., the ministry said.Also critical, according to the ministry, are the research and development partnerships between the countries, including the more than 800 projects funded by the Binational Industrial Research and Development Foundation.While primarily focusing on the US-Israeli economic relationship on Sunday, the Economy Ministry also announced a new partnership with Canada that afternoon. The province of Quebec and the ministry’s Israel Innovation Authority initiated a $12 million bilateral program, with each party committing $3m. to joint industrial R&D projects, to be matched by participating research partners, over the next five years.