AngelSense co-founder Nery Ben-Azar speaks to the 'Post' about his enterprise's tracking technology for children with special needs. 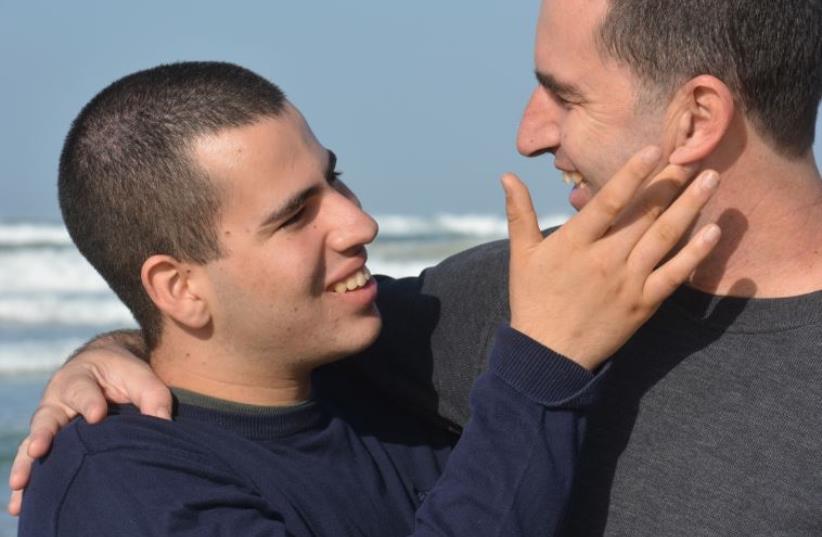 AngelSense co-founder Doron Somer (R) and his son Itamar‏
(photo credit: PR)
Advertisement
“Saving lives isn’t something everyone gets to do at work every day,” says Nery Ben-Azar, graciously reflecting on his work.Ben-Azar runs the innovative startup AngelSense along with his business partner Doron Somer. They are aiming to create a safer world for children with special needs with their specially-designed GPS tracking technology that serves as a type of digital guardian angel. The AngelSense solution, which went on the market in January 2014, includes a portable GPS monitor that attaches to clothing or a magnetically-secured belt, that can only be removed with a magnet. The data from the tracker is transmitted to the parents through an online and mobile app. The concept for the technology materialized after Somer - whose 18-year-old son has autism - approached Ben-Azar with the idea, noting that nothing like it existed. AngelSense made waves in the American media last week when its tracking mechanism proved crucial in saving a 15-year-old girl with Asperger’s syndrome - a disorder on the autism spectrum - from a sexual predator. Ben-Azar explains that the device is unique in that it can pinpoint the wearer’s exact location along with deviation from known or routine settings, saying this was the exact situation in which the teenage girl from Texas was saved. “The event started because our analytical software identified that she was in a place that she had never been before,” he told The Jerusalem Post on Wednesday. Upon notification of her daughter’s unusual whereabouts, the teen’s mother was able to remotely activate a listening and microphone device, after which she was horrified to realized her daughter was under sexual assault. According to local media reports, the girl’s attacker spotted the GPS device and asked the girl to remove it. The man reportedly stopped the assault when the victimized youth told him that only her mother could take it off. The suspect then allegedly dropped the girl off at a location near her home where her mother found her running frantically. Police are still searching for the suspect, according to local reports. Ben-Azar says that AngelSense is not just a business venture seeking profit, rather it is a social venture aiming to benefit the greater community of families with special needs members. “We are incrementally aware of the challenges of the families, and the technology really works,” he says, adding that the unfortunate incident in Texas was proof of the device’s life-saving abilities. The product works for both highly-functioning children with special needs, as well as those who are mostly uncommunicative, he highlights. While AngelSense conducted successful pilot tests in Israel, its main client base is currently in the United States. In line with the venture’s mission to help children with special needs and their families - who often have to invest more time with the kid, making full-time work outside the house difficult - AngelSense’s customer service team is staffed by parents of children with special needs. “The market we are targeting is actually the same one that the company is built from,” says Ben-Azar.He adds that while AngelSense employs some seven or eight mothers of children with special needs, in the coming future the enterprise seeks to bring in more such employees in order to be able to protect "tens of thousands of children."