The state of Israeli real estate: Problems and solutions

By JOHN BENZAQUEN
JULY 2, 2017 15:54
A crane is seen next to Har Homa in Jerusalem
(photo credit: REUTERS)
Advertisement
The real estate industry in Israel is undergoing big changes. Some would say that we are at a crossroads and that the era of hefty price increases is coming to an end and that housing starts are beginning to catch up. Some dispute the figures and say that it is too early to predict the long-term trend of the real estate industry.For the past 18 months, Roni Brik has been president of the Israel Builders Association, the representative body of the contractors and developers in this country. In this interview, he explains how he sees the current state of the real estate market and how it is possible to solve the long-term crisis of the housing shortage and rising prices.He says, “The current state of the real estate market is very favorable for us contractors and developers. We are undergoing a change from a very unstable market to a stable market.From a market of hefty price increases to one of normal, moderate price increases.”According to government statistics, real estate prices are falling. Do you agree? No, I don’t. The figures that show a fall in house prices are for the last months compared to the months before. Furthermore, they include the price of subsidized housing.Prices should be monitored on an annual basis. Including subsidized housing in the national price average produces distorted figures.Nevertheless, there are positive developments. Price rises are moderate. Our Economic Department estimates that prices will rise by approximately 4.5% this year and by 3.5% in 2018. For us this means stability.Dramatic price increases are harmful for us. When we get financing for our building projects, we have to put up one-third of the costs. When prices rise, they force up the price of land and the price of labor. The cost of the project increases and so does the amount of money we have to put up. Furthermore, in an unstable market, we can’t make long-term plans. For us, the current stable situation is very favorable.What are the current major problems of the industry? The shortage of building land, the shortage of labor and the regulatory regime under which we operate. The shortage of land has somewhat abated. Most, if not all, of the land marketed by the Israel Land Authority is for target price projects. The Finance Ministry now allows those entrepreneurs who have won the land tenders to use 60% of the land for target price projects. That is, for young couples or for families who don’t own a home.The remaining 40% of the land can be used to build housing for the general public. This has greatly improved the problem of land scarcity.The next big problem is shortage of construction workers. That is one of the major reasons for the rise in our production costs, which have risen greatly in the past five years.I hope that this problem will be alleviated by the agreement with China, which will bring in Chinese construction workers.I want to say a few words about Palestinian construction workers. They do excellent work.We are very satisfied with their quality of work, but we have a problem. For them to start work at 7 a.m., they have to get up at 4 a.m. And to get home, they have to stop work at 3 p.m.The shortage of land and workers is not only a problem for us developers, but it is also a problem for the government. If they want to solve the problem of the housing shortage and rising prices, they must make land available.And they must make sure that we have a work force sufficient for the current needs. We are also operating under impossible regulations.They increase costs and are one of the reasons for the constant rise in real estate prices. 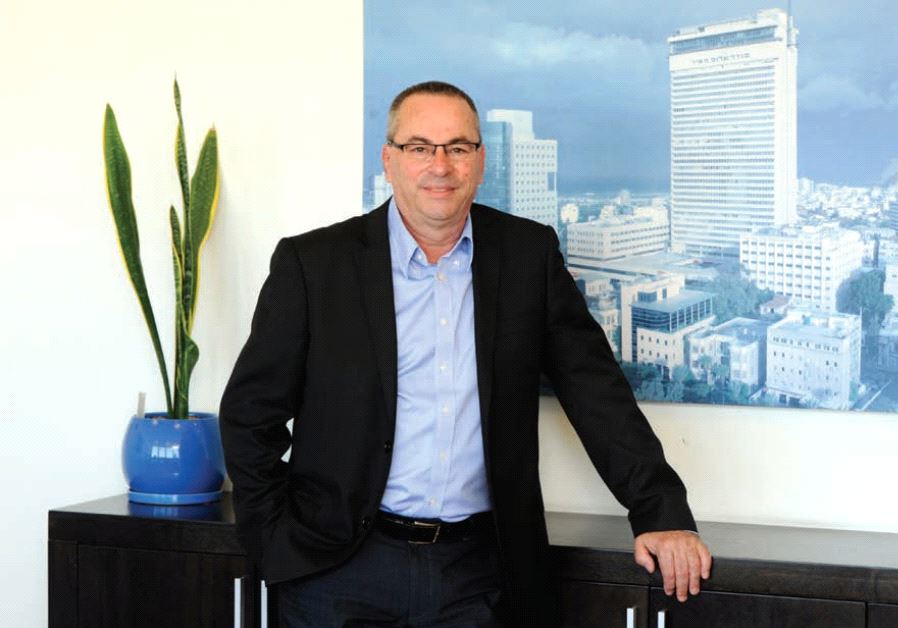 Can you give me some figures? The current accumulated shortage of housing is 149,000. Since the year 2000, housing starts have usually been less than the annual creation of households.In 2016, some 58,000 households were created; and during the past five years, the annual average was 54,000. In 2016, housing starts amounted to 53,300. Average annual housing starts during the past five years amounted to 48,840.The upward pressure on real estate is caused primarily because demand exceeds supply. As long as this is the case, there will always be an upward pressure on housing prices.And as one can see from these figures, the accumulated shortage of housing rose since 2000 by nearly 50% -- from 105,000 to 149,000 in 2016. For this shortage to disappear in the next 10 years, we will need annual housing starts of nearly 75,000 provided that the creation of new households during those 10 years will amount to 60,000 on average.According to the calculations of our Economic Department, by the year 2050, we will need three million additional homes.That means doubling the existing housing stock. That means overhauling the existing marketing process of the Israel Land Authority.Are you up to it? Yes, we are. In the 1990s, during the years of mass immigration from the former USSR, annual housing starts amounted to 100,000.Today, housing starts are much less. But if we compare the amount of square meters constructed, even now we are not lagging far behind.From your perspective, are the target price projects and the roof agreements positive developments? Yes, they are very positive developments.The target price program will allow a lot of young families and not so young familieswho never owned a home to have a chance to acquire a home because these homes will be heavily subsidized.I also believe that the roof agreements [heskemei gag] are a good thing.The central government finances part of the infrastructures necessary to increase residential building projects. And that is a good thing.Yet despite the fact that the target price program is a positive development, it has some drawbacks. It only caters to young married couples and families of a low socioeconomic level who have no home of their own. From a statistics perspective, they account for only a small percentage of the population. The program does not provide housing for most of the residents of this country. Consequently, there is a lot of canned demand from these sectors of the community. I’m afraid that the day the program is terminated, demand for housing will skyrocket, and I fear that prices will rise as well.Can prices rise higher than they are today? In the last decade, prices have doubled, yet wages have increased by some 33%.Real estate prices have indeed reached very high levels. But you have to bear in mind that this is a free market. Prices are a result of supply and demand. This means, among other things, that these are prices the public can sustain; otherwise, there would be no sales.I want to point out that these high prices apply to the central areas of the country and are the result of high land prices. In areas such as Afula, Shlomi and Afikim, prices are much lower. With the recent developments in transportation infrastructures, these areas are less than an hour away by train, bus or car from employment centers.Prices in these areas are indeed lower, but the reason demand is weak is that the cultural infrastructures are weak. People also prefer to work relatively close to home.You’re right about that. The government never had holistic development plans for these areas. That is why they have remained underdeveloped. To make them more attractive, the government should develop the cultural environment, the education infrastructures, etc.Why is the Tama program not getting off the ground? Because not all the municipal bodies are keen to promote the program in their areas of jurisdiction. The municipal authorities don’t have the financial resources to undertake the infrastructure necessary for the increase in population. Where once there was one home, now there are three.What should be done to make the Tama program more acceptable to the municipalities? Within the framework of the roof agreements, the government finances a large part of the infrastructure necessary to create new neighborhoods. They should do the same for the Tama projects.Having said that, I must say to the mayors that when they refuse to allow Tama projects in their municipalities, they are harming the residents.We are talking about decrepit buildings constructed in the 1950s and before, some in downtown areas. These buildings are ugly, and they create problems because they have no parking space. With the Tama program, such buildings are either torn down and new modern buildings are put up in their place or they are strengthened structurally. In the process, new apartments are added, and the façade is modernized and beautified