Where would Dan Rather 'rather' be? Israel it seems

The acclaimed but controversial former CBS reporter is visiting Israel this week with his grandson. 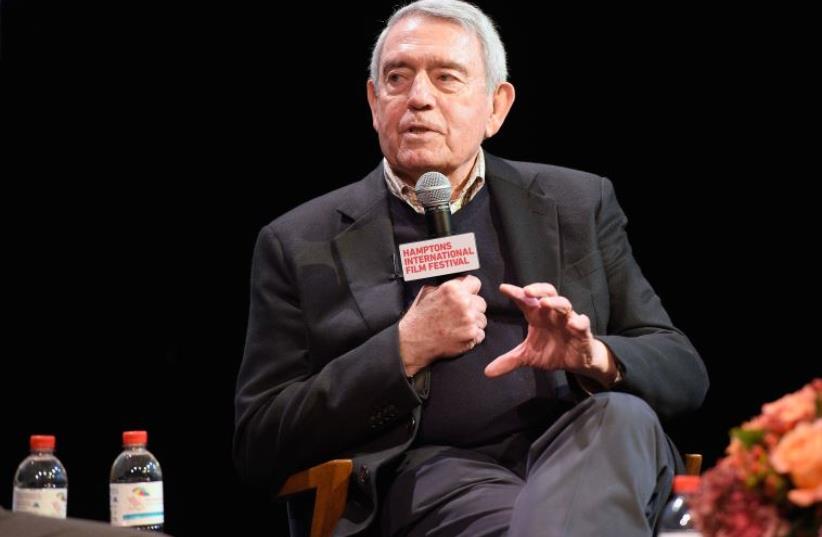 Dan Rather
(photo credit: MATTHEW EISMAN / AFP)
Advertisement
Acclaimed American journalist Dan Rather, former anchor of the CBS Evening News and 60 Minutes, is visiting Israel this week to "show this important land" to his grandson. Though details surrounding the trip were sparse, Rather posted about his travails to Jerusalem and the North on  Twitter.On Tuesday, Rather and his grandson visited Jerusalem's Yad Vashem, where they were shown a copy of Schindler's list.

This week as I visited Yad Vashem (Holocaust Memorial) with my grandson we were shown a copy of Schindler's List. pic.twitter.com/GphfVFdjrL
— Dan Rather (@DanRather) January 5, 2016


Later on in the day, they stopped at the Western Wall in the Old City, where Rather said there was "so much to ponder and wonder."

Today we went to the the Wailing Wall and some other well-known landmarks in Israel. So much to ponder and wonder. pic.twitter.com/bZoIYasdtj
— Dan Rather (@DanRather) January 5, 2016

As the Rather clan seemed to be nearing the end of their Israeli excursion, they stopped in Capernaum, a traditional site of pilgrimage on the shores of the Sea of Galilee where Jesus was said to have performed the Miracle of the Multiplication of the Loaves and Fishes.

As my grandson and I wind down our trip to Israel we visited Capernaum, where Jesus lived for a time. pic.twitter.com/yYpZWbKxf9
— Dan Rather (@DanRather) January 6, 2016

In late November 2004, the highly-respected Rather resigned as anchor of CBS Evening News after previously admitting he had made “fundamental flaws” in a documentary report on President George W. Bush’s military service, ending a 30-year career with the network.
sign up to our newsletter