The connections formed from a visit to the Holy Land

One connection leads to another, and eventually, leads back to Israel. 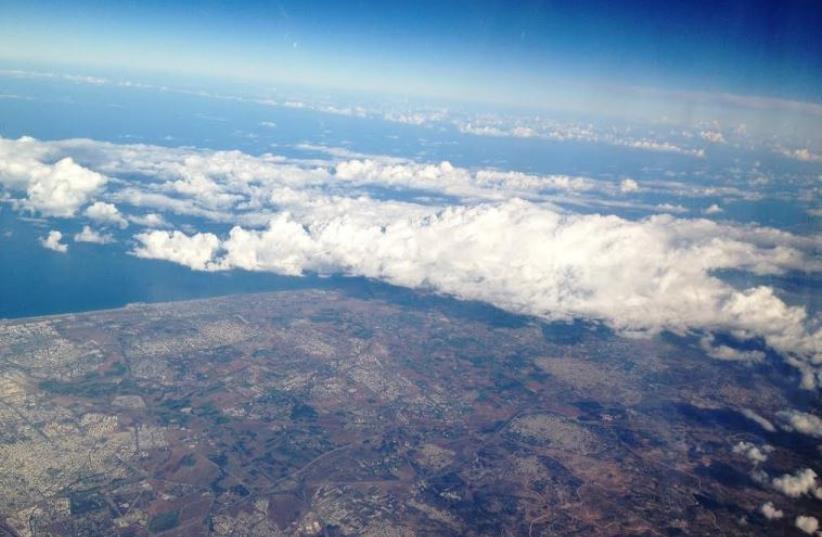 A birds-eye view of Israel
(photo credit: AMIT BAR-YOSEF)
Advertisement
Our first visit to Israel was a tour my wife and I took in February of 2006 hosted by the Canadian evangelists, Bill and Gwen Prankard. It was a fascinating experience that took in Jaffa and Caesarea on the coast, numerous sites in the Galilee and Jerusalem, plus a visit to Bethlehem and the Dead Sea region. It changed the way we perceived and thought about many places in scripture. Surrounded by the land and history, in Israel there is an underlying cultural assumption that the Bible is essentially true and accurate. This has a tendency to shape the way people think, act and interact with one another, and creates a very special atmosphere. Among other things it inspired me to be more serious about improving on my very elementary knowledge of Biblical Hebrew.We were so impressed by our experience on that tour that with the cooperation of our church, we arranged to bring a group of our own that eventually numbered over 50. We arranged our itinerary to revisit many of the places the Prankards had taken us on the previous tour, plus a few others. It was great to bring along so many friends and experience the land and culture of Israel for a second time in March 2014, with weather that was drier and a little warmer. I was also had the opportunity to accompany ten members of our group who wanted to take a day trip to Petra.When our first Israel trip sparked my interest in Middle East news I began reading the Jerusalem Post online as a preferred source, which has led to some interesting connections. In response to an advertisement for Israel SIM cards I ordered one for our 2014 tour, which got me put on the Post email list. That subsequently brought me in contact with United With Israel, whose weekly lecture series by Ari Enkin has helped me gain a better understanding of Judaism and Israel. It also brought me into a volunteer network resisting antisemitism online, coordinated by an organization called 'They Can't.' One of the Post advertisers emailed me information about high quality dental implants available in Israel at a significant discount, which attracted my interest because I was in need of some dental reconstruction. After downsizing our home in 2015 there was enough money left over to make this practical, so we contacted Tour and Smile in February 2016. Two weeks later I was in a clinic in Tel Aviv getting the first stage of the work done.On this trip my wife and I rented a car and traveled in the Galilee for several days, and also spent some time in Jerusalem between dental appointments. In Tiberius, we met a Jewish travel writer at the hotel where we were staying, and with him we visited Tel Hazor, Gamla and the Golan, and afterward we were invited back to Nof Ginosar to enjoy a few games of chess at the home of some of his friends. In Jerusalem we were able to search out places that had not been on either of our previous itineraries, such as the Tower of David, the City of David, the rampart walk and the Rockefeller Museum. In contrast to a formal tour, we appreciated the more leisurely pace, and the opportunity to meet and interact on a more personal level with people in Israel.To get the next stages of the dental work completed I went back to Israel again on my own. That gave me an opportunity to see Beersheba, Tel Arad, and Ein Gedi as well as leisure to wander around Jerusalem, enjoy the parks and markets, revisit some favorite places, and see new ones. I met wonderful people, and enjoyed the experience of two Shabbats in an observant Orthodox household, all thanks to exceptional Israeli hospitality. One of the most interesting places I was able to visit involved an armored bus trip to Tel Shilo in Samaria, where the Tabernacle stood in the era of the Judges – in my opinion a must see place for Bible scholars.We have stayed in Arab and Jewish hotels, dined in ethnic restaurants, shopped in the stores and in the markets, visited in Jewish homes, spoken with Israelis and Palestinians: Jews, Christians and Muslims, and enjoyed it all immensely. I plan to return in May to have the final stage of the dentistry completed. I am very much looking forward to seeing the land and people of Israel again.Written by J-Pilgrim contributor John Turner.

Want to share your story?
1. Send an email to campaign@jpost.com with the subject line: J-Pilgrim
2. Include your story and any relevant photos
3. Check JPost.com to see new and updated posts from our readerssign up to our newsletter