By the grace of God, Stalin died before the trial began. 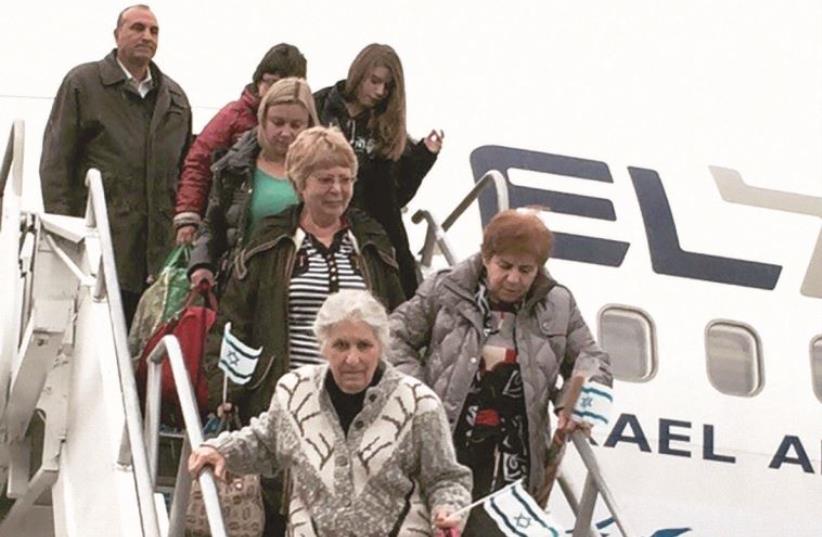 Olim from Ukraine disembarking from an IFCJ flight.
(photo credit: BIGHAM AGENCY)
Advertisement
On January 13, 1953, Soviet dictator Joseph Stalin had nine doctors arrested, of which six were Jewish, for allegedly trying to assassinate the country’s leaders. The “Doctors’ Case,” as it was known in Russia, was the final incident of Stalin’s “rootless cosmopolitans,” one of the code-names for a long campaign of anti-Semitic acts that he performed – removing Jewish professionals from their posts, denying them emigration rights and, in many cases, finding ways to outright kill many leading Jewish thinkers. According to Raphael Patai and Jennifer Patai, authors of the 1989 work “The Myth of the Jewish Race,” the doctors’ plot was “clearly aimed at the total liquidation of Jewish cultural life.”By the grace of God, Stalin died just a few days before the trial began and he could implement his anti-Semitic plans. The government soon after stated that there wasn’t sufficient evidence to continue with the trial, and then later admitted to the case being completely fabricated. Anti-Semitism, though sill rampant, began to die down in the years after Stalin’s death. But it was only after the 1967 Six Day War in Israel that a simultaneous burst of Jewish pride in the Holy Land and a rise in Soviet anti-Semitism that Jews began demanding the right to emigrate to Israel. In the late 60s and 70s, more than 160,000 Soviet Jews made aliya. The next large wave of Soviet Jews to make aliya only came after the fall of the USSR in the early 90s, with more than a million and a half people coming to Israel up until the mid 2000s. Russian Jews had finally made their way home. To learn more about aliya – immigration to Israel – as envisaged by the prophets of the Bible, as well as the Jewish roots of Jesus, check us out at @christian_jpost, on Facebook.com/jpostchristianworld/ and see the best of the Holy Land in The Jerusalem Post - Christian Edition monthly magazine.
Sign up for our Christian World newsletter >>