Christian schools are categorized as “recognized but unofficial”, meaning they are entitled to 75 percent of the funding that fully state-run schools receive. 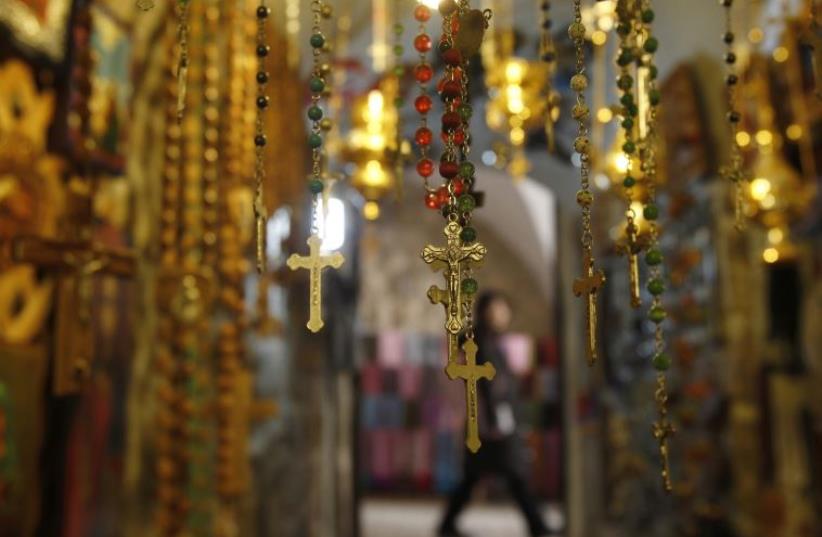 Crosses in Jerusalem
(photo credit: REUTERS)
Advertisement
The Finance Ministry has offered the Secretariat of Christian Schools a one-time payment of NIS 50 million in response to their ongoing strike in protest of the severe decline in funding received in recent years.Christian schools are categorized as “recognized but unofficial”, meaning they are entitled to 75 percent of the funding that fully state-run schools receive. The Education Ministry has, however, cut the number of state-subsidized teaching hours in the Christian sector dramatically, so that in practice, Christian schools are receiving between just 29% to 34% of the money that state-run schools are allocated.By contrast, haredi “recognized but unofficial” schools receive between 75% to 100% of funds allotted to fully state-run schools.Officials from the Christian schools have stated that there is a NIS 200 million shortfall in funding for the current academic year alone.A source close to the Secretariat of Christian Schools told The Jerusalem Post that the school and communal leadership was not interested in a one-time grant, but instead was demanding its rights in accordance with the law and a comprehensive package to deal with the issue.The 47 Christian schools in Israel have been on strike since the beginning of the school year, more than two weeks ago, with 33,000 pupils sitting at home.Christian school and community representatives met on Wednesday with the chairman of the Israel Union of Teachers, Ran Erez, to discuss the possibility of the union taking steps to express solidarity with the Christian schools.A delegation of Catholic bishops from the Council of European Episcopal Conferences, who are currently in Israel, issued a statement on Wednesday, calling for the educational rights of Christians in Israel to be upheld.The bishops said that it was the “fundamental right of parents to educate their own children according to their convictions.”The statement continued, “The European bishops reaffirm this innate right in the Holy Land, too, and are supportive of the pastors and families concerned about the education of their own children.”
sign up to our newsletter