Ambassador to Poland: 'I've never seen such a large demonstration of support for Israel'

Premise of the march was to support Israel in light of a "third intifada". 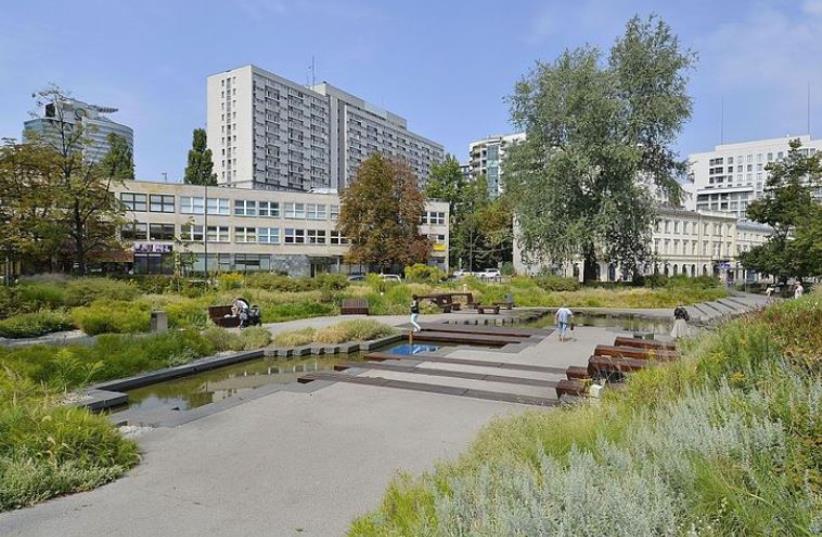 Grzybowski Square in Warsaw.
(photo credit: ADRIAN GRYCUK/WIKIMEDIA COMMONS)
Advertisement
On Sunday, Polish residents Marched through Warsaw's Grzybowski Square to the Embassy of Israel, carrying Polish and Israeli flags in an act of solidarity with Israel.Anna Azari, Israel's Ambassador to Poland, told the Polish Jewish.pl website that this was the largest demonstration of support for Israel that she has seen to date. The march was, according to Jewish.pl, in light of the "third intifada" that has been making waves in the country since early Fall. The demonstration was peaceful and calm; Participants could be found chanting slogans, dancing, and singing cries of support.Christians and Jews participated in the march of support. "We want to publicly show that as Poles and Christians support Israel and oppose anti-Semitism," a participant  told Jewish.pl.“When Polish and European media report on events in Israel it is often unreliable and negative for Israelis. I walked in the march, carrying the flag of the State of Israel, to demonstrate my support for the country and convey to Israelis that they are not alone,” Pawel Czyszek, editor of the Polish Jews Forum, told JTA.JTA contributed to this report.