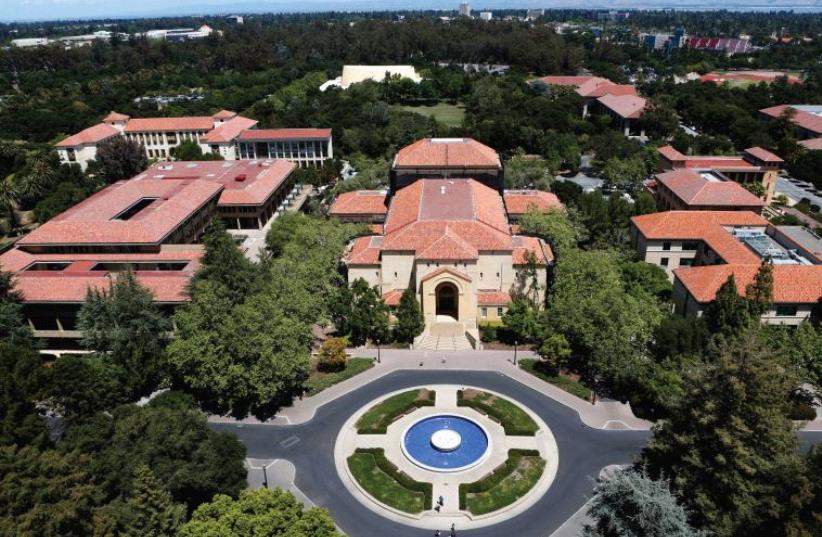 THE STANFORD campus in California. The authors argue that organizations such as Hillel and Chabad can help confront anti-Israel views.
(photo credit: REUTERS)
Advertisement

The Brandeis Center’s complaint of antisemitism at Stanford University highlighted “deeply troubling” accusations of antisemitism, Commissioner Andrea Lucas of the US Equal Employment Opportunity Commission said in a Wednesday panel on rising antisemitism.

The EEOC administers and enforces civil rights laws against workplace discrimination. Lucas has led the department since her Senate appointment on September 22, 2020.

Lucas specifically highlighted serious concerns about the “segregation of Jewish employees in white-affirming and white-passing affinity groups, separated out from other individuals of color” that allegedly took place in one of Stanford’s Diversity, Equity and Inclusion programs. Lucas added that DEI leaders' “dismissing allegations of Zoom bombings with swastikas out of concern that it would draw attention away from anti-Black anti-racism concerns” was among the university's major violations.

According to the Brandeis Center’s complaint, Stanford’s DEI program has advanced antisemitic tropes concerning Jewish power, conspiracy and control, while endorsing the narrative that Jews support white supremacy and contribute to systemic racism.

South African demonstrators and BDS activists hold placards during a protest in May 2021 outside the Israel Trade offices in Sandton, SA, following a flare-up of Israeli-Palestinian violence (credit: SIPHIWE SIBEKO/REUTERS)

Some disturbing examples have been reported – such as Jewish students within the programs being called racists solely for their Jewish heritage and books promoting links between Jews and white supremacy – though none are quite as vivid as the DEI program’s response to a “Zoom-bombing” incident in May 2020 where a virtual town hall was tainted with racist and antisemitic images, such as swastikas and anti-black messages.

DEI committee members addressed the racist and anti-Black content, though they curiously did not mention the anti-Semitic swastika images. When asked about the omission, the committee admitted they intentionally decided to omit any mention of antisemitism so as not to distract from the discussion about anti-Black racism. When swastikas were discovered inside Stanford’s Memorial Church on July 2020, the program once again ignored the antisemitic incident in its next meeting.

Stanford has yet to publicly respond to the antisemitism accusations against their DEI program.

Lucas’ comments took place during a public webinar hosted by the Brandeis Center, intended to educate people on how to identify and report discrimination and harassment. During the webinar, Lucas and EEOC Commissioner Keith Sonderling noted that antisemitism can also involve discrimination, harassment or retaliation related to national origin, race, color or even genetic information.

The commissioners provided examples of what would constitute an antisemitic act, such as telling Jewish employees that Jews are powerful members of society who contribute to systemic racism, characterizing all Jewish people as privileged based on assumptions about their race or color, circulating conspiracy theories about COVID-19 or vaccines that blame Jews, trivializing the Holocaust by comparing it to mask or vaccine mandates, placing a swastika on a desk of a Jewish employee or via a Zoom-bombing, and disproportionate criticism of Israel or conflation of all Jews with the Jewish state.