The study also found that a vast majority (93.5%) of reported campus antisemitism occurs among undergraduate students.

Jewish On Campus (JOC) released its 2021 Campus Antisemitism Annual Report, which found that even as many classes, lectures and other in-person events have moved online since the onset of the COVID-19 pandemic, nearly three-quarters of antisemitic incidents still happen in person.

The JOC report said that 72.4% of the incidents of antisemitism reported occurred in person – even as universities continued to move classes online in 2021. The study also found that a vast majority (93.5%) of reported campus antisemitism occurs among undergraduate students and that Jews who identified as Reform, Conservative or “just Jewish” reported 78.9% of incidents – whereas traditional and modern Orthodox Jews reported incidents at far lower rates.

The study drew from 544 reports across 228 universities worldwide submitted online to JOC from 11 countries and 41 US states. The University of Vermont accounted for the most submissions from a single school, with 58, while students at Tufts reported 34 incidents and George Washington University reported 25. 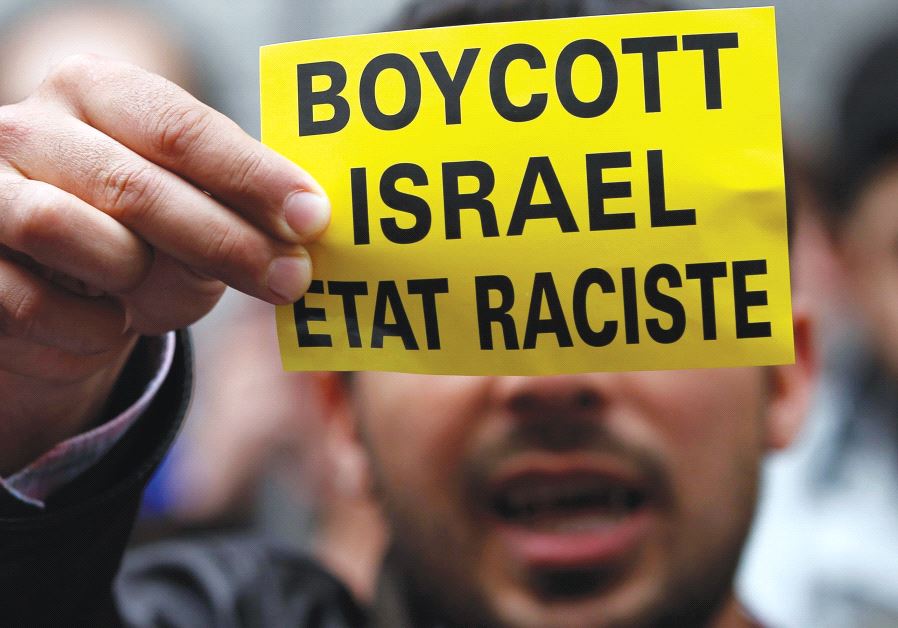 ‘INSTEAD OF fighting the Israeli army on the battlefield or killing civilians through acts of terrorism, the BDS movement seeks to destroy Israel’s image in the eyes of the world.’ (credit: REUTERS)

Incidents of antisemitism, while up throughout the entire year, saw a more pronounced rise during the May 2021 conflict between Israel and Hamas. The demonization of Israel was the second-most common type of antisemitism expressed in the report (historical antisemitism was the most prevalent), with many reporting denials of self-determination for Israel or even the condoning of terrorism. Over half (55.2%) of incidents involved just one assailant, while a quarter (25.6%) involved 2-5 and 18.7% involved more than five assailants.

“This report has the potential to motivate widespread, data-informed change on college campuses,” said JOC data scientist Jacob Blum. “With the help of these statistics, it will only be easier for JOC to continue to make college campuses everywhere a safe space for Jewish students."

An official partner of the World Jewish Congress, the JOC was founded in the summer of 2019 as a platform on social media meant to empower students to share their experiences of antisemitism – and has since grown into a nonprofit organization with the mission of amplifying the voices of Jewish students and taking action against antisemitism on college campuses.