The Cleveland mayor and police chief have also issued a statement on Quran's behavior.

Cleveland police officer Ismail Quran will not be fired for antisemitic posts that he made years ago, media outlet Cleveland.com reported on Wednesday.

Cleveland Mayor Justine M. Bibb and Police Chief Wayne Drummond said that they are disappointed that no charges or internal discipline will be placed on Quran.

What has Ismail Quran said?

Quran posted in 2014 on Twitter a photo saying: "Let me salute to Hitler the great. He said 'I would have killed all the Jews of the world, but I kept some to show the world why I killed them." He then followed up by saying that he "received a lot of support on that Hitler pic I posted on IG. Lol again it's for the Zionists, not Jews. There is a difference."

It was not until last June when it was revealed that a Twitter account connected to him with the handle @Ish_1988 had numerous racist and antisemitic tweets between 2013-2015.

"Antisemitism and bigotry are reprehensible and have no place in our community or our police department," a joint statement by Bibb and Drummond said regarding Quran's behavior. "We have zero tolerance for hateful and dangerous rhetoric directed at our Jewish communities.

"This type of hate speech is a horrible example of explicit bias in our police force," they continued.

The two have now said that they will conduct behavioral-based interviews, social media monitoring as well as implicit and explicit bias training for their officers. 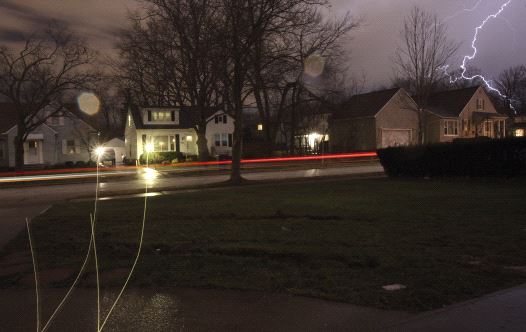 They also noted that the comments made by the Quran were prior to his hiring into the department.

Quran will also receive a non-disciplinary letter of counseling by Human Resources and the Public Safety Division, according to the joint statement.

The American Jewish Committee said that the rhetoric used by Quran is "inexcusable for any member of law enforcement" and thanked the mayor and police chief "for taking steps to ensure that hate and antisemitism have no place in Cleveland."

Non-partisan Jewish organization Stop Antisemitism was more critical of the Cleveland Police Chief and Mayor's statement, saying that "words are MEANINGLESS without actions - the people of Cleveland deserve better!"

Breaking news - antisemitic police officer Ismail Quran will NOT be fired.@MayorBibb and Chief of Police issue statement saying they have zero tolerance for Jew hatred yet allow Quran to keep his job?!Words are MEANINGLESS without actions - the people of CLE deserve better! pic.twitter.com/zb7EdBKyVD

The Anti-Defamation League is working with Bibb and Drummond on a mandatory training program for all officers on "policing, hate crimes, violent extremism and hiring protocols."

Michael Starr contributed to this report.