Along with Kristallnacht, the campaign was relaunched as a response to a rise in antisemitism as well as Holocaust denial and revisionism. 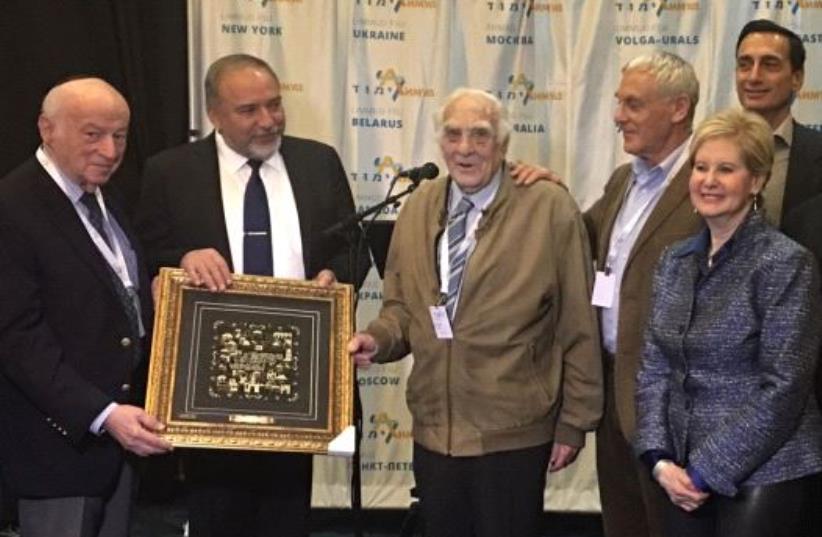 The 84th anniversary of Kristallnacht was commemorated Wednesday by the Conference on Jewish Material Claims Against Germany (Claims Conference) with the relaunch of the #ItStartedWithWords campaign.

Kristallnacht refers to the night of November 9th, 1938, when Nazis and German citizens attacked and murdered scores of Jewish people, vandalized their businesses, and desecrated Jewish homes and synagogues.

March of Light : 84 Years since Kristallnacht – commemoration events to be held in Jerusalem, Vienna and Dubai (credit: OURIEL MORGENSZTERN)

Campaign comes at a time of rising antisemitism

Along with Kristallnacht, the campaign was relaunched as a response to a rise in antisemitism as well as Holocaust denial and revisionism.

#ItStartedWithWords is a campaign that highlights Holocaust survivors from all over the world and allows them to share their perspectives and stories of the events that occurred as a prelude to the Holocaust.

At its heart, #ItStartedWithWords seeks to underline how the tragedies of the Holocaust did not begin with packed train cars, gas chambers, and death marches. It began with antisemitic words and attitudes, and it came from everywhere.

The survivors recount how ordinary people, oftentimes people who they had previously felt close to, quickly turned on them. Suddenly, the defamation, demonization, and insults that had been building turned into something even more sinister… and violent.

Kristallnacht is used as a representation of this. It represents a society, brought by hatred to the edge of the precipice, suddenly spilling over to the point of no return. Speech turned to violence. Those who might have been dismissed as paranoid for warning of the consequences of building antisemitic sentiment were proven right.

“Life and death are in the power of the tongue,” says Rabbi Yisrael Meir Lau, an Israeli born in 1937 in Poland during his video testimony for #ItStartedWithWords. “We should always respect words. Because words can revive but they can also destroy.”

“Life and death are in the power of the tongue."

Abe Foxman, an American born in Poland in 1940, also emphasizes the power of words in his testimony. “The crematoria, gas chambers, in Auschwitz and elsewhere did not begin with bricks. It began with words. Evil words. Hateful words. Antisemitic words…And they were permitted to proceed to violence because of the absence of words.”

Foxman goes on to explain how even after the Holocaust was over, “the words of hate still persisted.”

Consequently, movements such as #ItStartedWithWords continually work to educate people on how important it is to denounce hatred.

The Conference on Jewish Material Claims Against Germany was founded in 1951 and serves to attain material compensation for survivors of the Holocaust around the globe.

To date, the Claims Conference claims to have secured $90 billion in reparations for these survivors.