A man riding a London city bus called a Jewish woman and her small child "vermin" among other obscenities.

A man on a London city bus was recorded shouting antisemitic comments at a Jewish woman and her son, according to a report by Shomrim London.

The London-based crime prevention and safety group tweeted about an incident on London city bus on Thursday. The organization cited an incident with a "deranged male" screaming at a three-year-old child. The child was wearing a kippah and had payot. The mother was only recorded verbally, heard asking the bus driver to open the door.

The report disclosed that the driver of the bus did not respond or intervene in the incident.

In recent months, antisemitic incidents have continued in London's Stamford Hill. In October, a London Jewish male was ambushed by a male on a bicycle, who punched him and knocked off his yarmulke. Several other incidents involving a man on a bike targeting visible Jews followed later that same day, according to reports from the Stamford Hill Shomrim chapter.

“I tried but didn’t manage,” the assailant lamented after failing in his attempt to knock a second Jewish victim’s yarmulke off. While this victim was left unscathed, others were not. Another unnamed victim was similarly ambushed by a man on a bike, who successfully knocked his yarmulke off and punched him in the face, leaving him bleeding and bruised. 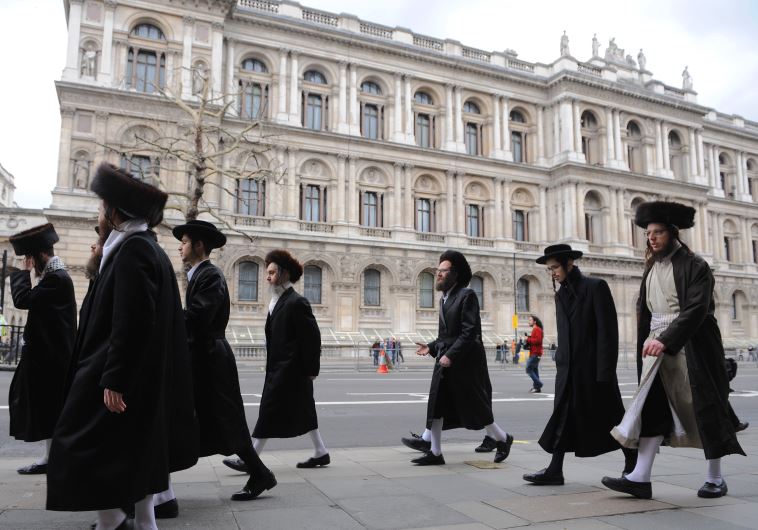 One of The Jerusalem Post's "top 10" antisemitic incidents of 2022 cited another incident in the same neighborhood.

Abdullah Qureshi, 30, assaulted three people within a two-hour period in the Stamford Hill area in England in November in the most notable of numerous antisemitic incidents that took place in the United Kingdom in 2022.