A number of unique activities around the country have been taking place for Diaspora Week, organized by AMI, the National Alliance Strengthening Israelis' Connection to World Jewry.

Bnei Menashe Jews are seen ahead of their aliyah.
(photo credit: ALIYAH AND INTEGRATION MINISTRY)
Advertisement

A number of special activities around the country have been taking place for Diaspora Week, organized by AMI, the National Alliance Strengthening Israelis’ Connection to World Jewry.

“The new reality of the world today reminds us more than ever of the importance of the close connection between us Israelis and the Jews of the Diaspora,”  said the head of AMI, Roi Meckler. “The goal of those who live in the Jewish homeland is to be the heart of the Jewish social network and strengthen it. Diaspora Week spreads the knowledge and tools to learn and build relationships. Everyone is invited to our multiple activities because connection is power.”

Stories from returning shlichim – emissaries – at bars around the country, activities on various campuses, a journey on the Israel Trail and many more activities are ongoing through Thursday.

“The People on the Bar” 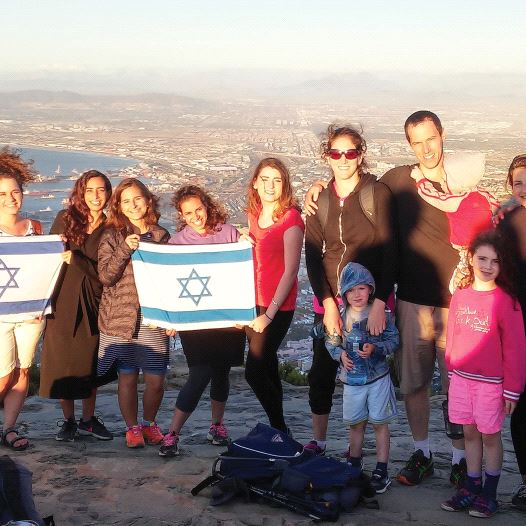 As part of the “People on the Bar” events, dozens of current and former shlichim of the Jewish Agency tell about their experiences. Conversations are held in the bars about the open-ended questions that concern young Jews in the Diaspora and how a fruitful relationship can exist with the young people in Israel.

Location: 25 events will be held in various locations around the country, from Kiryat Shmona to Eilat.

Date and hours: Through Thursday with regular activities from 10:00 to 17:00 and performances in the evening.

The festival features a new exhibition called "Bnei Menashe Community: All of the Diaspora is Part of the Story," a Jewish fashion show in the Diaspora, a video showing previously unseen original photos of Leonard Cohen from his visits to Israel, an “American Night” evening with Guri Alfi on the “The New Jew” program in collaboration with the Ruderman Foundation, a live musical performance of cover versions of songs by Amy Winehouse and Leonard Cohen and more.

Cost: All activities and entry to the museum at no additional cost throughout the week with required preregistration on the museum’s website: https://www.anumuseum.org.il/he.

One-day trip of couples consisting of Israelis and Diaspora Jews, with the participation of a thousand Israeli youth and young people from the Diaspora who are in Israel on various programs to experience together, meet and dream of a common future. Excursions will be held in cooperation with the Masa program, the joint council of the pre-military preparatory schools, the youth movements and the World Zionist Organization.

Location: Routes and points of interest throughout Israel.

The Hillel Israel organization will set up stands for social involvement on campuses, a game area on the subject of Jewish communities around the world, and will operate a section including meeting with returning emissaries, and a discussion on missions and Jewish communities.