MKs from many different political parties came together to push the Israeli government to expedite the remaining Ethiopian Jews' aliya. 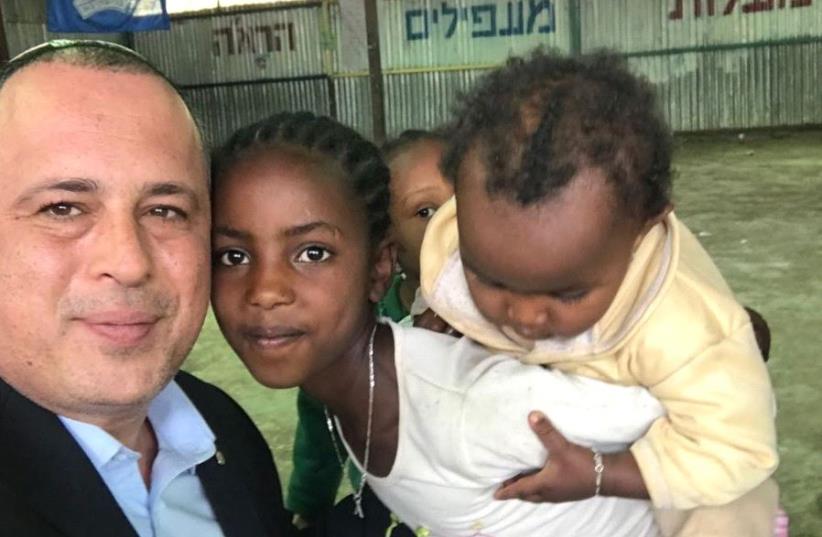 Hilik Bar with Ethiopian-Jewish kids
(photo credit: COURTESY HILIK BAR)
Advertisement
Four MKs who returned from a visit to Gondar and Addis Ababa on Monday have said they intend to increase pressure on the government to implement the aliya (immigration to Israel) of 9,000 Ethiopian Jews.Deputy Knesset Speaker Hilik Bar (Zionist Union) told The Jerusalem Post of the “shocking” conditions he witnessed in the two cities, in which inhabitants suffer from a lack food and medicine and where Jews who wish to make aliya receive no assistance from the Israeli government.Many Ethiopian Jews have been waiting for as long as 20 years to emigrate, according to Bar, and in some cases, first-degree relatives have already been brought to Israel, tearing families apart.“Israel is ignoring and not fulfilling the government decision, from November 2015, to bring all those waiting to Israel, and from August 2016, to bring 1,300 by the end of that year,” he said.Only 63 Ethiopian immigrants were brought to Israel in 2016, following the latter decision.Bar made the trip with MKs Avraham Neguise (Likud), Eli Alalouf (Kulanu) and Meir Cohen (Yesh Atid). Neguise has been instrumental in the cause of the Falash Mura (Ethiopian Jews whose ancestors converted to Christianity) and has accused the government of discrimination.Bar noted that the people he met in the communities he visited are devout Jews and ardent Zionists, who have gone above and beyond in providing the proof required to make aliya.“This is a great injustice and we must end this shameful saga and make sure we bring them all to Israel immediately,” he said.“They have a lot of love toward Israel and Judaism,” Bar insisted, adding that the Ethiopians he met expressed no anger, only disappointment over their inability to leave and anticipation to be reunited with their families in Israel.Israel would have no problem absorbing these 9,000 immigrants, he said, and pointed to the many immigrants coming to from Europe. “We have to ask ourselves why,” Bar said.“I still don’t understand why and we are going to knock on doors until they are brought here.”Bar said the four MKs plan on enlisting members of both the opposition and coalition to speak about the issue in the Knesset until it is resolved.