Dozens of former IDF soldiers present in Donetsk, according to the city’s foreign minister 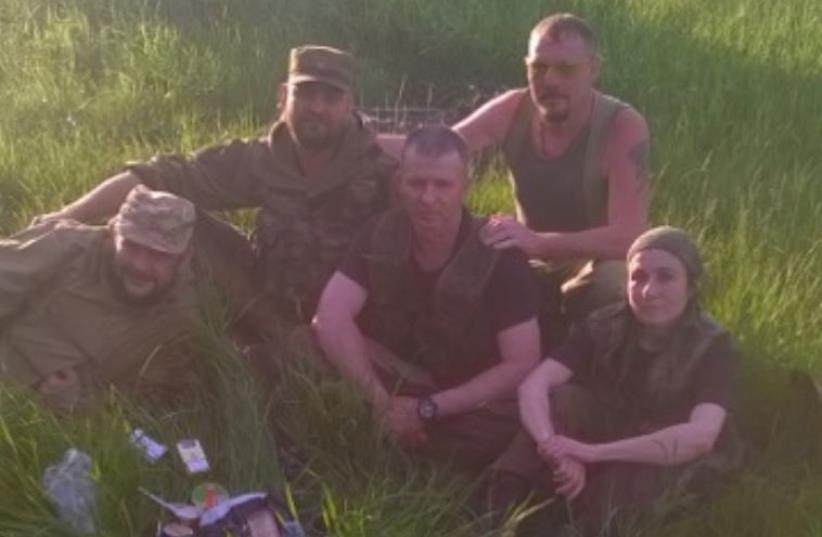 Israeli fighting in Ukraine
(photo credit: Courtesy)
Advertisement
Eastern European civil wars are usually the last places one would expect to find Israeli citizens, but it is believed that several dozen are currently serving on both sides of the Ukrainian conflict.One of those foreign fighters is Ina Levitan, a 37-year-old Tel Aviv resident of Azerbaijani origin, who has been fighting on the side of Ukrainian separatists on the front lines near the rebel- held city of Luhansk since late 2014 in order to fight who she calls fascists and neo-Nazis.While born in Baku, she grew up in Israel and never thought that she would return to the Soviet Union, but when an acquaintance disappeared in eastern Ukraine last September she began investigating the conflict, she told The Jerusalem Post on Thursday.After a few days she was able to track down her friend’s whereabouts but continued researching the conflict, and “after a month and a half I decided to go to Novorossia,” she said, using the Russian imperial term for the territories on the north coast of the Black Sea encompassing what is now eastern Ukraine.She said that she was motivated to join the separatists after learning of “crimes carried out against the civilian population.”In an open letter on the website of the Israeli Communist Party, Levitan said the goal of her brigade is not to enter into conflict with Ukraine or its citizens, but rather to “fight against the fascist, pro-Nazi and oligarchs” and help the people.She railed against what she called “pro-Nazi activists” using Nazi salutes and symbols who are “torturing and murdering civilians and soldiers of the army of Ukraine who do not share their views.”“I myself saw a man who returned from captivity in the hands of neo-Nazis.They cut limbs and tattooed his body with swastikas. We are fighting against these atrocities that occur repeatedly and harm civilians,” she wrote, accusing the West of ignoring war crimes.“As an Israeli, I personally, viscerally hate fascists,” she asserted.While many of her fellow fighters are Russians and Ukrainians, there are also Spaniards, Serbians, Italians and Israelis.Speaking with the Russian media late last year, Donetsk People’s Republic foreign minister Alexander Kofman, who is Jewish, asserted that there are dozens of former IDF soldiers fighting in Donetsk.In February, Spain arrested eight people for serving with the Ukrainian rebels, and Kiev has declared the rebels terrorists. While Israeli law prohibits fighting in foreign conflicts, both the Foreign Ministry and the Justice Ministry declined to comment on the issue when contacted by the Post.Since last year’s Kiev revolution, Russia and the rebels have consistently condemned Ukraine’s new government of fascism and racism, claims which have been vigorously denied by local Jewish communities, several of which have become involved in the war effort.According to media reports and researchers like Vyacheslav Likhachev, who monitors anti-Semitism for the Euro-Asian Jewish Congress, there are neo-Nazis fighting on both sides of the conflict. Despite this, community leaders have said that they are left pretty much alone and that they are more worried about the conflict itself than anti-Jewish activity.It is a “civic obligation” to defend Ukraine, Asher Joseph Cherkassky, a local Jew who fought in Donetsk on the government’s side, told the Post last year. A member of the Dnipro Battalion – which was funded by Dnepropetrovsk’s former Jewish regional governor, billionaire oligarch Ihor Kolomoisky – the long-bearded hassidic combat soldier was touted by government officials as a symbol of Ukrainian patriotism.Many of the Israeli citizens fighting in Ukraine are of Russian and Ukrainian origin, said Rabbi Boruch Gorin, a senior Jewish communal official from Russia.He accused them of being adventure seekers and said that many serve in support roles, such as training troops.“I would say [they are] people who are looking for the show, let it be in Ukraine or Sudan, it’s no difference,” he mused.“For both sides, the Jewish factor was very important in the beginning of the war. It’s less important now but then it was very important to show to both sides that they have the Jews fighting for them [and] the Israelis, and that the Jewish community abroad are their supporters... I think that this is much more PR as usual and there’s nothing to talk about.”Levitan, however, disagreed, telling the Post that she saw the conflict as a “huge political game” in which oligarchs are filling their pockets at the expense of the average citizen.The Western media is distorting the nature of the rebellion in Ukraine, just as it distorts Israel’s fight against Palestinian terrorism, she said. “Every Israeli can easily understand that a similar situation occurs in the area of Novorossia.”She has no regrets because she is able to fight for her principles, she continued, adding that being an Israeli and commemorating Holocaust Remembrance Day taught her the importance of standing up to Nazis.