Jerusalem back on the map in Czech text books

Applauding the decision, Barkat praised the government for not giving in to Palestinian demands. 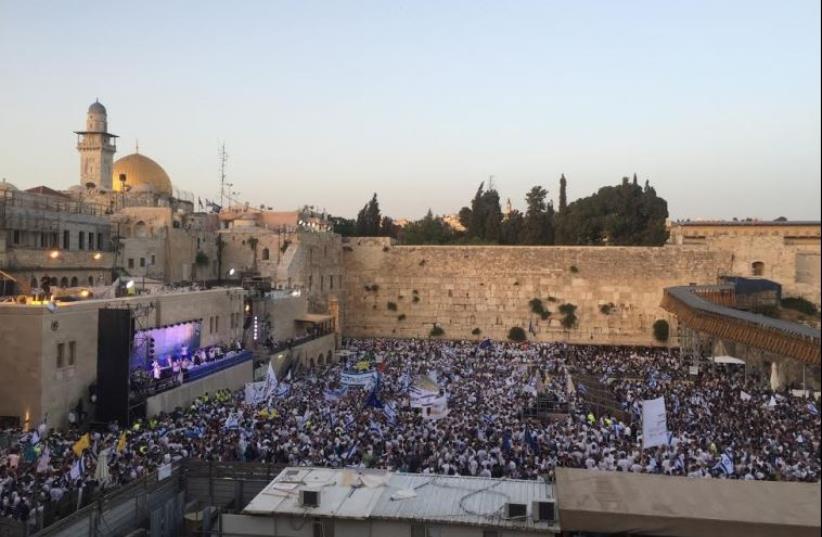 30,000 flock to Old City for Jerusalem Day
(photo credit: SETH J. FRANTZMAN)
Advertisement
“Jerusalem is on the map!” Mayor Nir Barkat triumphantly reaffirmed on Wednesday, following the Czech education minister’s announcement that the government will not acquiesce to Palestinian pressure to remove it from school textbooks as the capital of Israel.The move comes four days after the Czech daily newspaper Mladá fronta Dnes reported that textbook publisher Shocart was told by the government to rewrite all its books so that Jerusalem is not listed as the capital, or lose certification as a recognized Czech schoolbook.The ultimatum reportedly came after Palestinian Ambassador to Prague Khaled Alattrash filed a formal complaint with the government.Alattrash argued that the textbooks’ maps – which identify Jerusalem as the capital – are not only unacceptable to Palestinians but do not follow international law or the official position of the European Union.As a result, Czech Foreign Ministry spokeswoman Irena Valentova told Mladá fronta Dnes that “the Czech Republic does not consider east Jerusalem a part of the State of Israel.”Claiming that Shocart’s management described the atlases listing Jerusalem as the capital “a mistake,” the company said it will identify Tel Aviv as Israel’s capital by the start of the new year, the paper reported.Outraged by the decision, Barkat wrote to Czech Prime Minister Bohuslav Sobotka on Sunday, imploring him to reverse it.“Just as Prague is the capital of the Czech Republic, so, too, is Jerusalem the eternal capital of Israel,” the letter stated, adding, “Future generations of Czech students deserve nothing less than the truth: Jerusalem’s rightful place as the capital of Israel... cannot and should not be denied.”Moreover, Jews in the Czech Republic called for a protest on Wednesday in Prague’s Wenceslas Square.Barkat’s letter and local anger bore fruit on Tuesday night, when Education Minister Katerina Valachova’s told Czech Radio that Jerusalem would not be removed from the textbooks.“Jerusalem is Israel’s capital from the viewpoint of the declaration of the country to which this relates, which means Israel,” Valachova said.“If there is a sentence relating to all of the international steps, I believe that this fact will not offend either side.”Applauding the decision, Barkat praised the government for not giving in to Palestinian demands.“Truth has indeed overcome lies: The Czech government has reversed its decision, and Czech textbooks will correctly teach that Jerusalem is the capital of Israel,” the mayor said in a Wednesday statement.“I’m thankful to the Czech government for making the right choice and for refusing to surrender to Palestinian incitement and lies. I am pleased that my letter to Czech Prime Minister Bohuslav Sobotka, and the additional diplomatic efforts, have positively impacted this decision.”Citing the strong historic friendship between Israel and Czechoslovakia, Barkat added that the decision will aid in continuing to strengthen that enduring bond by accurately educating the country’s youth.“Future generations of Czech students will continue to learn the truth: Jerusalem is Israel’s capital and the heart and soul of the Jewish people,” he said.