No decision yet on Pollard parole conditions after appeal

Current conditions require Pollard to wear a GPS monitoring device that forces him to violate the Sabbath. 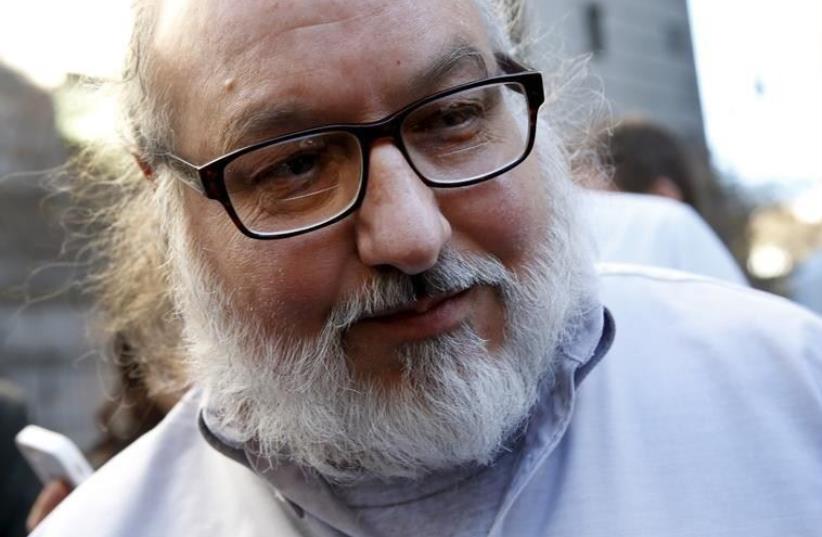 Israeli spy Jonathan Pollard leaves a federal courthouse in New York
(photo credit: REUTERS)
Advertisement
A federal appeals court in New York with three judges heard an appeal from Israeli agent Jonathan Pollard on Wednesday and decided not to give an immediate ruling.Pollard appealed US District Judge Katherine Forrest’s decision to keep in place restrictive parole conditions that were imposed when he was released from prison on November 20, 2015, after serving 30 years of a life sentence for spying for Israel.The conditions prevent Pollard from leaving his New York home after 7 p.m. or before 7 a.m., force him to submit any computer he uses for inspection, and require him to wear a GPS monitoring device that forces him to violate the Sabbath.Pollard’s lawyer Eliot Lauer told the judges the conditions were arbitrary because they do not prevent Pollard from meeting anyone or contacting anyone in the world.For the first time in a public forum, Lauer revealed an example of information Pollard provided Israel: A photograph of an Iraqi nuclear facility taken in 1981 before Israel destroyed it, which he gave his Israeli handlers in 1984. Lauer questioned why such information would still be relevant now and noted that the information he provided was supposed to have been given by the US to Israel based on an agreement between the two countries. Responding to a question from one of the judges, Lauer said that no American agents were lost or compromised due to information that Pollard provided.After the hearing ended, Lauer said he thought it went well. He said he had argued that there is a basis for the court to ask the parole commission to reconsider the conditions.“There is a tough standard to meet, but we think we met it,” Lauer said. “I think they will decide it within two months, but it could be sooner.”The court does not have the power to change the parole restrictions but can recommend to the parole commission that it ease or cancel them. US President Donald Trump’s administration could also decide to commute Pollard’s sentence to time served or to allow him to move to Israel and check in regularly at the American Embassy or the Israeli Justice Ministry.“We hope the court will go our way,” Lerner said. “If not, we hope the administration will give Jonathan the relief needed. We hope that at an appropriate time the president will take the opportunity to study this and take into account what Jonathan has endured and fashion an appropriate response.”