The Frank family hid in an attic in Amsterdam for more than two years before SS soldiers arrested them. 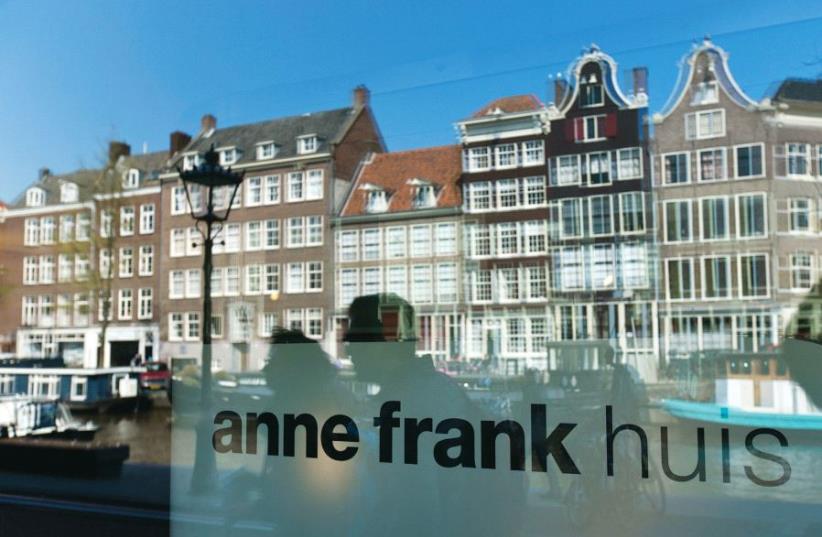 Anne Frank House
(photo credit: MICHAEL KOOREN / REUTERS)
Advertisement
Retired FBI agent Vince Pankoke shed new light during an interview with Army Radio on Sunday onto his ongoing cold-case investigation into who betrayed Anne Frank and her family.“We’ve received several hundred tips, [and] at least 10 of them have great substance,” said Pankoke.“We’ve already found information that hasn’t been brought up before, we’ve already found stories that haven’t been brought up before,” Pankoke told Army Radio.“We’re imagining that there’s a family member of somebody, somewhere, that has been keeping a family secret and maybe now they’re at the point where they can say its time that the truth be told.”The Anne Frank House in Amsterdam is assisting Pankoke’s team in its efforts, and has granted access to its archives. Researchers will use modern investigative techniques and software to analyze data and develop new leads.“There’s so much information out there. All of this information we are putting into this giant database [which] sorts through millions of bits of information and makes connections between people, dates, times, locations and events,” Pankoke explained.The Frank family – Otto, Edith, Margot and Anne – went into hiding on June 12, 1942, in the attic of the Opekta building in Amsterdam, which belonged to Otto Frank.Anne chronicled her life in hiding from June 14, 1942, to August 1, 1944, in her diary. The Franks were later joined by three members of the van Pels family before they were found by Nazi soldiers.On August 4, 1944, a group of police and security officers led by SS-Hauptscharführer Karl Silberbauer entered the attic and arrested all the occupants. Of the seven occupants of the attic, only Otto survived.Otto maintained the belief that his family was betrayed by Wilhelm van Maaren, one of Opetka’s workers, but there was no conclusive evidence against van Maaren and he was completely exonerated after a second police investigation was launched in 1963.Almost 30 people have been suspected during previous investigations that have cited motives ranging from financial blackmail to Nazi allegiances, though the Dutch Institute for War, Holocaust and Genocide Studies stated in 2003 that there was no conclusive evidence against the four primary suspects on the list.Pankoke hopes to crack the cold case by August 4, 2019, 75 years to the day of Anne Frank’s betrayal and arrest.“Time doesn’t heal the wrongs of the world, it doesn’t heal evil,” he told Army Radio. “If the cold case can just make people understand that crimes against humanity are still going on, then I think Anne would be proud.”Becky Brothman contributed to this report.