The Kosher cuisine that is electrifying the UAE

Elli Kriel moved to the United Arab Emirates from South Africa and decided to open a Jewish catering service in an attempt to spread the word of kosher Jewish cuisine - and the locals love it. 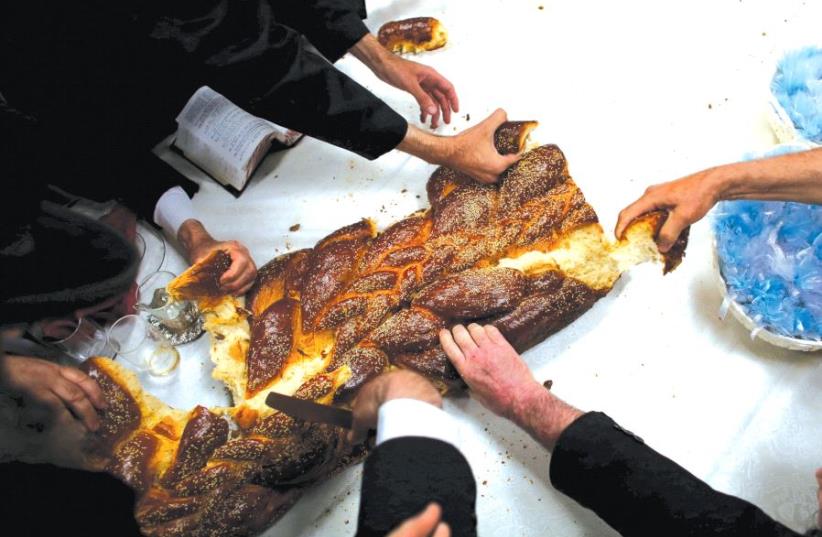 People eat Challah bread
(photo credit: REUTERS)
Advertisement
In light of the developing ties between Israel and Gulf states, a new Jewish catering service opened in Dubai and is drawing the attention of many of the country's food enthusiasts. Elli Kriel moved to the United Arab Emirates from South Africa and decided to open a Jewish catering service in an attempt to spread the word of kosher Jewish cuisine - and the locals love it.Israel-Gulf States relations have been steadily improving over the past few years and it seems that the official authorities are no longer hesitant to show it. An interesting characteristic of this improvement is the positive attitude shown towards the Jewish populations in these countries. Community centers and synagogues have started opening their doors to Jewish tourists and now, the kosher kitchen is slowly gaining awareness and even praise. Kriel was born in South Africa to a Jewish family whose main business activity was the production of food, so it didn't take her a long time to realize that was what she wanted to do when she moved to Dubai seven years ago. After examining different options, she decided to open a catering service based entirely on the traditional Jewish kitchen. Her menu includes challah, a traditional Jewish bread, kugel, a baked pudding of sorts, blintz, a Jewish version of the crêpe, tshulnt, a traditional stew and many more. When Kriel's family moved to Dubai in 2013, she kept kosher and avoided eating meat and dairy products together. Naturally, she cooked the food that she grew up on, and started by hosting hungry Jewish tourists at her home. "The Jewish tourists and Jewish people who live here miss the food they know from their past," Kiel explains, "it's nostalgic, a connection to a home and a heritage." Slowly, word got out and the business got bigger and more successful. But Kriel's food has a high demand among Muslim as well. Kriel says that some of the dishes she offers were adapted to better suit the local palate. The major turnabout for Kriel took place in February 2019, when Dubai hosted an inter-religious fraternity committee. Its organizers asked Kriel to prepare kosher food for the Jewish participants. A few weeks later, Kriel opened her first business and locals can't get enough ever since. Recently, Kriel teamed up with a local food blogger called Al Badi and the two are planning on writing a cookbook together, while trying to find different ways of using local produce and combining it with Kriel's Jewish dishes.