‘We are not Americans,’ says Satmar grand rabbi

Despite these comments, Satmar hassidim, including the grand rabbi himself, were overtly political during the recent presidential election. 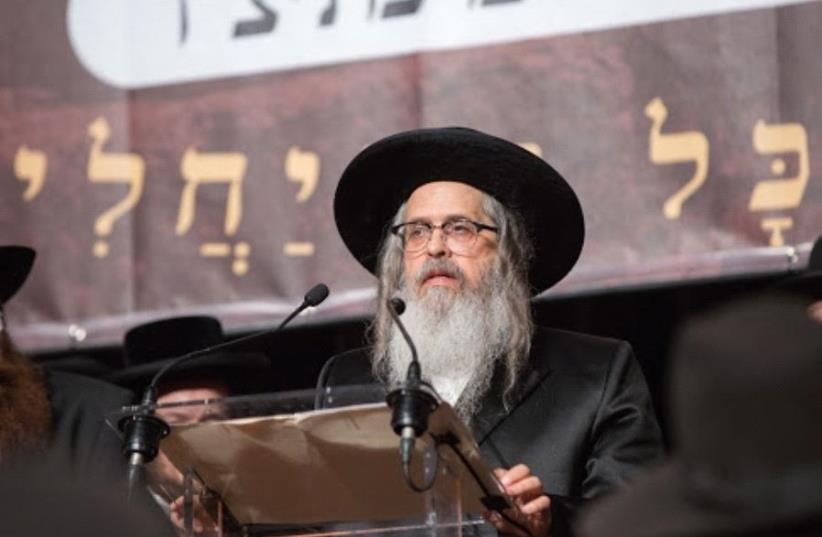 The Satmar Rebbe of Williamsburg Zalman Lieb Teitelbaum speaking to French Jews, July 2017
(photo credit: AVRAHAM BLOOM)
Advertisement
The Grand Rabbi of the Satmar Hassidim community of Williamsburg, New York, Rabbi Zalman Teitelbaum, has said that his hassidim should not consider themselves as American but rather as Jews in exile.
The rabbi made his remarks on Sunday night during an annual commemorative event for the rescue of Satmar founder Rabbi Yoel Teitelbaum from the Nazis on the Kastner train in June 1944.
“Jews were drawn to American politics and greatly broke the distinction between Jews and the nations,” said Teitelbaum in comments first published by KAN News.
“We need to understand that we are in exile, we live here but we are not Americans,” the rabbi asserted.
Teitelbaum recalled a story about an Israeli Jew who came to visit his grandfather, Rabbi Yoel Teitelbaum, during the High Holy Days and said he was “in America” to collect money.
“The rebbe answered him ‘this isn’t America.’ We need to remember that ‘I was a stranger in a foreign land,’” Teitelbaum continued, citing a passage from the biblical book of Exodus.
Despite these comments, Satmar Hassidim, including the grand rabbi himself, were overtly political during the recent presidential election and gave their overwhelming backing to US President Donald Trump.
Teitelbaum, together with his brother Rabbi Aaron Teitelbaum, who heads the Satmar community of Kiryas Yoel in upstate New York, signed an unprecedented letter of praise for Trump, along with several other hassidic rabbis just 10 days before the presidential election.
“As you have strengthened America to proudly hold aloft the banner of God and religious belief, so too, may God Almighty bless you to proudly lead us to victory in our current war with COVID-19,” the rabbis wrote in a letter to Trump, and continued, quoting from the book of Psalms to say, “May you go ‘from strength to strength’ leading us forward towards ever greater good.”
Trump saw the letter and publicly acknowledged it on Twitter, saying “Thank you Rabbis!”