Politicians go back to school

PM wishes grade one class a year of Zionism and excellence.

By LAHAV HARKOV
AUGUST 27, 2013 14:02
Prime Minister Binyamin Netanyahu visits kindergarten
(photo credit: Courtesy)
Advertisement
The Knesset may be on summer break for another seven weeks, but politicians went back to school Tuesday, accompanying children on their first day.Prime Minister Binyamin Netanyahu visited Gan Avivit, a preschool in Netanya, and recounted his time playing in the sandbox in Gan Marian in Jerusalem, quipping that he learned how to "think outside the box." 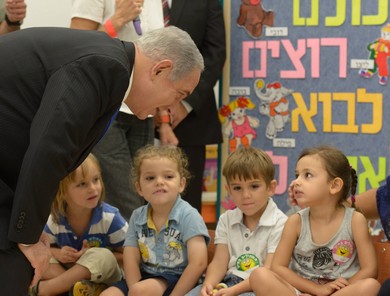 "I want to bless the 290,000 children who enjoy free education because of our government decision, and study in new, beautiful preschools like this one, and the parents who save at least NIS 8,000 per year and sometimes as much as NIS 20,000," Netanyahu said.At the Yoni Netanyahu Elementary School, also in Netanya, the prime minister, accompanied by Education Minister Shai Piron and Netanya Mayor Miriam Feierberg, said his brother, after whom the school is named, would have been excited to see students learning about the Land of Israel and Zionism."Every one of you can excel in his or her way. You should always wave the flag of excellence high," Netanyahu told students.Later, he taught first graders how to write Herzl's famous quote "If you will it, it is no dream."Knesset Speaker Yuli Edelstein gave 11th and 12th graders in Abu Gosh a civics lesson on their first day of school.Edelstein said he chose Abu Gosh out of identification with its residents, and condemned "Price Tag" vandalism there and in Jerusalem.Some ministers chose to wax nostalgic on Facebook, posting pictures of themselves in first grade. One was Culture and
Sport Minister Limor Livnat. 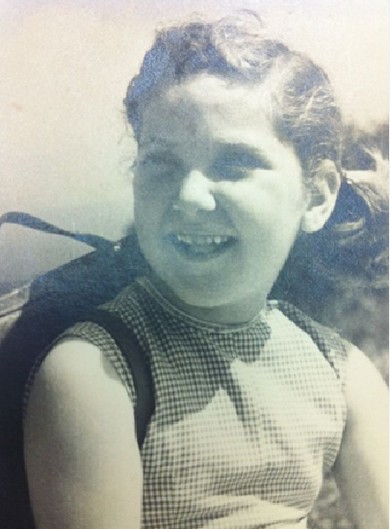 Another was Justice Minister
Tzipi Livni, whose black-and-white photo from first grade showed her with the same blonde bob haircut she sports today. Livni shared that her school in Tel Aviv was now a café. 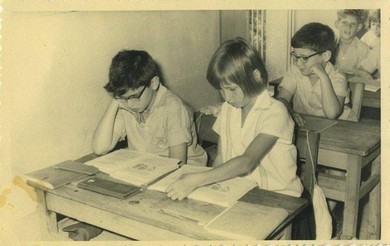 "I still remember the first day and the fear of the unknown," Livni wrote. "Years later, when I brought my eldest son to school, I was even more afraid. I wish every parent and child an enriching school year, and most important, as my mother told my math teacher, is to be a good person."Economy Minister Naftali Bennett had a head full of caramel-colored hair and a large kippa in the portrait he posted, along with a message about bringing his daughter, Michali, to her first day of first grade. 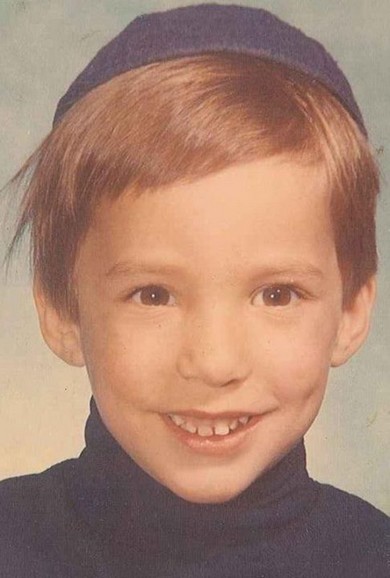 "There's no place like Israel," Bennett wrote after bringing Michali to her school in Ra'anana. "At the ceremony for starting first grade, children stood under tallits that the fathers held up, and we blessed them. There were children from Israel, France, Ethiopia and the US, and some of them only recently immigrated to Israel. At the end, we sang Ani Ma'amin ("I believe") and Hatikva. There's no place like Israel; there really isn't."Deputy Transportation Minister Tzipi Hotovely, who is responsible for road safety campaigns, recounted how excited she was to be a crossing guard in the 6th grade, and shared a photo of her preteen self in her school uniform. 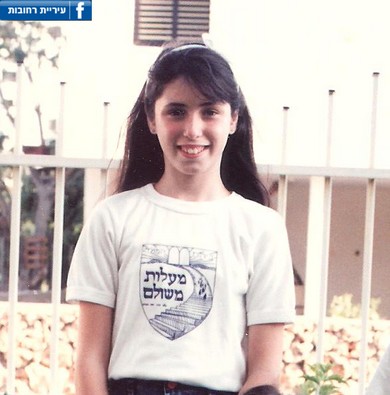 Interior Minister Gideon Sa'ar also brought his daughter to her first day of first grade, saying that it's nice to be able to accompany her himself, as opposed to previous years, in which he was Education Minister and had to concern himself with all Israeli children.Meanwhile, as the Labor leadership race heats up, opposition leader Shelly Yacimovich took time from her busy campaign schedule to visit the Jabotinsky Youth Village in Be'er Ya'acov. 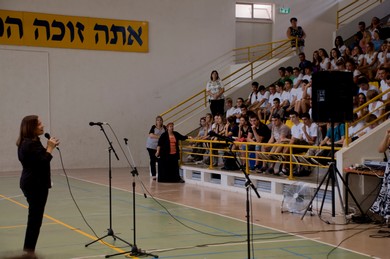 Yacimovich told the students that she was expelled from 9th grade in a high school in Ra'anana for sneaking into school at night and hanging up signs mocking the principal, and her parents sent her to a youth village to finish school."I wish students, teachers, parents a good, calm year in which you'll learn, create, contribute and moments of satisfaction will win over difficult moments," she said.
Advertisement
Subscribe for our daily newsletter