By TOVAH LAZAROFF, YAAKOV LAPPIN, BEN HARTMAN
Palestinian rioters in Hebron 370
(photo credit: TOVAH LAZAROFF)
Advertisement
Violence broke out in several spots across the West Bank on Thursday, as Palestinians buried three men they considered national heroes – two teenagers from Tulkarm and a security prisoner from Hebron.The IDF killed Amer Nassar, 17, and Naji Balbisi, 18, using live fire, when the two attacked a military guard post outside Tulkarm late on Wednesday night.The bodies of the two young men were carried on gurneys through the streets of their home village of Anabta on Thursday morning to chants about “martyrdom.”In Hebron, 15,000 Palestinians marched through the streets with the body of Maissara Abu Hamdiyeh, 63, who died of esophageal cancer in an Israeli prison on Tuesday. He was serving a life sentence for trying to bomb the Caffit Restaurant in Jerusalem’s German Colony neighborhood.Symbolic funerals also took place in Jenin, Ramallah and Gaza, where protesters walked behind a mock coffin.Throughout the day, Palestinians expressed their anger at Israel and the IDF by throwing stones, burning tires and in some cases lobbing firebombs at soldiers and IDF guard posts.Palestinians threw stones on the outskirts of Ramallah, near the Kalandiya checkpoint between Jerusalem and Ramallah, and near Hawara outside Nablus, where they also burned tires.In Samaria, some 100 Palestinians threw stones and burned tires near the Yitzhar settlement.Palestinians also threw stones at Rachel’s Tomb in Bethlehem, and near the villages of El-Khader, El-Aroub and Beit Umar in Gush Etzion.Spokesman Idan Iluz said that across the West Bank, no Border Police officers had been hurt in clashes with rioters.He added that the Border Police had made two arrests for rock-throwing – one at Kalandiya and the other near the Allenby Bridge to Jordan.But the largest outbreak of violence was in Hebron, where some 300 Palestinians rioted throughout the day, mostly near the Police Officer checkpoint, which has become a continual flashpoint.Palestinian teens threw stones and firebombs and rolled burning tires at soldiers, who responded with stun grenades and tear gas.Black smoke from the tires and white smoke from the tear gas was so strong at times that it rose up above the buildings and hovered in the air.Soldiers positioned themselves on rooftops and in the streets.Stores were closed near the Police Officer checkpoint, and the street was littered with stones and burning tires.Masked teenagers hid behind a barricade they had built of metal siding and trash barrels, and threw stones.Some onlookers, including children, stood on the sidelines to watch. One little girl positioned herself behind a concrete barrier near a soldier. At the time, the street was rocked by shots of tear gas canisters, rubber bullets and stun grenades.Mohammed Ayyad, the spokesman of the Palestinian Red Crescent, told The Jerusalem Post that 17 people were wounded in Thursday’s fights in Hebron and in the broader West Bank.He said that eight people had been wounded by rubber-coated bullets, and another eight had been hit by tear gas canisters.Palestinian prisoners in Israeli jails, where a three-day hunger strike had been declared, also protested.Prisons Service spokesman Sivan Weitzman said 1,900 security prisoners had sent back their meals on Thursday, the second day of the solidarity protests. The number is a significant drop from Wednesday, when, according to Weitzman, some 4,620 security prisoners – nearly all such prisoners in Israel’s prisons – sent back their meals.Weitzman said there was no violence reported in security blocks on Thursday.An army source downplayed the day’s events, saying the incidents of violence were not extraordinary, and that out of 15,000 mourners who had arrived at the funeral in Hebron, only dozens had taken part in disturbances.“This tells us that the masses don’t have the appetite to take part in rioting. The large majority isn’t interested,” the source said.In the usual hotspots around the West Bank, dozens showed up for disturbances, and the largest instance of unrest was registered at the Police Officer checkpoint, where 100 Palestinians threw stones at security personnel.“Is this very different from another sensitive day? Not really,” the source said.Separately the IDF continued to investigate the deaths of the two teenagers who attacked the guard post near Tulkarm.The IDF said that the teenagers had thrown firebombs at the guard post, and that the remains of seven such bombs had been found at the scene.The soldiers targeted by the firebombing felt their lives to be at risk and therefore used live fire, a senior defense source told the Post.According to Sarit Michaeli of B’Tselem – The Israeli Information Center for Human Rights in the Occupied Territories, at least three Palestinian teenagers had gone to attack the guard towers, and been able to get fairly close to it, when the IDF shot at them.Nassar, 17, was immediately identified as one of the boys shot, and his photograph was quickly circulated on Twitter and Facebook, along with a video of mourners marching his body through the streets immediately after his death late on Wednesday night. 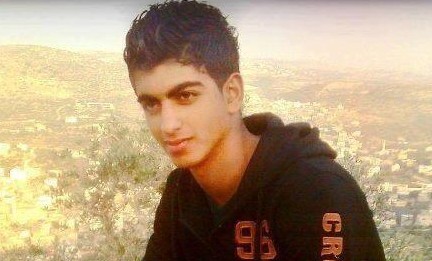 A second teen was wounded, but the third teen, Balbisi, was initially missing, according to Michaeli. His body was found hours later near the guard tower, she said.The two teens who died were friends. Palestinian activists circulated photographs on Twitter and Facebook of them sitting together and smoking.Nida Tuma contributed to this report.