The clip, which is set to the tune of George Harrison’s hit “Got My Mind Set on You,” features a number of prominent figures from Labor, Meretz. 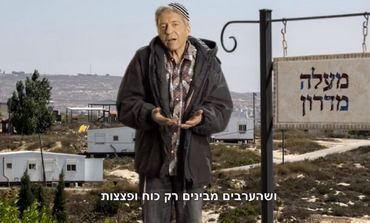 A video making fun of the Right posted on YouTube by Peace Now spread like wildfire online over the weekend, watched by more than 65,000 people in under 48 hours.The clip features left-wing leaders wearing right-wing garb, including former justice minister Yossi Beilin, former Knesset speaker Avraham Burg and MKs Eitan Cabel (Labor), Itzik Shmuli, (Labor), Ilan Gilon (Meretz) and Michael Rozin (Meretz). It features a parody on the song “I Got My Mind Set on You,” by George Harrison. Peace Now leader Yariv Oppenheimer said 65,000 views is considered a lot for an Israeli clip in Hebrew.The video was posted in honor of Purim, Oppenheimer said. He said his target audience was the Israeli Center, whom he wanted to reach out to, and his own camp on the Left.“We wanted to tell our camp that we are not afraid to attack the Right unapologetically and say what we believe in with a healthy amount of chutzpah,” Oppenheimer said. “We are often jealous of the Right because their world is so simple. For them, all the Left is anti-Israel, all Arabs are enemies and the entire world is anti-Semitic.”Meanwhile, Meretz held a convention on Friday in Tel Aviv in which former Palestinian prime minister Ahmed Qurei was a featured speaker. Qurei accused Israel of trying to derail the peace process by building in the West Bank.Meretz chairwoman Zehava Gal-On lashed out at Foreign Minister Avigdor Liberman for his calls to retake the Gaza Strip.“Have you gone mad?” she asked. “Do you really want to give a prize to Islamic Jihad? That would be the best prize they could hope for and the worst punishment possible for residents of the South.”