Out of 258 different initiatives, the Eilat-based one was selected by the conference as one of 19 of the most 'outstanding' conservation projects. 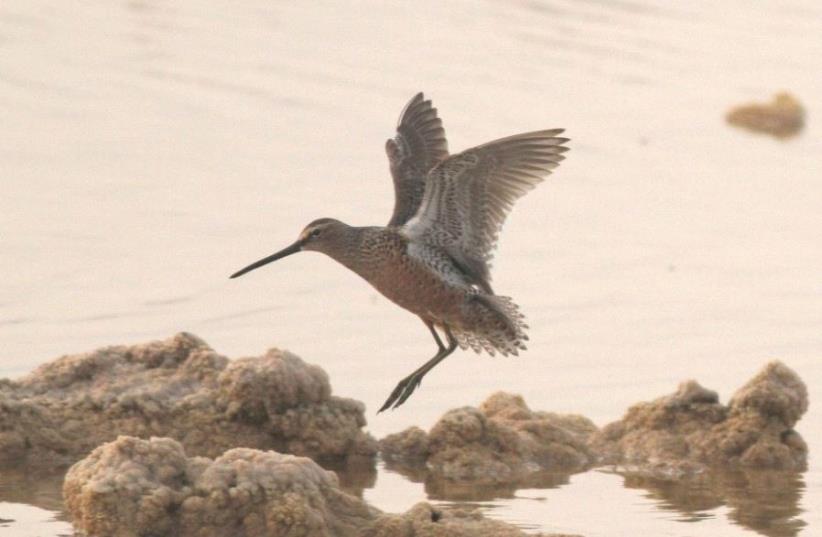 The United Nations 15th Conference of the Parties (COP15) to the Convention on Biological Diversity designated an Eilat International Birding & Research Center project as one of the most important conservation initiatives globally.

Out of 258 different initiatives, "bird observatory – a community-based biodiversity conservation of the migratory birds' flyway in Eilat" was selected by the conference as one of the 19 most "outstanding" conservation projects.

The center focuses on protecting birds from hazards such as antennae, power lines and wind turbines and marking certain sites as safe for migration and feeding.

The research center's location, Eilat, serves as an important geographical area for migratory birds, as it connects Eurasia and Africa, as well as the Sahara Desert.

The organization noted that, as many natural habitats have been destroyed due to human activities, many birds have settled in fields, orchards, gardens and sewage treatment infrastructure. The initiative noted that it requires support from the public in order to better protect the birds. One way the organization reaches out to the public is by convincing farmers to turn to birds as a natural means of pest control.

"To improve these man-made stopover sites for the birds, we need public support and participation and creative collaborations", said the research center's director, Noam Weiss. "To convince a farmer that birds can do pest control just as good or even better than pesticides, and therefore birds should feel safe and invited to the farms, or to collaborate with the local water company "En Netafim" to make the treated water reservoir a safer and better site for the birds, we need deep roots in our communities, research that involves the farmers and tons of goodwill".

Mayor of Eilat Eli Lankry praised the center, saying, "Eilat is exceptionally proud to be such an important stopover site of the flyway of so many birds. It is time to thank and acknowledge the Bird Sanctuary's staff, who are busy day and night to develop and make the sanctuary better for birds and people."

The International Birding & Research Center is a partnership between the municipality of Eilat, Eilot regional council, the Nature and Parks Authority, the Society for the Protection of Nature, KKL and the Ministry of Tourism.