From a whisper to a scream

In an interview with the ‘Post’ prior to canceling his two scheduled shows here, Elvis Costello was singing a much different tune.

By DAVID BRINN
MAY 25, 2010 05:38
Elvis illustration
(photo credit: Rick Steinhauser / Akron Beakon Journal MCT)
Advertisement
Even though Elvis Costello had decided to boycott Israel, he was still happy to talk to Israelis. The day after the news broke about the iconic British rocker’s cancellation of his two shows slated for the Caesarea Amphitheater on June 30 and July 1, I called Costello on a cell-phone number, which I had inadvertently obtained while interviewing him two weeks earlier and saved for kicks under “Elvis.”I called the US number, expecting to get a hotel receptionist or office manager who would laugh when I asked if Elvis was there. Instead, Costello himself answered the phone. Instead of angrily hanging up, he patiently said he was at the doctor with his twin sons, and asked if he could call me back in a few minutes. He did, and said he had read the story of his decision to cancel his shows on the Post’s Web site and, because it had accurately reflected what he had said two weeks earlier, he felt he owed it to me to talk to me again.However, he said he didn’t want to say anything about his decision beyond what he had written in his statement, other than admitting that it had been “part of a 30-year conundrum” regarding the Israeli-Palestinian conflict and that, no, he had not been threatened or coerced by anyone to cancel the shows.Then, off the record, he proceeded to basically reiterate – with a little elaboration – what he had already written. Stepping out of my journalist’s hat, I told him that he was actually strengthening the Palestinian rejectionists and hurting the moderates by canceling and that he was just plain wrong.“That’s great, we should be able to disagree and talk about it,” he responded. “That’s the way it should be.”As bull-headed, opinionated and passionate 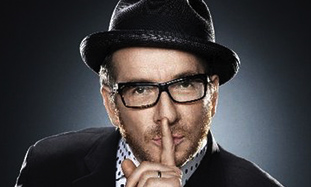