'JPost' column on hottest Jewish news: "Jew Girl" takes on Zooey Deschanel; Jay-Z is in a Hanukkah state of mind.

By LAHAV HARKOV
weekly schmooze 311
(photo credit: Courtesy)
Advertisement
Lots of creative people use Kickstarter to fund their projects, and it looks like Bar Refaeli joined their ranks. Well, sort of. Refaeli and Funny or Die collaborated on a hilarious faux Kickstarter page to fund her sex tape. If viewers try to contribute to the project, they'll see links to amfAR and Project Sunshine. Sorry guys, Bar is classier than that.
Bar Refaeli&#x27;s Sex Tape Kickstarter from Bar Refaeli
Funny or Die writers have been on a Jewish kick lately. Another one of their recent gems is "The Jew Girl," their take on the popular sitcom "New Girl." Bess has Zooey Deschanel's blue eyes, quirky personality and grade-school-appropriate clothing, but the "New Girl" star's Pantene-commercial locks are replaced with curly, frizzy hair. "Jew Girl" features awkward roommate situations like Deschanel's character, but hers involve Friday night dinner (with kugel!!) and questions like "Why does your schmekel look like it's wearing a turtleneck?"
The Jew Girl from Brandon Johnson
Mila Kunis, recently declared Esquire's sexiest woman in the world, is reconnecting with Judaism. Well, sort of. Kunis' boyfriend and "That 70s Show" co-star Ashton Kutcher took her to Rosh Hashanna services at the New York Kabbalah Center. When she starts wearing a red string around her wrist, you'll know she's really committed. 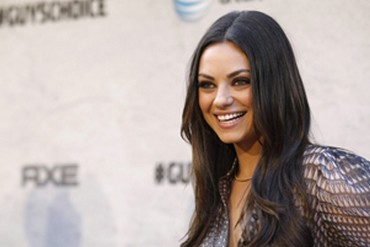 Mila Kunis (Reuters)Mayim Bialik is an actress, neuroscientist, former child star, newly Orthodox, and lecturer-author on attachment parenting. If that's not enough, she's also vegan and decided to work with PETA to encourage others to go vegan in a very cute campaign: 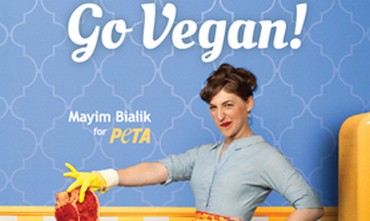 Mayim Bialik (Peta.org)Jay-Z finished a successful eight-night run at the Barclay's Center in Brooklyn about two weeks ago, bringing attention to the new arena where the Brooklyn Nets, which he owns, play. Backstage, far from the media's eye, Jay-Z decided to compare the eight concerts to Hanukkah, and lit a menorah every night. The Jewish guy who lent him the menorah, Amit Wehle, happens to live in Jay-Z's old apartment on 560 State Street, which was immortalized as the spot where Hova sold drugs and worked on his music in the song "Empire State of Mind." Wehle recounted the story of his apartment and the menorah here. 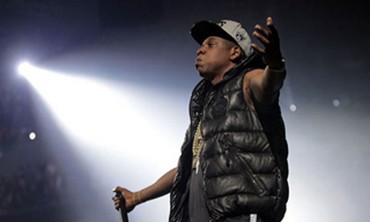 Jay Z (Reuters)The Weekly Schmooze collects the hottest Jewish culture news from around the world. Ranging from celebrities to philanthropy to quirky communities, we're here to schmooze about Jews. If you have any news to share with The Weekly Schmooze, write to: [email protected].