The Weekly Schmooze: JAPs take over the Internet

By LAHAV HARKOV
weekly schmooze 311
(photo credit: Courtesy)
Advertisement
It's a banner week for JAPs on the Internet. "Princesses Long Island" is still going strong, with 6 Degrees No Bacon posting weekly recaps, and now Buzzfeed is continuing with its Jewish-themed lists with "32 Things Jewish Girls Can't Resist." What Buzzfeed doesn't seem to realize, though, is that not all Jewish girls come from Long Island. Just the ones on reality TV. Also, isn't Jay-Z beloved by all religions, genders and ethnicities? Why is that a Jewish girl thing? Buzzfeed has another list about something Jewish girls (and many Jewish guys) can't resist: Barbra Streisand. There are at least 21 reasons that she's the original diva. 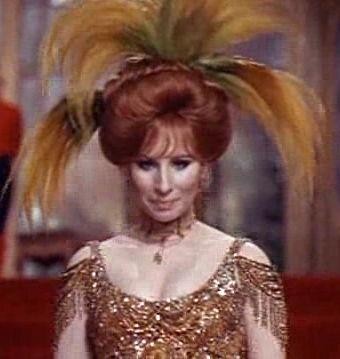 Meanwhile, a trio of JAPs who call themselves "betches" Jordana Abraham, Aleen Kuperman and Samantha Fishbein have parlayed their popular lifestyle blog into a book titled Nice is just a place in France: How to win at basically everything. Their three basic rules in life are don't be easy, don't be poor and don't be ugly. Check out Kathie Lee and Hoda Kotb trying to guess whether the "betches" are kidding or not (sadly, it seems they're not):

Visit NBCNews.com for breaking news, world news, and news about the economy

In celebrity gossip news, Rocco, son of Madonna and Guy Ritchie, is now a man. That is, he was Bar Mitzva'ed this week at the Kabballah Center in New York. The party continued at Bklyn Beast, a parkour training facility. Madge instagrammed a photo of a Torah being written in honor of the occasion, with the message "Lucky 13! Happy birthday! Potential…responsibility!"Jewish heartthrob and Maroon 5 frontman Adam Levine got engaged to Victoria's Secret Angel Behati Prinsloo this week. He was dating a different model earlier this year, but reunited with Prinsloo and decided that she's the one. Mazel tov! 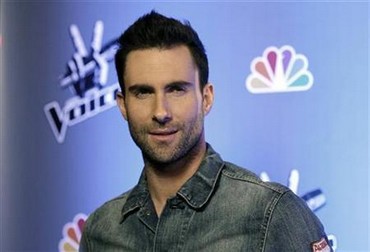 Last week, the Schmooze featured a video clip of a game called "Angry Jew," and wrote that it wasn't a real game. Turns out that Gil Elnekave is working with an Israeli and an American partner on Jewish-themed video games. If you forgot what "Angry Jew" is about, here's the clip again:If you have any news to share with The Weekly Schmooze, write to: [email protected]