How much tuna can I eat a week before I need to worry about mercury?

Whether mercury is harmful or not depends on the amount of fish you eat and how often. After all, it is the dose that makes the poison. 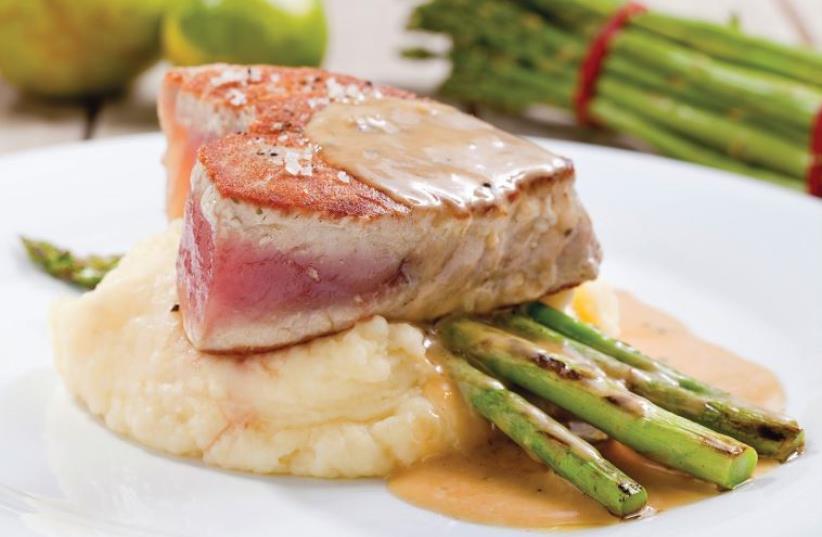 For as little as 75 cents a tin, canned tuna is an excellent, affordable source of protein, polyunsaturated fats and other nutrients. A tin of tuna is significantly cheaper than many types of fresh meat or fish.

Sounds good, but how much can you eat before you need to worry about mercury?

It is safe for everyone (including pregnant women) to consume canned tuna as part of their fish intake.

Canned tuna generally has lower levels of mercury than tuna fillets because smaller tuna species are used and the tuna are generally younger when caught.

But how many tins a week?

Lab tests we did for the ABC TV science program Catalyst in 2015 suggest – depending on your body weight and the exact brand of tuna you buy – you could eat anywhere between 25 and 35 small tins (95g each) of tuna a week before you hit maximum mercury limits.

That’s a level even the most keen tuna-lover would be hard pressed to consume.

Mercury is naturally present in our environment but can biomagnify to relatively high concentrations in fish – particularly predatory fish.

Most forms of mercury are potentially very toxic to humans. But to make matters worse, a substantial proportion of mercury in fish is present as methylmercury – a potent neurotoxin formed by bacteria in waters and sediments.

Although mercury pollution has increased since industrialisation, accumulation of methylmercury in animals is a completely natural phenomenon.

Even fish caught from the middle of the ocean, far from any polluting sources, will contain methylmercury.

Over the years, some scientists have raised concerns about high concentrations of mercury in canned tuna.

Mercury concentrations are higher in predatory fish such as tuna and generally increase with age and size. So this concern has largely been associated with the use of tuna species such as albacore and larger tuna specimens.

Skipjack and yellowfin are the main tuna species listed as ingredients in canned tuna in brands sold at Australian supermarkets.

Skipjack are the smallest of the major tuna species, while yellowfin are larger.

So, the fact the canned tuna in Australian cupboards is likely to contain smaller species is already a bonus when it comes to reducing mercury risk.

But let’s drill down to the details.

Two separate maximum levels are imposed for fish ― a level of 1.0 mg mercury/kg for the fish that are known to contain high levels of mercury (such as swordfish, southern bluefin tuna, barramundi, ling, orange roughy, rays and shark) and a level of 0.5 mg/kg for all other species of fish.

However, whether mercury is harmful or not also depends on the amount of fish you eat and how often. After all, it is the dose that makes the poison.

Based on international guidelines, Food Standards Australia New Zealand also provides recommended safe limits for dietary intake. In other words, how much mercury you can safely have from all food sources (not just fish).

This limit is known as the “provisional tolerable weekly intake” or PTWI.

The maximum dose of mercury set for the general population is 3.3 micrograms per kilogram of body weight per week. 1,000 micrograms (µg) is 1 milligram (mg).(The guidelines assume all mercury in fish is present as the more harmful methylmercury as a worst case scenario).

The dose for pregnant women is approximately half this value – 1.6 micrograms per kilogram of body weight per week).

Pregnant women are advised to limit their fish intake because of placental transfer of mercury to the unborn foetus and the effect of mercury on neural development.

Given the very low sample numbers, our data is just a snapshot of mercury concentrations. More research is clearly needed.

We found none of the canned tuna brands exceeded the safe consumption levels for mercury of 0.5 milligrams of mercury a kilogram. All three tins had slightly different levels of mercury but even the “worst” one wasn’t that bad.

It is unlikely many consumers will reach these limits.

Food Standards Australia New Zealand recommends that, for orange roughy (also known as deep sea perch) or catfish, people should limit themselves to one 150 gram serving a week with no other fish that week. For shark (flake) or swordfish/broadbill and marlin, the limit is one serving a fortnight.