What your booger color says about your health

We all check the tissue after blowing our noses. This guide describes each color of discharge. Is it something to worry about or is it just a simple cold?

Don't be one of those people who get caught picking their nose in a traffic jam and then inspect the treasure. Learn what the mucus color means so you can treat it and avoid the doctor.

A runny nose is always bothersome, but not every runny nose is annoying in the same way. Each color and texture has a different meaning. Here's what you must know:

Clear mucus is a normal, healthy discharge from the nasal cavity. One reason for a clear runny nose is an allergy like during the changing of the seasons, which often also happens alongside an endlessly runny nose, sneezing, tears in the eyes and irritation of the nose.

Another type of clear runny nose is the one that comes in the first and mild stages of a cold or inflammation of the upper respiratory tract.

A white runny nose is also a "normal" runny nose in the early stages of flu, upper respiratory tract infections and various winter colds. In these conditions, usually after a few days of clear mucus, it becomes whiter and thicker. This is a natural process that shouldn't bother you. 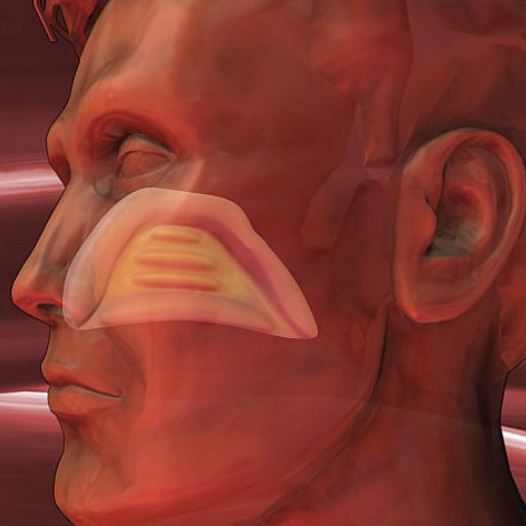 When the snot changes color to yellow or green it indicates inflammation. An inflamed runny nose does indicate a bacterial infection, but that doesn't mean you have to go to the doctor. If the inflammatory rhinitis is also accompanied by a high fever, headache or strong cough, see a doctor.

A runny nose with a pink to red hue suggests blood, but it's absolutely no reason to stress. There's slight bleeding from the nasal cavity.

Congestion in the nose can also cause congestion in the blood vessels and one can burst. In the winter, because of the dryness and the cold, there's also dryness in the mucus membranes, and sometimes this can cause bleeding.

If you have a slight nosebleed or residual blood, use moisturizing ointments for the nose and wash it with salt water. If the bleeding doesn't stop or repeats itself, a doctor can cauterize the broken blood vessel to repair it.

A brown runny nose indicates older bleeding that has dried up. Here too, don't worry about the blood. If significant bleeding or bloody phlegm appears, consult a doctor.

And here are some other things you absolutely must know about rhinitis.

The runny nose may come out over time from only one nostril, and that's common in kids. Check that there's no foreign body stuck in the nostril.

If over time green snot comes out of only one nostril, and it stinks, the kid probably put something foreign up there which deteriorated. It happens quite often, and a doctor should remove it.

The smell of the runny nose

Mucus usually has no unusual smell. If it does, this indicates infection, and you should go get medical attention.

Runny nose doesn't just flow out of the nostrils but also comes down from the back nasal cavity. Lots of mucous causes phlegm, which causes coughing and a feeling of discomfort in the throat. If there's a lot of phlegm over a long period of time, see a doctor.

In the first stages of a runny nose (transparent to light yellow), salt water rinses are the most recommended solution for kids and adults. If the mucus blocks the nose, use nasal drops to shrink the mucus membranes.

The drops don't dry up the mucous, but improve the congestion, and can be used for no more than 5 days. Salt water, the purpose of which is to dry the runny nose itself, can be used without limitation, at any age.

If it's an inflammatory runny nose (yellow-green) that comes with additional illness symptoms, you might need antibiotics.

Medical advice for this article is from: Dr. Ayal Russo, ENT at Maccabi Health Services