Pigs catch coronavirus but don't get sick, scientists may know why - study

When infected with the novel coronavirus, pig cells undergo a sort of strategic suicide called apoptosis, which kills the infected cells and stops them from spreading the virus.

Pigs and COVID-19: They can catch the coronavirus, but not get sick. Why is that?
(photo credit: BAR-ILAN UNIVERSITY, Wikimedia Commons)
Advertisement

COVID-19, the disease caused by the novel coronavirus, has infected millions of people worldwide as well as many different animals. But although they can be infected, pigs never seem to get sick or become contagious.

Now, thanks to a new study published in the peer-reviewed academic journal Cell Death Discovery, scientists think they know why.

SARS-CoV-2, the novel coronavirus that causes COVID-19, is itself thought to be a zoonotic disease, meaning it originates from animals and somehow made its way to humans. This much is widely agreed upon, though exactly how it made that jump to humans remains a matter of debate.

As a zoonotic disease, it is unsurprising that many different types of animals have also been able to contract the virus. In particular, cats, dogs, ferrets, minks, deer, tigers and hamsters have all been able to contract the virus, become sick and, in some cases, spread it. Further, these were also known to be reverse-zoonotic transmissions, also known as zoo-anthroponotic transmission, meaning they were infected by humans.

From the start of the pandemic, it was known to scientists that pigs could also be infected with coronavirus, though they would need to be exposed to large amounts. 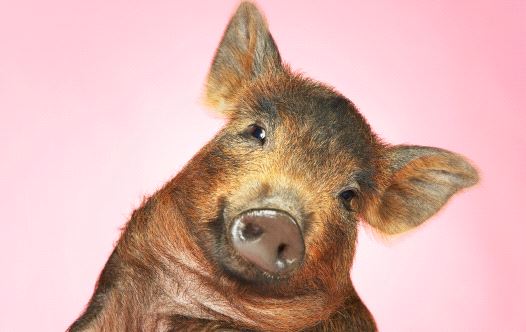 This was an exciting discovery at the time. After all, if pigs can contract coronavirus but not get sick – and neutralizing antibodies were detected – then they could possibly be used as a model to study viral immunogenicity.

Why are pigs so resistant to the novel coronavirus?

To find out, the scientists introduced samples of the virus to cell cultures derived from respiratory epithelial cells - which line the respiratory tract - of both humans and pigs to see what happened.

While the human cell culture acted as expected, the pig cell culture did something different. Essentially, in response to being infected by SARS-CoV-2, pig cells just died, the nuclei of their cells shredding into fragments.

This type of controlled cell death is called apoptosis, and while the term cell death might sound scary, it actually means that rather than spreading the infection to the other cells, the infected cells simply die, stopping the infection in its tracks, all the while causing minimal tissue damage.

This is not a phenomenon exclusive to pigs; humans are known to do this too, including in response to the coronavirus. But pig cells are 100 times more likely to do so.

Rather than apoptosis, human cells are far more likely to undergo a process known as necrosis. This is another form of cell death, but unlike apoptosis, it is far less controlled. When a cell undergoes necrosis, it releases its contents into its surroundings. This results in everything spreading and triggering a very strong hyperimmune response.

In other words, necrosis is bad, while apoptosis can take care of infection quickly without making the immune system overreact.

Why can pigs do apoptosis better than humans?

“We don’t want to over-conclude, but this response is probably something intrinsic to the pig immune system that is innate and not acquired,” he said in a statement.

But just because it's innate doesn't mean we can't learn from it.

Further studies on pigs could see developments made in therapeutic treatments for humans with coronavirus that would trigger apoptosis, avoiding severe symptoms and aiding in recovery.

To do this, the team behind the study will work to identify all the different genes activated in the process. Then they will look at other animals and compare, as there are other species like deer that can carry coronavirus and even spread it but not suffer symptoms.

As coronavirus infections in animals could lead to the potential development of new variants, finding ways to fight this virus in all types of infected species is a high priority in fighting the COVID-19 pandemic.