How does a couple balance custody sharing with work, when whole schools are closed without warning, or children face multiple rounds of having to quarantine at home?

‘A SINGLE QUESTION serves as the sole criterion for whether or not a couple should stay together: Do you still love each other?’
(photo credit: ERIC HIBBELER/THE KANSAS CITY STAR/TNS)
Advertisement

Lawyers representing couples in disputes that include international considerations always recognized the need to include special provisions in both monetary and divorce agreements, and that was true even before corona. Yet no one could have foreseen some of the unique pandemic issues.

How did corona affect couples from different countries? Could one spouse, mid-divorce proceedings, veto the other spouse’s planned trip overseas based on corona safety concerns?

Who gets to define what is an “essential trip,” and what is in a young child’s “best interests” during such a dispute?

What if only one of the two were Jewish or Israeli, and the other was a different religion or nationality?

How does a couple balance custody sharing with work, when whole schools are closed without warning, or children face multiple rounds of having to quarantine at home? 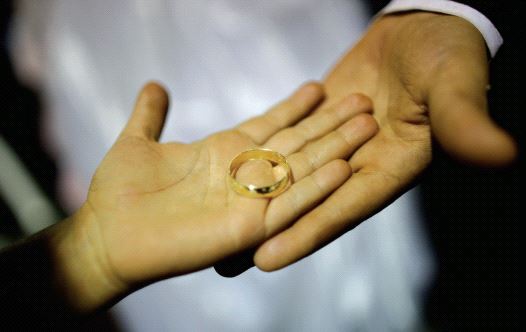 According to family law expert Yehudit Meisels, there are hundreds if not thousands of couples in these circumstances.

One case Meisels handled involved a mixed American-Israeli couple who were separated and on the path to divorce.The couple met when the woman was 38 and had made aliyah.

By the time of the dispute, she was in her 50s.

The couple had two children who had been raised as bilingual, bi-cultural and with dual citizenship.

As part of their emphasis on American culture, they regularly met with American grandparents and cousins, visiting the US two to three times a year. They also celebrated the American holiday of Thanksgiving and played on baseball teams.

The Israeli husband demanded an end to the visits to the US when the pandemic hit. The mother, who had been able to see her parents three or four times a year based on both sides of the family traveling, suddenly needed to fight to gain even a single visit.

The courts approved her request to visit the US despite corona, but the whole situation showed how the virus injected a new level of complication into an already complex dispute.

In another instance Meisels handled, both members of the couple were French, made aliyah, and then had a child together.

This couple was also already on the way toward divorce when the husband, during one of the corona peaks, vetoed his wife flying to attend the wedding of her niece in the US. He did this even though her whole side of the family would be attending.

The husband said that she could not travel with their baby, who would be defenseless against corona since babies could not wear masks nor could they be vaccinated.

Furthermore, he argued that the baby would not enjoy the trip, and this would be almost torturing the baby over a 20-hour travel time frame simply to attend an event of distant relatives.

This was during an earlier period of COVID, when there were more severe health hazards and when the visit was not essential, which went against government guidance to refrain from any non-essential flying.

When the husband’s parents came to Israel from overseas, the wife created obstacles for their visit, demanding to know whether they had properly observed post-travel quarantine rules and whether they were vaccinated.

The courts eventually ruled that the wife’s flight for the US wedding was not essential, and the baby remained in Israel.

A third case of Meisels illustrated a different set of issues caused by corona.

A homosexual Israeli couple was on the way to parenthood through an international surrogate in the US, as dozens of Israelis now do each year.

It was recommended to the parents to move up their flight to the US to an earlier date for meeting and adopting the baby, to avoid the scenario where the US might close its borders to non-citizens due to a corona spike.

They filed an emergency motion with the family court to order a DNA test of the couple to prove their genetic connection as fathers, which would serve as the basis for them to receive an expedited flight.

The court issued the order even without the state joining the proceeding due to the pressing nature of the situation.

Assaf Ohayon, one of the fathers, said that “everyone was drafted” to help them when they arrived in the US weeks early in the midst of the corona wave, from family members to the Airbnb host, which they were not due to use for weeks.

Due to the pandemic, Ohayon said that he “only met the surrogate for the first time in the delivery room.”

After their baby was born and Ohayon came by the surrogate’s residence, he said the surrogate’s family “was very afraid of COVID,” so everything was done while he waited outside near his car. “It was very very strange,” he said.

The couple, and 18 other couples in similar circumstances, later filed petitions with the district court to provide lenient conditions for them and their new adopted children to return to Israel despite the existing pandemic regulations.

Eventually, the state agreed to the lenient conditions before it was necessary for the court to rule.

However, due to a mix of the corona crisis and Ohayon and his partner’s homosexual status, they received only a temporary pass for their baby to return to Israel. Another heterosexual couple received their baby’s new passport much easier.

“I needed to take a deep breath to deal with this,” said Ohayon.

Meisels represents many such couples. Having been raised in Israel by English speakers who made aliyah from the New York area, she has the cultural and linguistic background to make her especially qualified for these complicated cases.

“The corona pandemic has forced all of us to adapt to the atmosphere of the times,” said Meisels.

She noted a readiness to consult with clients by Zoom or even have them approve power of attorney to execute documents virtually where in the past, in-person meetings would have been required.

One thing that did not change is “the pandemic did not reduce the number of international [marital] disputes, and in some ways, the pandemic even exacerbated them,” Meisels said. “The world transformed from an accessible global village to islands of individual states maintaining separation from other states. Persons with international aspects to their lives are among the first to be harmed” by the new situation.

However, she said it was still possible to conduct separation and divorce proceedings in the corona era, noting that she recently received special approval from a court to approve a divorce agreement without the couple appearing physically in court, as is standard.

She added that some of the corona-related disputes were unavoidable, but that in some cases one or both spouses sought to use the corona situation as a wedge issue to gain some kind of advantage over the other in the context of the divorce or child custody proceedings.

Meisels said that the courts have done “an excellent job... focusing on the best interests and health of the child” as the guiding principle in cutting through some of these aggressive tactics.