Why does my child bully other children? How do I stop him?

What causes children to be abusive and how can parents help them stop hurting others?

Practically every parent sends a child to an educational setting with certain concerns, and prays that he/she won’t be harmed, humiliated or insulted. And this fear is well-founded - children from kindergarten age to youth in military settings suffer from ridicule, shaming, exclusion, humiliation, slaps, beatings, sexual assault and other forms of violence, which is very frightening.

But just as we fear that our children will become victims, how will we react if we find out that, actually, it’s our son or daughter who's the one threatening others and acting out violently?

Before we’re overwhelmed with feelings of severe parental failure - it’s important that we understand that how we behave has a purpose and is observed by our kids, and even if the path is negative, the final goal will be positive and bring us to a place where we feel loved, wanted, accepted, capable and belong to family and society.

We make mistakes due to a variety of emotional difficulties or physiological disabilities, yet they also reflect the relationships we have at home, the family atmosphere and the lifestyle our child adapts to as an outcome of all of these.

A family atmosphere based, for example, on dominance and inequality, one that distinguishes between the dominant and the controlled and which elevates the strong over the weak, may lead the child to think that in order to belong to the family and society, he/she must be strong, insist that his/her way is the only way and adopt a powerful stance.

Children who have been weakened or attacked themselves and can’t confront the abuser with his/her pain will direct the negative feelings that have accumulated in them toward others.

A child who doesn’t experience warmth, love, encouragement, acceptance and whose physiological and physical needs are ignored so he/she can’t properly grow and develop; he/she may believe that his life has no meaning and so will turn his hopelessness inward and on others to thwart any intention to help him.

On the other hand, Alfred Adler, the father of Adlerian theory, is against indulgence. He claims that a girl whose parents treat her like a princess, removing every obstacle and providing her with everything - will go out into society without coping techniques and won’t believe in her abilities. A pampered girl who is used to getting everything she wants, always and on-demand, will express dissatisfaction when her demands aren’t met and will express arrogance towards adults and children around her.

Similar to pampered children, who don’t feel capable and can’t recognize their inner strengths, disadvantaged children risk developing a superiority complex to compensate for certain perceived gaps between them and classmates, and to lift their sense of worth - they’ll hurt and demean others.

Stop-go in another direction

If you discovered that your daughter is defaming another girl on social media, that your son is throwing objects at the heads of friends from kindergarten or that your little girl is leading a boycott of a new girl in the neighborhood - it's time to uproot the pain.

It’s highly advisable not to handle matters alone, and to first involve the school staff. The school counselor, kindergarten teacher or homeroom teacher has the tools, experience and familiarity with the various treatments.

If it’s a physical injury or the posting of a video that includes nudity or sexual assault, you need to speak with a youth social worker or with the professionals in organizations and associations working in the field, and even contact the police or medical authorities.

In any case, the parents' perceptual change is substantial and can address the child's high levels of frustration, his lack of self-confidence, improving his sense of security and value, and his recognition of the emotional state of another girl or boy. 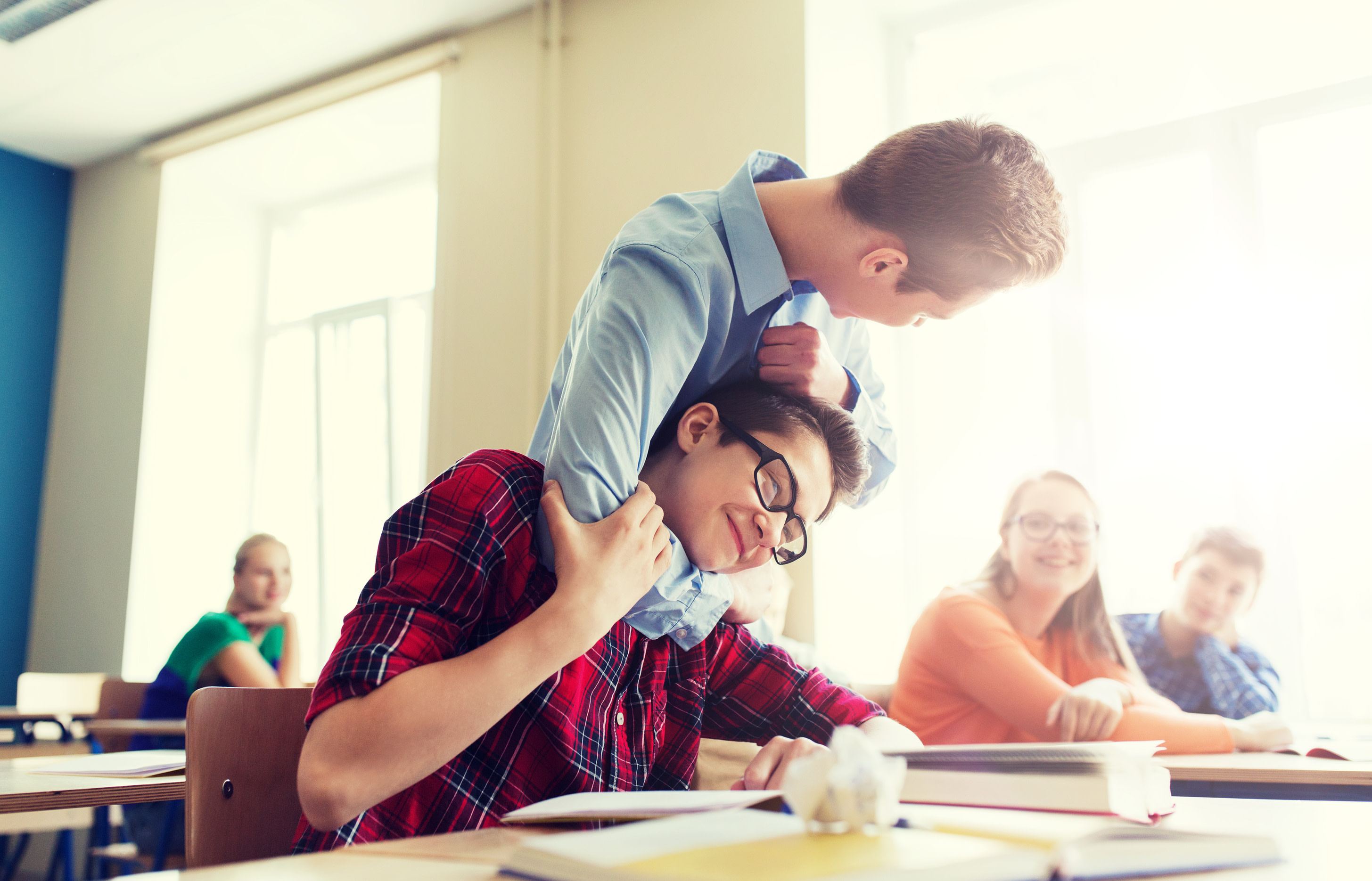 Where to begin? Open, wide-ranging discussion

After we take a deep breath, we’ll understand that our child's pain requires specific treatment and response, just like a victim’s.  We’ll devote time and emotional resources to open conversation and parental involvement. We’ll listen to our child, hear what he/she says about the incident, without confronting and starting a cross-examination. We’ll try to understand the event, how long it lasted and how our child feels about his involvement in it. Most feelings are legitimate, but we’ll be firm in stating that there is never a reason for any kind of assault and violence.

Parents must hold in their child’s pain

Parents need to leave our sense of disappointment and the arrows of criticism out of the room. We’ll gather in the child's pain and provide him/her with family support, unconditional love and be full of encouragement. With this approach, he/she can hopefully, gradually, develop self-confidence and the courage to choose positive behaviors and act in a cooperative way.

Separation between the deed and the doer

On the one hand, it’s crucial that we teach children to take responsibility for actions and choices, but on the other hand, leave a large space for change and positive movement, and don’t push down self-esteem - don’t use labels like 'violent' or 'bully' but make clear that bullying or violent behavior is completely unacceptable.

Strengthening a sense of empathy

Parental modeling that is based on respect, compassion, helping others, and a family atmosphere that recognizes the subjective perception of the other - will help establish in our children a sense of empathy that is critical to have in order to avoid hurting others. With empathic ability, children will be able to understand those who are different and feel their pain or suffering as if it was his or hers, and will want to negate or prevent another person’s distress.

Because coping with frustration is a critical factor for development and growth, it’s crucial that we curtail our child's frustrations and help him/her practice delaying gratification and dealing with gaps between what’s desired and what’s possible, in a way that is age appropriate. We won’t run from problems, feel sorry for the child or break down ourselves when we aren’t satisfied, unable to manage a situation, or not meeting our and society's expectations.

Parents will know that children can deal with what has come our way, we’ll believe in their ability to behave according to accepted behavioral mores, we’ll continue to strengthen their sense of worth by reflecting the positive traits we have identified, and together find alternative solutions to dealing with frustrating situations such as running, drawing, listening to music, deep breathing etc.

Creating an alternative space for expression and acceptance

Be involved in your child's daily experiences. Allow them to express themselves, create an open space at home for conversation and advice, assist them in mediating social situations, divert attention if reactions are driven by social pressure, and open up alternative ways for them to be accepted and admired within a peer group. For example: remind them to say “mazal tov” when a friend is celebrating a birthday, encourage them to go cycling with classmates and enroll them in activities, like sports, which focus on social cooperation.

Sometime after the first discussion, teach children to bear the consequences of their choices. As they grow older and enjoy more degrees of freedom, they must recognize the logical consequences that their choices have for their lives and the lives of others.

Share with your child the ability to repent and build a different future. Talk about the wrong choices you have made or speak about a personal failure you had. Emphasize the abilities and mental strength you found to overcome and express remorse. In cases of injury to another - it’s not always possible to express remorse in front of the victim, and this should be done with educators or a professional caregiver, but it’s very important to express it orally and even in writing, even if the letter stays in the drawer.

At the same time as you ensure that the victim is treated, continue to be on your child's side. They need you and your faith and support in them.