Paid maternity leave in Israel shorter than in other countries

Israel's Taub Center study finds that higher-paid, better-educated mothers return to work much faster than those who earn less

The decline in employment figures among mothers after giving birth for the first time is referred to in research literature as the “motherhood penalty.” It is regarded as one of the main factors in the existence of wage gaps between women and men.

A researcher at the Taub Center for Social Policy Studies in Jerusalem recently examined the impact of the postpartum period on both the future of children and the career progression of their parents, especially mothers.

The study by Noam Zontag, today a Bank of Israel researcher who did the study when he was at Taub, found that the socioeconomic level of the mothers was a major factor in determining how fast they returned to work after having a baby.

How does maternity leave work in Israel?

In many cases, maternity leave is extended beyond the duration of paid leave. 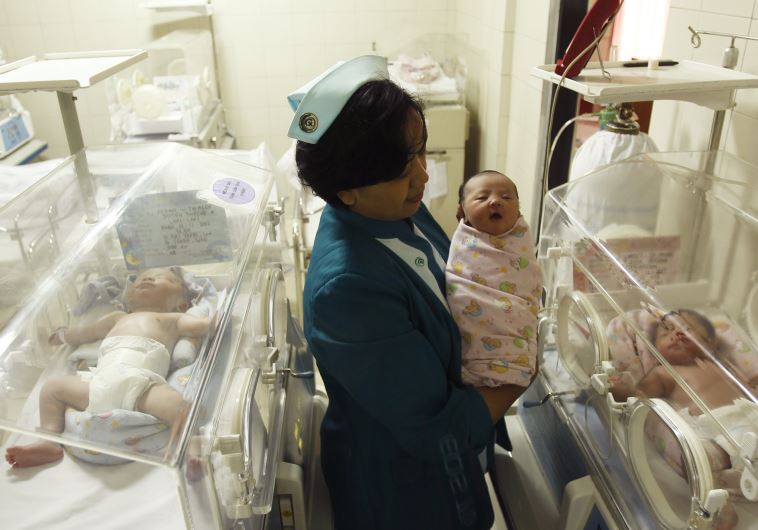 In Israel, a woman who was employed for at least 12 months by the same employer or in the same workplace (even if the employer has changed) is entitled to 26 weeks of maternity leave, divided into 15 weeks of paid leave and 11 weeks of unpaid leave.

The maternity allowance is paid in one payment into the bank account of the entitled mother. It is determined according to the mother’s income (based on the National Insurance Institute payment), up to a maximum of NIS 1,521 per day.

The issue of when women go back to work is of great importance in Israeli society, wrote Zontag, because it is characterized by high fertility rates and high employment rates of parents, especially mothers, compared with other developed countries.

Studies from around the world show that after the first birth, there is a decline in the employment of mothers that is reflected in both a decrease in employment rates and a drop in the number of working hours. Mothers often choose career paths that, while better integrated with family life, can harm the accumulation of employment experience, professional development and future opportunities for advancement and salary increases.

A positive correlation was found between the level of education and employment rates after childbirth, especially among Arab mothers.

Mothers with an academic education tend to return to their jobs after childbirth faster than less-educated mothers, and in the fourth quarter after giving birth, the employment rates of educated mothers are already quite close to the rates measured among them before childbirth.

In addition, the higher the level of wages before childbirth, the higher the chances of working after it. The study found that men and women who earned high wages before the birth of a child tended to work after it at higher rates than those who earned lower wages. It is easier for women who are academics and better paid to return faster to their jobs because they can afford and access childcare for their babies and toddlers much more easily.

As for the employment of the fathers, it was found that it is not significantly affected by childbirth, neither in the Jewish sector nor in the Arab sector.

This finding is consistent with those in the research literature, according to which women, after having a baby, care for their children at the expense of their employment outside the home, whereas men continue to participate in the labor market on a scale similar to those before childbirth. Israeli law allows them to take some paternity leave by splitting the 15 weeks of maternity leave with the mother, forcing families to decide if the mother should return to work early for the father to use his leave. Very few men take this option.

Another interesting finding is related to the effect of the number of small children in a family on the parents’ employment. The employment rates for parents of three children under the age of six are lower than for parents of one or two children, for Jewish and Arab mothers and for Jewish fathers, but not for Arab fathers.