Forceps birth vs. caesarean: Which is more dangerous?

In recent years, doctors have preferred to perform a cesarean section instead of trying a forceps or vacuum birth, due to the fear of causing a baby neurological damage and/or physical injuries.

Forceps birth (or a delivery using any device) has a dubious reputation, and is considered to be an emergency measure that can harm the baby. For this reason, the rate of births using forceps or a vacuum has dropped significantly and doctors prefer to perform a caesarean section rather than deliver a baby using instruments.

Even medical training programs have reduced studies in this subject. However, now a new and extensive study, published in the Journal of Maternal-Fetal Neonatal Medicine, clarifies that in most cases forceps births are safe to perform.

What is forceps birth?

Forceps birth is one of two possible actions to be performed in the second stage of delivery, and is designed to help pull a newborn not advancing in the birth canal. The other method is avvacuum birth. Doctors use this method mainly in cases of childbirth before week 34, when there is difficulty in continuing the delivery, when the mother has trouble pushing, or following a failure to extract the fetus from the mother's vagina via vacuum.

Possible risks of instrumental birth include in some cases skull fractures, cerebral hemorrhage, damage to the newborn's brain tissue or vaginal injury in the mother.

Caesarean sections have been used instead of forceps and  vacuum births in recent years, from the belief that this method can reduce the amount of potential complications in childbirth. Despite the medical world's preference for cesarean  over instrumental births, cesarean section carries potential risks to newborns and also can cause the mom to bleed excessively or develop other medical complications.

The current study, led by Dr. Gabriel Levin, a senior lecturer in the Faculty of Medicine at the Hebrew University, and by the director of gynecology at Tel Hashomer, Dr. Raanan Meir, examined forceps birth rates that account for less than half a percent of births in Israel, in a continuation of a study published a year ago about forceps births and potential physical injury to the mother.

During the study, over 183,191 births of a single newborn were performed in the years 2011-2020, with 861 of them ending in forceps births at Hadassah Medical Center and Sheba Medical Center. Some 0.5% of all pregnancies were performed with forceps and 9.9 % of the mothers had previously had a cesarean delivery.

The study took into account various factors, such as basic characteristics of the mother including age, index and body mass of the mother (BMI), comorbidities and obstetric history, pregnancy complications including occurrence of gestational hypertension, gestational diabetes and fetal sex, as well as outcomes such as gestational age at birth, how labor started, use of epidural anesthesia, birth weight, neonatal complications and more. 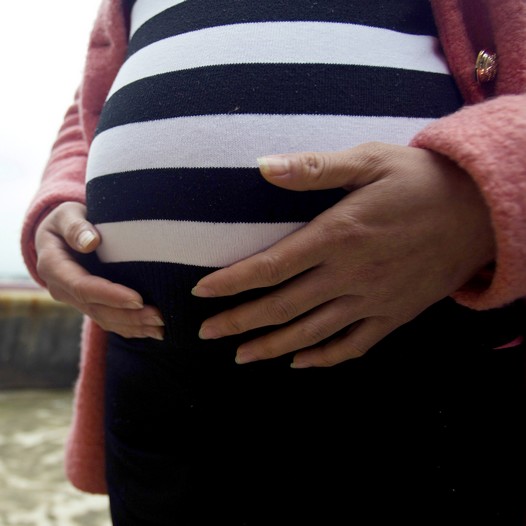 The study findings revealed that in 15.2% of births defined as forceps birth there were injuries that required hospitalization in the neonatal intensive care unit, including scalp injuries, fractures (in the skull and clavicle), intracranial hemorrhage and cephalopathy (accumulation of blood between one of the cartilage bones that is a common occurrence after forceps birth or following pressure during the passage in the birth canal. Also, newborns had low Apgar scores (less than 5 and 7 in the first five minutes after birth) and measures of asphyxia (disturbance in the supply of oxygen and blood to the baby's body). Despite these difficult findings, it should be noted that these effects also occur as a result of cesarean section and are not necessarily related to forceps.

When the researchers further processed the data, they found additional evidence that instrumental birth isn’t the main factor that increases the risk of neonatal morbidity.

The morbidity was found to be strongly and distinctly associated with preterm birth and low birth weight, as well as low weight gain of the mother during pregnancy, and not necessarily with forceps at birth. Even after examining the dependent and independent indices and their effect on the findings, the researchers concluded that forceps birth, however rare, is associated with a relatively low percentage of fetal and neonatal morbidity, and there is no reason to fear it.

This is in line with the results of a previous study by researchers, which found that maternal morbidity in Israel is relatively low compared to reported worldwide among forceps births.

The findings may indicate a need to recalculate the use of forceps at birth, as well as the practice of the method. It’s possible to still use forceps in clinical practice, the researchers explained in their paper.

It should be noted that it was found that 10% of forceps births were performed after vacuum birth failure.

The researchers added that it shows that there is still some importance to performing forceps births as an alternative to performing a complex cesarean birth.