Coronavirus likely to target the brain as well as lungs

The new study has found that, among some patients, the virus uses the brain as a fertile breeding ground in which to replicate itself. 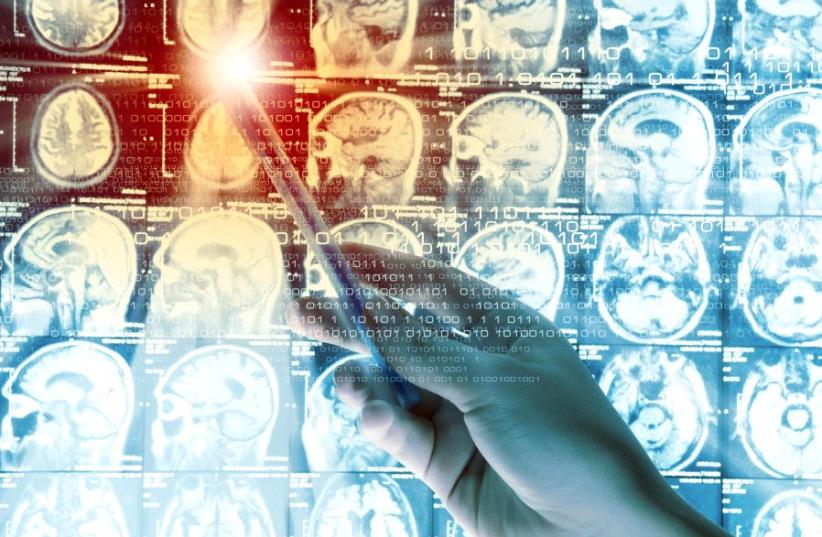 Brain scan (illustrative)
(photo credit: ING IMAGE/ASAP)
Advertisement
While the lungs, the liver, the kidneys and even blood vessels are often targeted by the coronavirus, a new study shows that the brain may also be on the coronavirus's hit list, according to The New York Times.
The study – which has not yet been peer-reviewed but received positive feedback from researchers in the field soon after it was posted online – has found that among some patients, the coronavirus uses the brain as a fertile breeding ground in which to replicate itself.
How the virus gets into the brain in the first place remains unclear at this stage.
Akiko Iwasaki, a Yale University immunologist who led the study, explained that "if the brain does become infected, it could have a lethal consequence."
If the virus does take hold in brain cells, it takes control of the oxygen supply to those cells, thus causing permanent and irreversible damage to them.
The virus is so sophisticated that it manages to avoid triggering a reaction from the immune system, surreptitiously using the patient's brain cells as a haven to reproduce.
The results of the study were obtained by examining brain infections using three different methods: examination of harvested brain tissue from a deceased coronavirus patient, a mouse model and some brain cells on a petri dish.
Dr. Alysson Mutori, a neuroscientist from the University of California who studied the Zika virus, said that the coronavirus also significantly damages neural connections known as synapses: "Days after infection, we already see a dramatic reduction in the amount of synapses."
The study additionally examined the virus's infection mechanism. It appears that the virus enters the human cell via unique protein structure on its surface called ACE2. The protein is found throughout the human body, particularity in the lungs but to a lesser extent in the brain.
When infecting two mice with coronanvirus, one with ACE2 only in the brain, and the other having it only in the lungs, the one with the protein in its brain died within days, while the other one survived.While additional data is needed to draw more weighty conclusions from these experiments, one thing seems certain: no organ is safe from the coronavirus.
Learn more about Assuta Ashdod by signing up for our newsletter >>
Sign up for the Health & Wellness newsletter >>