Depression, obesity may be major risk factors for COVID-19 complications

The data found that patients aged 50-18 who suffer from background diseases, such as obesity and clinical depression, were at a significantly higher risk for exacerbation of the disease. 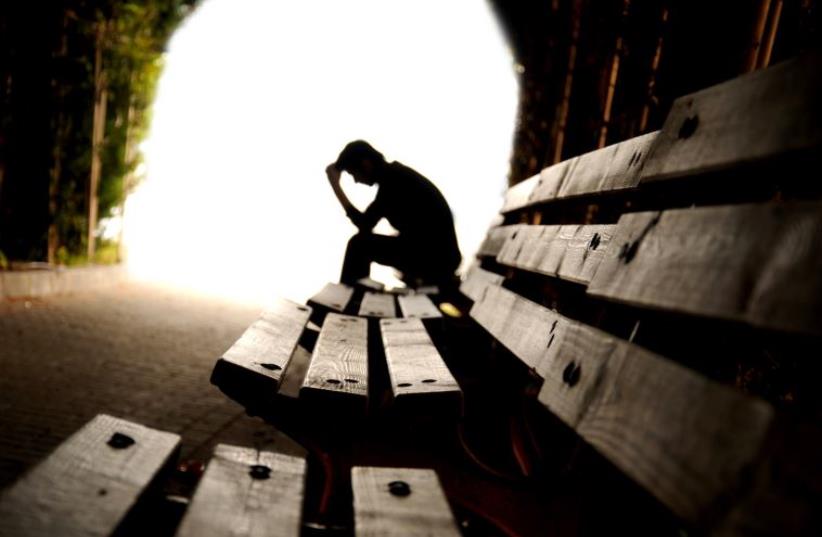 Teen depression
(photo credit: INGIMAGE)
Advertisement
A new report by the Maccabi Health Fund's Research and Innovation Institute, KSM, found that clinically diagnosed depression and obesity significantly increase the risk of complications from COVID-19 among young people.
Prof. Gabi Hodik of KSM, one of the study's authors, said that he believes that patients under the age of 60 with diagnosed depression are a high-risk group, that should be considered a priority group to get the coronavirus vaccine.
The study found that patients aged 50-18 who suffer from background diseases, such as obesity and clinical depression, were at a significantly higher risk for exacerbation of the disease.
The data found that obesity was associated with an 11-fold increase in complications among this age group, and clinically diagnosed depression increased the risk of developing the disease fivefold. Obesity in particular, was a more significant risk factor in populations up to the age of 50 than in older populations.
It also shows that background diseases among those aged 65 plus, such as cognitive disorders (Alzheimer's for example), kidney disease, heart disease and patients in institutions - are associated with a doubling of the risk of complications.
Other significant risk factors found in the study, which increase the risk of complications from COVID-19, were cardiovascular disease, obesity in the elderly (though it is more pronounced at a younger age), high blood pressure, depression in all age groups and cognitive and neurological disorders for patients aged 65 and over.
At the ages of 65-50, the biggest risk factors for complications were terminal illnesses and severe kidney disease. At the ages of 50-18, the biggest risk factors found  were obesity, depression, hypertension and liver disease.
Hodik noted that "It can be assumed that risk factors increase in clinical depressive states due to the patient's inability to treat himself, and therefore in a disease such as COVID-19 he is functionally limited and finds it difficult to overcome."
Hodik also noted that "Although there are small numbers of young people diagnosed with clinical depression (about 5% of all respondents), the rates of deterioration in the disease were high, so it is a relatively significant risk factor."
The study was done based on data from patients from the first wave and included about 4,000 patients from the Maccabi Health Fund whose risk factors and medical background were analyzed. Of the 4,353 patients aged 18 and above, 173 (4%) of the patients suffered from severe complications.
Sign up for the Health & Wellness newsletter >>