Four rivers in the Golan Heights were closed indefinitely on Monday. 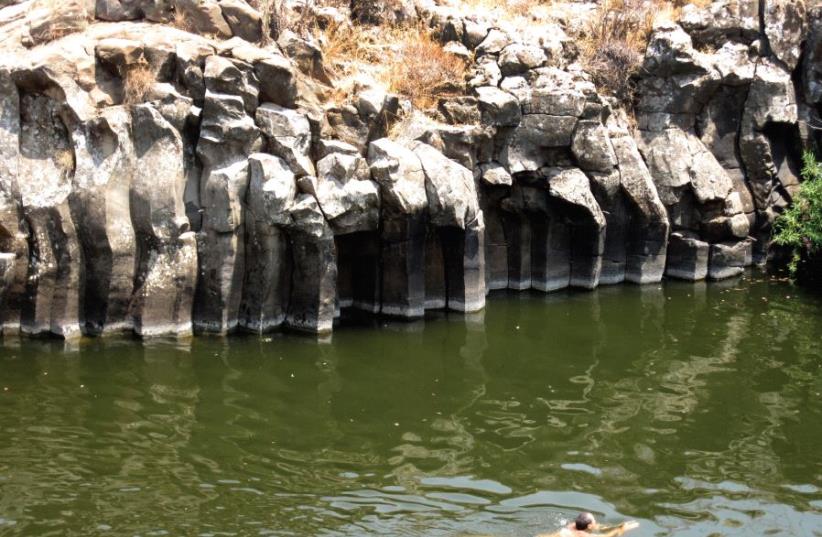 Upper Zavitan River
(photo credit: HADAR YAHAV)
Advertisement
Five people were hospitalized over fears they contracted leptospirosis, a potentially deadly bacterial infection, Mayanei Hayeshua Medical Center announced on Wednesday.Four of the patients hiked near a kayaking site at the Jordan River and began to discover symptoms that resembled leptospirosis about two weeks later.The fifth hiked in a different spot along the river and went to the hospital last Friday, but returned on Wednesday after feeling ill, hospital officials said.The officials said it will take a number of days before full results of laboratory tests will be known.Golan Regional Council head Eli Malka said health authorities were working to rectify the situation.“The Ministry of Health, the Water Authority and the Israel Nature and National Parks Protection Authority are committed to undertaking a comprehensive and immediate operation in order to investigate and locate the source of pollution in the streams in the North, and we will work to eradicate it and allow safe swimming,” Malka said in a statement. “Anyone who has planned his vacation in the North of the country is invited to come to dozens of sites and attractions that do not include water, and enjoy a variety of hiking trails in the beautiful landscapes of the North.”Four rivers in the Golan Heights were closed indefinitely on Monday, after more than 20 people came down with illnesses, prompting fears of an outbreak of leptospirosis.Army Radio reported that the Health Ministry said 25 people as of Monday afternoon had become sick and were hospitalized because of the bacteria, including 12 soldiers.In a news release on Sunday published in multiple languages, the ministry said it was “reviewing a number of cases of probable Leptospirosis... [that] probably originated from a water source in the Golan Heights.”The ministry promised further updates, and said, “In any event, [hikers should] follow the signs on hiking trails in the Golan Heights, and it is advised not to swim in non-flowing water bodies.”Both the Zavitan and Zakai streams are adjacent to popular hiking trails in the Golan. The Zavitan trail in particular is known for the distinctive hexagonal-shaped rocks that overlook the stream.Oren Oppenheim contributed to this report.
Learn more about Assuta Ashdod by signing up for our newsletter >>
Sign up for the Health & Wellness newsletter >>