The committee is composed of five prominent infectious diseases, critical care, internal medicine and pumonology specialists from around the world 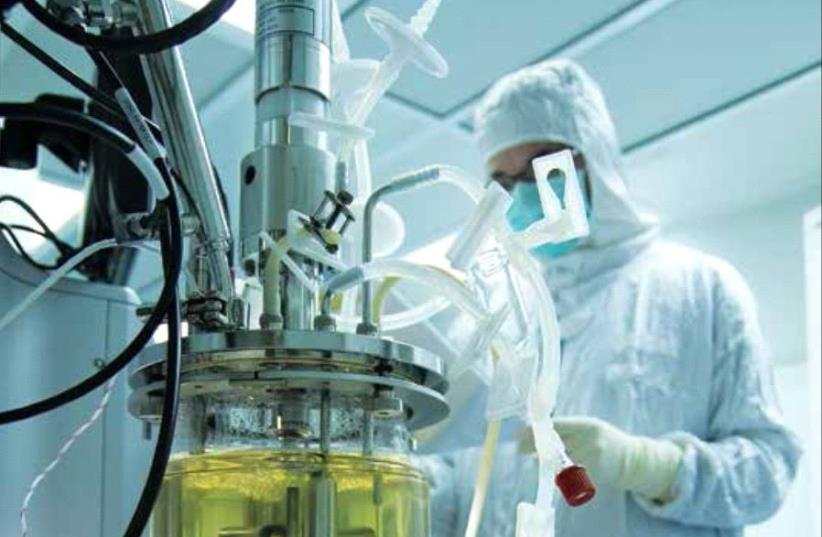 A Pluristem bio-reactor in action
(photo credit: PLURISTEM THERAPEUTICS INC.)
Advertisement
Israeli bio-pharmaceutical firm Pluristem officially formed a Steering Committee for its clinical program for its treatment of coronavirus complicated by acute respiratory distress syndrome (ARDS).The committee is composed of five prominent infectious diseases, critical care, internal medicine and pumonology specialists from around the world, and is chaired by critical care expert Prof. R. Phillip Dellinger of Cooper University Health Care.Also sitting on the committee is Brown University's Prof. Mitchell Levy, the University Hospital of Bonn, Germany's Prof. Christian Putensen, Amsterdam University Medical Center's Prof. Tom van der Poll and Sheba Medical Center's Prof. Galia Rahav.“With no approved treatments for ARDS due to COVID-19 available today, I am honored to chair Pluristem’s Steering Committee,” Dellinger said in a statement.“I look forward to working with my esteemed colleagues to advise on the development of Pluristem’s COVID-19 treatment, which has the potential to help severe patients in need throughout the world.” “We’ve assembled this Steering Committee, comprised of prestigious leaders in their fields from  around the world, to guide and help accelerate PLX-PAD’s clinical development path at this critical time,” said Pluristem president and CEO Yaky Yanay. “We highly value the knowledge, talent, and experience shared by each of these key  opinion leaders as we join forces to deliver an effective cell therapy for the most severe cases of COVID-19.”The formation of the committee follows the Haifa-based company's recent expansion of its Phase II trial for treating severe COVID-19 complicated by ARDS.Yanay explained to The Jerusalem Post that accumulated evidence shows that many of the patients who fall victim to coronavirus die because of an increase in the production of inflammatory molecules called cytokine, rather than the virus itself.When the immune system secretes too many cytokines, a so-called cytokine storm can erupt and damage the body’s lungs and other organs. Such an excessive immune response ravages healthy lung tissue, leading to ARDS and multi-organ failure, the most common causes of death in COVID-19 patients.PLX-PAD has immunomodulatory and cytoprotective properties that could play a meaningful role in mitigating the tissue-damaging effects of COVID-19 on the lungs. The therapy, which has been administered through compassionate use programs in Israel and the US, has been found to protect patients from deteriorating and speed their recovery.Maayan Hoffman contributed to this report.
Sign up for the Health & Wellness newsletter >>