The dangers of Passover preparations: don’t be careless

With parents busy with pre-Passover cleaning and school vacations looming, the dangers of chemical poisoning, drowning, burns and other harm of unsupervised children grow. 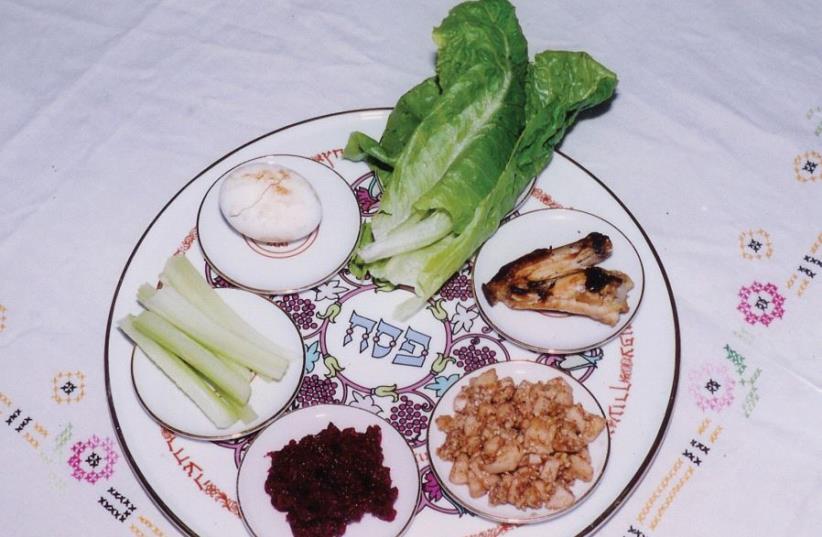 Passover seder plate (illustrative)
(photo credit: WIKIPEDIA)
Advertisement
With parents busy with pre-Passover cleaning and school vacations looming, the dangers of chemical poisonings, drowning, burns and other harm of unsupervised children grow.United Hatzalah, Magen David Adom and the Health Ministry have all issued guidelines in an attempt to reduce accidents and harm during this high-risk period when large numbers of youngsters are usually taken to hospital emergency rooms for treatment.United Hatzalah has instructed all of its volunteers to keep their medical-response equipment within arm’s reach, even while they are touring or vacationing with their families, to be prepared to deal with any emergency.United Hatzalah founder and president Eli Beer said: “Each year, we see that the number of emergency calls received by our organization rises dramatically before and during the holiday. Many of the calls come from hikers who are not careful, incidents in which the burning of leaven on the eve of Passover got out of hand, and children coming into contact with cleaning agents or choking on bits of leaven or matza.“We are therefore asking the public to be more careful this year than in previous years and be especially aware of these issues so as to avoid medical emergencies so that we can all enjoy a safe, healthy and happy holiday,” he said.The Health Ministry, in cooperation with the National Poison Control Center at Haifa’s Rambam Medical Center and Beterem, the National Center for Child Safety and Health, said that last year, nearly 1,000 children – half of them up to the age of six – were exposed to chemicals during the weeks before Passover. More than half of the exposure to poisons in the week before Passover involved chemicals and 40% medications.Harm during pre-Passover cleaning is usually caused by cleaning materials and household pesticides, bleach, detergents, limescale removers, paints, oven cleaners, insecticides, acids and petroleum distillates. After cleaning it is advisable to open windows and air out the house.In some instances, parents have mistakenly put chemicals in beverage bottles and glasses that children think are harmless. Adults also tend to order the household medicine cabinet, throwing out old medications, which can find their way into children’s hands. Keep chemicals away from children’s reach – high or locked. Immediately after use, be sure to put them back in place and close the container to avoid children’s swallowing or inhaling toxic substances and burns. Do not mix detergents, especially acids and bleaches, as such mixtures release toxic gases. Pregnant and breastfeeding women should avoid being exposed to chemical and poisonous materials. Always read product instructions before use.If you suspect that you have had exposure to a toxic substance, contact the National Poison Control Center at (04) 777-1900.In the event of poisoning, dial 101 for MDA and call for an ambulance. It is strictly forbidden to give any “antidote” – do not give milk or lemon juice to drink. Causing a person to vomit is also dangerous for the victim. Make sure the airways are open and place the patient in a position that is comfortable.If only the eyes are affected, wash them out the eyes well with running water only and do not rub them. If the irritation, redness and tears continue call MDA.In the case of slight allergy or local sensitivity, wash the area with water only and act according to the instructions on the packaging. If breathing difficulties or swelling develop, dial 101 and call for an ambulance. At the same time, sit the victim down.While baking, cooking and burning the leaven – move the children away, watch over them and instruct them to keep away from sources of heat. Remove hot objects from places reachable by children (for example kettles, water heaters and baking trays).Leaven should be burned outdoors and only in the specifically designated containers.It is important to note: Do not give children items to throw into the fire. Don’t throw any spray can or container into the fire. Do not leave fires burning without supervision. Make sure to have at least two large full pails of water near any fire.If a persons’ clothes catch fire, do not run. Stop, drop to the ground and roll on the ground numerous times. One can also cover themselves with a wet blanket or towel.In the event of a burn, one should place the affected area under cool running water for 15 minutes and go for medical help.During Passover, be careful when you give young children matza. Make sure the pieces are chewed well to avoid choking.Be especially careful of fish bones, and do not give children under the age of three whole nuts.If you go on a hike during Hol Hamoed, wear a wide-brimmed hat and take along at least four liters of water per day for each person. Wear clothing that is appropriate for the intended hiking path. Follow trail markers while hiking, and do not stray from the outlined path.Do not kick or push rocks down hillsides or over cliffs as you can never know who will be at the bottom. Do not enter caves without proper equipment such as flashlights and reserve batteries. Do not sleep on or near cliffs or steep hills. Make sure at least one contact person, who is not traveling with you, knows where your hike will be going and what time you are expected to be home.In the event of snakebites and scorpion stings, do not cut away at the area; attempt to suck out the poison, cool the area and put on a tourniquet. The best thing to do in such a case is to immobilize the area and the patient and transport them to a hospital as quickly as possible.
Sign up for the Health & Wellness newsletter >>