US to send artillery, helicopters, APCs after Zelensky weapons plea

"I just spoke with President Zelenskyy and shared with him that my Administration is authorizing an additional $800 million in weapons," said US President Biden.

The US will be sending an additional $800 million shipment of heavy weapons that includes artillery pieces, helicopters, and armored personnel carriers, US President Joe Biden said in a statement on Wednesday after his call with Ukrainian president Volodymyr Zelenksy.

"I just spoke with President Zelensky and shared with him that my Administration is authorizing an additional $800 million in weapons, ammunition, and other security assistance to Ukraine," Biden said.

The White House's announcement came after Zelensky made an appeal to allies and supporters for more heavy weaponry. He appealed that if the West and Europe provided weapons now, they would not need to fight Russia later — Ukraine would stop them now.

Zelenksy's requests included for artillery systems and ammunition. According to DoD News, the US will be transferring 18 155 mm artillery pieces and 40,000 artillery shells.  The US will also provide AN/TPQ-36 counterartillery counter artillery radar, which will allow Ukrainian forces to detect the launch site of projectile fire and quickly counterfire.

Armored vehicles were also on the list of Ukrainian requests. The US will be sending 100 armored Humvees and 200 M113 armored personnel carriers, according to DoD News. M113s are generally regarded in Israel as old obsolete units, and the IDF has made significant efforts to phase out the M113s with APCs that can withstand modern anti-armor systems. 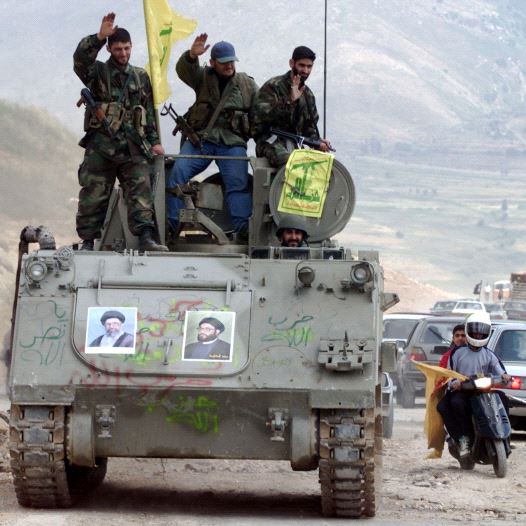 Pro-Iranian Hezbollah guerrillas, riding on an APC M113 used by pro-Israeli militiamen, wave to passing motorists as they drive in the former Israeli security zone in the Tell Nahas area of south Lebanon May 26, 2000. (credit: REUTERS)

Zelensky has repeatedly called for combat aircraft throughout the war, and repeated the request on Wednesday. The Biden administration committed to sending 11 Mi-17 helicopters, adding to five sent earlier in the war, DoD News reported. Mi-17 helicopters are Soviet-made helicopters that can come in both transport and gunship varieties. It is unclear what versions will be sent to Ukraine.

Christian Science Monitor reported in 2013 that the US was purchasing Mi-17s from Russia to supply to Afghanistan. The reason the Afghan Army was supplied the Soviet aircraft is largely the same reason why it is being sent to Ukraine — familiarity with the system.

More munitions will be sent to Ukraine with the new package, including  M18A1 Claymore mines, Javelin anti-tank missiles and Switchblade suicide drones, said DoD news. In the previous military aid package, the US committed Javelins and 100 Switchblade drones. which are also referred to as loitering munitions, for their ability to be launched and to wait on standby until an enemy approaches.

Zelensky also requested rocket artillery systems and anti-air platforms. Last week Slovakia said that it had given a S-300 air defense system to Ukraine, the first such given to Zelensky's army.

Pentagon Press Secretary John Kirby told DoD news that many of the new weapon systems in the package will require training Ukrainian forces in their use. specifically on the artillery systems, radar systems, optics, rangefinders, and mines. This is in addition to the Switchblade drones from the previous weapons package.

"What we would do, because they are in an active fight, is a 'train-the-trainer's' program. So, pull a small number of Ukrainian forces out so that they can get trained on these systems and then send them back in," Kirby told DoD News.

"We are warning that US-NATO weapons transport across Ukrainian territory will be considered by us as legal military targets," TASS quoted Ryabkov as saying.

On Thursday, the minister president of the German state of Saxony cautioned against the supplying of some heavy weapons to Ukraine, TASS reported.

"We would have crossed the line if we had deployed tanks or planes or even established a no-fly zone. This line must be maintained," Kretschmer said

Biden's announcement comes as the previous $800 million weapon commitment is still in the process of being delivered to Ukraine.

Service members of the Ukrainian Armed Forces fire a Javelin anti-tank missile during drills at a training ground in an unknown location in Ukraine, in this handout picture released February 18, 2022. (credit: UKRAINIAN JOINT FORCES OPERATION PRESS SERVICE/HANDOUT VIA REUTERS)

On April 6 the US announced that it would be sending $100 million worth of Javelins and 100 Switchblade drones.

With the newest aid package, the approximate worth of US aid packages to Ukraine is brought over $ 2 billion. US security assistance to Ukraine since the beginning of the Biden administration has been about $3 billion.

US politicians are currently working on a "Ukraine Democracy Defense Lend-Lease Act," which passed in the US Senate. Ukrainian Foreign Minister Dmytro Kubela praised the act, saying  it was an "important first step towards a lend-lease program to expedite the delivery of military equipment to Ukraine. Looking forward to its swift passage in the House and signing by the US President."

"Pumping up Ukraine with weapons in various formats is not conducive to success in Russian-Ukrainian negotiations," Kremlin spokesman Dmitri Peskov said in response to Lend-Lease, TASS reported. "Of course, this will more likely have a negative effect."