A person familiar with the matter told Reuters the part was almost certainly from a Boeing 777 but that it had not yet been established if it came from MH370. 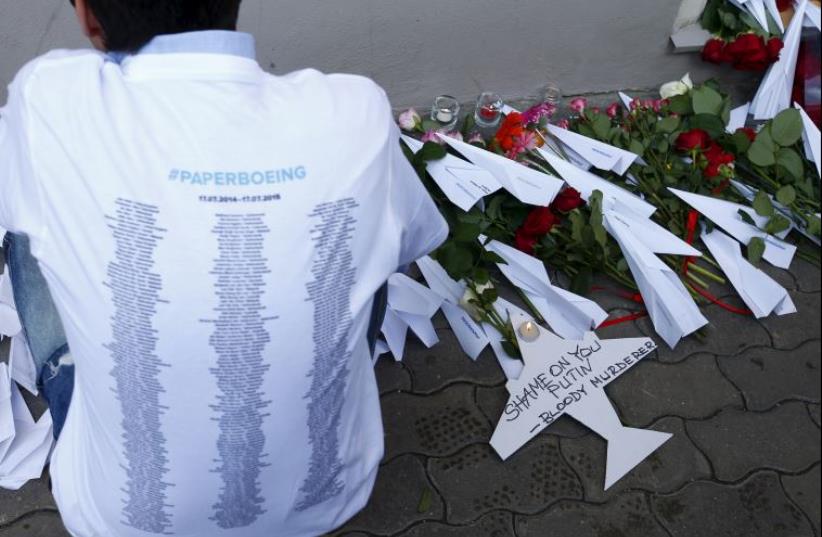 Malaysian airline memorial
(photo credit: REUTERS)
Advertisement
France's air crash investigation agency is studying a piece of plane debris found on Reunion Island off the east coast of Madagascar in the Indian Ocean for possible links to missing Malaysia Airlines Flight MH370, a spokesman said on Wednesday.A person familiar with the matter told Reuters the part was almost certainly from a Boeing 777 but that it had not yet been established if it came from MH370.A US official said air safety investigators had a "high degree of confidence" the debris was from the same model as MH370, the Associated Press reported.No trace has been found of MH370, which disappeared in March last year carrying 239 passengers and crew while en route from Kuala Lumpur to Beijing, in one of the greatest mysteries in aviation history. Most of the passengers were Chinese.Search efforts led by Australia have focused on a broad expanse of the southern Indian Ocean off Australia."In the event that the wreckage is identified as being from MH370 on La Reunion Island, it would be consistent with other analysis and modeling that the resting place of the aircraft is in the southern Indian Ocean," Australian Deputy Prime Minister Warren Truss said in a statement.The plane part, which according to aviation experts may be a moving wing surface known as a "flaperon" situated close to the fuselage, usually contains markings or part numbers that should allow it to be traced to an individual aircraft, the person familiar with the matter said.There have been four serious accidents involving 777s. Only MH370 is believed to have crashed south of the equator.A spokesman for France's BEA crash investigation agency said it was too early to draw conclusions."At this point in time the BEA is studying the information on the airplane part found in La Reunion, in coordination with our Malaysian and Australian colleagues, and with the judicial authorities," the spokesman said in an email."The part has not yet been identified and it is not possible at this hour to ascertain whether the part is from a B777 and/or from MH370," he said.The part is roughly 2-2.5 meters in length, according to pictures of the debris. From the photos, it appeared fairly intact and did not have visible burn marks or signs of impact.Malaysia said it had sent a team to Reunion Island to verify whether the washed-up debris was from MH370. The island, about 600 km (370 miles) east of Madagascar, is a French Indian Ocean territory.Malaysia Airlines said it was too early to speculate on the origin of the debris.The Australian Transport Safety Bureau (ATSB) said it was working with Boeing and other officials."We know about it and we are trying to work with our French colleagues to try and figure out if this is from MH370. It could take some time," Chief Commissioner Martin Dolan told Reuters.Boeing declined to comment on the photos, referring questions to investigators.A spokeswoman for the Federal Aviation Administration (FAA) declined to comment, saying the investigation was ongoing.Robin Robertson, an oceanographer at the University of New South Wales in Sydney, said the timing and location of the debris made it "very plausible" that it came from the wreckage of MH370, given what was known about Indian Ocean currents."It's about the right time for something. It depends on where it went in, but it's about the right time for debris to wash up," Robertson said.Rob McCallum, vice-president at search and recovery firm Williamson & Associates, described the discovery as a "very positive lead".John Goglia, a former US National Transportation Safety Board member, said the search area for MH370 might need to be greatly expanded."It could still be a vast area," he said, because the piece could have floated a long distance."It might move the search area further west."