Lewis was a leading scholar on Oriental and Middle Eastern studies. 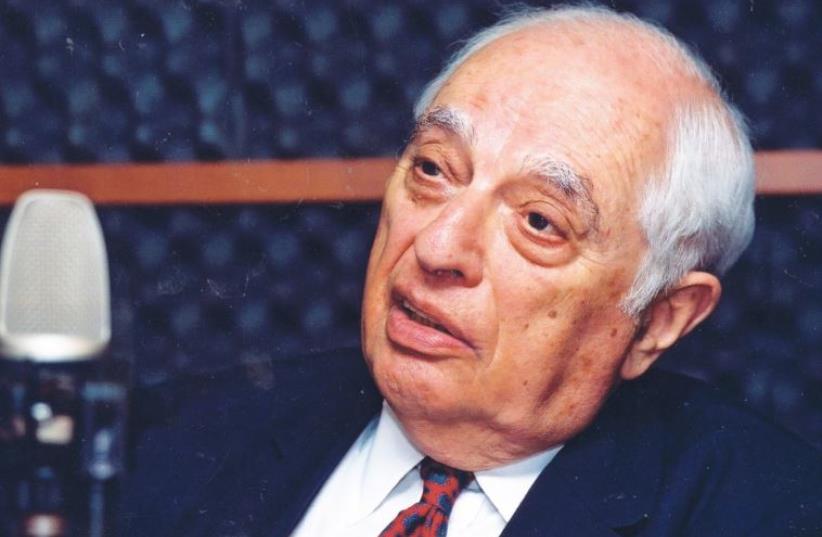 BERNARD LEWIS
(photo credit: ARIEL JEROZOLIMSKI)
Advertisement
Bernard Lewis, scholar and the “West’s leading interpreter of the Middle East,” died in Voorhees Township, New Jersey, on Saturday, 12 days shy of his 102nd birthday.Lewis was a leading scholar on Oriental and Middle Eastern studies. His study of antisemitism, Semites and Anti-Semites (1986), was a cry against Soviet and Arab attempts to delegitimize Israel. In other works, he argued that Arab rage against Israel was disproportionate to other tragedies or injustices in the Muslim world.A champion for Israel, Lewis was an often controversial figure, on this subject and others. He was accused of being a “genocide denier” for his views on the Armenian Genocide. His support of the Iraq War has also brought criticism.His What Went Wrong? (written before 9/11) explored the Muslim world’s difficulties with modernization.Born to Jewish parents in Stoke Newington, London, Lewis was educated at the University of London, primarily at the School of Oriental and African Studies, as well as at the University of Paris. His PhD was in the history of Islam.In a teaching career spanning nearly 50 years, Lewis was appointed as an assistant lecturer in Islamic History at SOAS in 1938. During the Second World War, from 1940- 1941, he served in the British Army’s Royal Armored Corps and Intelligence Corps, before being seconded to the Foreign Office. He returned to SOAS in 1949.In 1966, Lewis was a founding member of the Middle East Studies Association of North America, but in 2007 he broke away and founded the Association for the Study of the Middle East and Africa, to challenge the Arabist-dominated MESA.Lewis became a naturalized citizen of the United States in 1982.He retired from Princeton in 1986 after 12 years there, and taught at Cornell University until 1990.Lewis’s death was confirmed by his partner, Buntzie Churchill, who provided no details regarding the cause.