Is Israel prepared for the worst?

Gov't warns of Haiti-like magnitude earthquake within next 50 years.

By RON FRIEDMAN
JANUARY 15, 2010 17:35
Haiti dead
(photo credit: AP)
Advertisement
On Tuesday, the tropical country of Haitiexperienced an earthquake with a magnitude of 7 on the Richter scale.Statistically speaking, Israel is likely to experience an earthquake ofsimilar magnitude, sometime in the next 50 years. "We know for certainthat it will happen in Israel and we know that as time goes on, thechances of it taking place in our lifetimes is greater," said Dr. AviShapira, the head of the government steering committee for earthquakepreparedness.
The last major earthquake to occur in the regionwas a 6.2 magnitude quake, which took place 100 kilometers south ofEilat in 1995. The last fatal earthquake took place in 1927 and wasalso measured at 6.2 in the Richter scale. Nearly 500 people werekilled.
Israel's eastern border runs along one of the world's seismichotspots, the Syrian-African rift fault line. With the averagetime-span between earthquakes on the same scale in the regions standingat 80 years, geology experts agree that Israel is long overdue for thenext major earthquake and that it can happen at any time. Even with thebest available equipment notice will be short. 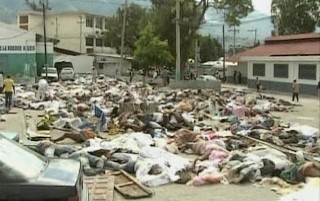 This poses a significant threat to population centers in thecountry, since many buildings in Israel were erected prior to theformulation of earthquake-resistant construction codes. Thegovernment's response to the danger, approved in 2005, is a nationalreadiness program called Tama 38.
Tama 38 authorizes renovation permits to buildingswhose plans were approved prior to 1980, the time when strict buildingcodes were established. The idea behind the program is that by givingbuilding owners incentives in terms of tax breaks on renovations oradding apartments, the owners will improve the building's resistance toearthquakes, the assumption being that it is the crumbling buildingsand not the earthquakes themselves that lead to fatalities.
One of the ways in which a building can be strengthened is byenclosing its first floor. Many older buildings in Israel are built oncolumns, which geologists say are an obvious hazard. Another is byinstalling an elevator shaft, which adds strength and stability toolder buildings.
Apart from Tama 38, which is meant to reduce thedamage caused by earthquakes, emergency services are all trained torespond in a case of a major earthquake. If such a quake takes placeprimary responsibility will be granted to the Home Front Command. Thefollowing is the Home Front Command's list of recommended instructionson how to prepare for and act in the case of an earthquake:
Initial preparations:
Advertisement
Subscribe for our daily newsletter